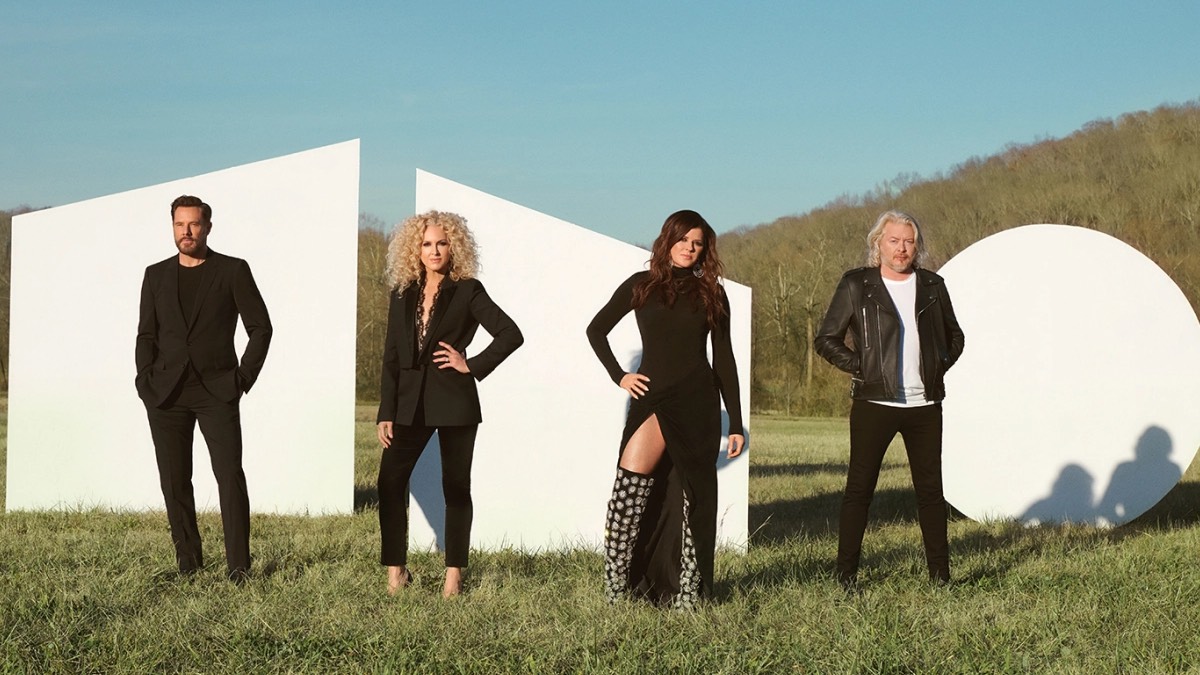 Little Big Town joins ‘Today’s Country Radio’ with Kelleigh Bannen to celebrate the release of their tenth album ‘Mr. Sun.’ Karen, Jimi, Kimberly and Phillip talk creative freedom, the songs that breakups ruined for them and how the early-days manifesto they created still guides their values years later.

Tune in and listen to the episode in-full anytime on-demand at apple.co/_TodaysCountry.

Little Big Town on the public’s perception of them upon releasing their debut album.

JIMI: As a band, we were green and just excited to be there and-

JIMI: We learned a lot of lessons in that era of trusting our gut. A lot of times, especially that record, they didn’t even talk about the music. It was more about… all of our hair product and such.

KAREN: And, if we really knew each other, like they-

KELLEIGH: That was the story?

PHILLIP: Yeah, they found us from different places, put us together…

Kimberly on making ‘Mr. Sun’ during COVID and It feeling reflective.

We hadn’t even come through COVID we were right in the middle of it. We’ve been together over 20 years. We’ve done so many things together, but we’ve never made a record in masks and in a pandemic and with just a lot of fear hovering over everyone’s lives at the time. And, a lot of perspective about, “If it ends tomorrow, what really, really matters?” And, we were all faced with that. And so, there’s a lot of that on the record.

All the peripheral things just kind of were shed. They weren’t accessible. It came back down to the things that mean the most. And, that’s why I’m so happy that that song ended up on this record because I think it’s timely. It’s very much, I think what a lot of people were feeling and that’s always been an important part of my life, is my family and the base that they gave me.

“Girl Crush” was that, where it was going and it was getting negative attention, positive attention. Then, all of a sudden, when it hit a wall, our community turned out and started talking about it and made it something and people started listening. That was very rewarding in that risk element for sure. That song, every night we play it, it just blows me away.

KAREN: I think we also know that, that’s just a once in a lifetime moment, and they inspired so many people to look for those kinds of moments to say… I can hear their influence on even pop culture of the way that song impacted people of like, “Wow, you can really grab someone with a 6/8 waltz about jealousy.” And, they just said it in such a provocative way. It’s a beautiful melody, and it’s said so well. And then, the fact that Harry Styles covered it, isn’t half bad at all.

Little Big Town on writing ‘Friends Of Mine‘.

PHILLIP: That was a moment together in the studio, all of us and with Foy Vance who we wrote it with. And, we were writing a lot of things in that session and in that time. There was a week there and that particular song just… We were specific about, we wanted to write something that would bring everyone together, end of the show, a message to the fans, a love letter to the fans. And, that’s what that is.

KAREN: And, you know we wrote that pre-COVID. So, the fact that-

JIMI: That was at the end of ‘Nightfall’-

KAREN: And, it didn’t make the ‘Nightfall’ record because we were already done really. And now, it’s so appropriate, to be back with the fans and be able to say, “We’re going to make it through all this.”

In this article:Little Big Town