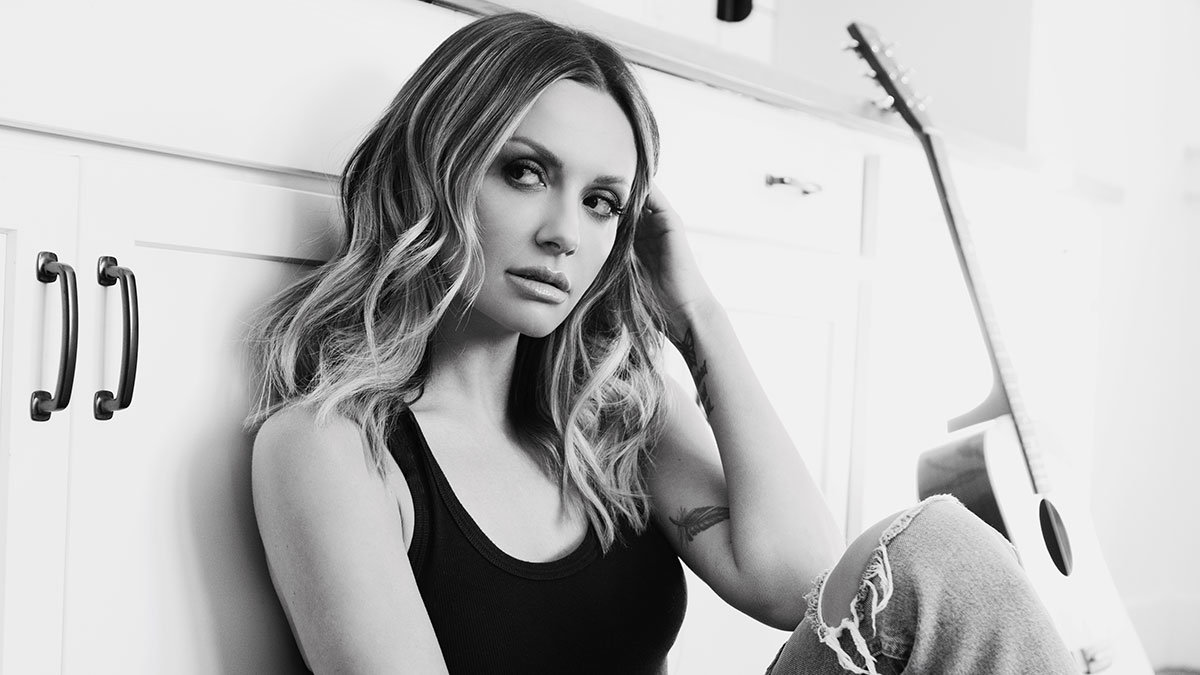 Carly Pearce first arrived on the country scene with the release of ‘Every Little Thing’ back in 2017 and we knew back then that this was the start of something special. Now coming to the end of the ’29: Written in Stone’ phase (which included a five-star review from us here at EF Country) of her career, the reigning CMA and ACM ‘Female Vocalist of the Year’ just played her first headline tour of the UK. We were thrilled to get to speak to her backstage at the London show to talk all about the past two years and look ahead to the next two and more besides!

It’s great to speak to you Carly, even under odd national circumstances here in the UK. Have you been able to interact with the things going on this week as we mourn the loss of the Queen or does the tour bubble shield you from current events somewhat?

Oh my gosh! I went to Buckingham Palace yesterday and I felt very fortunate to be able to witness such an important moment in world history. You can feel how much this city and this country loves their Queen.

I guess there is nothing of a comparable nature in the USA?

No, there isn’t. It’s not the same when a president dies, at all. We don’t have anything like the kind of spectacle that I’m seeing here right now.

I saw you at the Nissan stadium in June during CMAFest. Tell me about that duet with Wynonna Judd!

‘Why Not Me’ is one of my favourite songs of all time. I knew that the CMA wanted to do a tribute to The Judds, and Naomi, in particular, obviously. I texted Wynonna and asked her right out if she would sing with me! (laughing) I wanted to honour her mum in the best way that I knew how and Wynonna said yes immediately!

That was a full circle moment that I’ll never forget.

(Emphatically) YES!!! (laughing) To sing with one of your heroes and do the song and the artist justice is quite nerve-wracking but it was such a fun moment in my career and an honour to do.

I want to congratulate you on this year’s slew of CMA nominations. As the reigning ‘Female Vocalist of the Year’ do you feel a pressure that the title is yours to lose or have you not thought about it in that way?

(Laughing) I think if you look at the five girls nominated in that category, we’ve all had such an amazing last twelve months. Anyone one of us deserves to win that award so I don’t think you can look at things in a ‘Oh my god, I have to win this award this year’ way, you know?

Nobody can ever take away the fact that I was both ACM and CMA ‘Female Vocalist of the Year’ last year. Would I love to win it again? Sure. But if somebody else wins it then they will have deserved it.

I still think about how heartfelt and authentic your acceptance speech from last year was on a regular basis! How many times have you watched it back?

I’ve had to watch it back a lot of times because I get asked what was I thinking quite often too! (laughing) I honestly don’t know what I was thinking in that moment because it was truly the greatest moment of my life, that and Dolly Parton asking me to become a member of the Grand Ole Opry!

You’ve got a collaboration coming out with Kelsea Ballerini and Kelly Clarkson on September 23rd as part of Kelsea’s new album ‘Subject to Change’ called ‘You’re Drunk, Go Home.’ What was it like working with those awesome artists?

Oh my gosh! Kelsea is a long-time friend of mine so when she asked me to come on board with the song I was, like, ‘Of course!’. We both love Kelly Clarkson and so it was fun getting to work with her.

It’s such a fun song and the three of us have a lot in common so it’s so cool to be able to work together.

Will it be a song that only Kelsea can do or will you be able to bring it into your set if it is a big hit?

I’m sure that if she made it a single we’d be able to do it in our shows but it is Kelsea’s song, she wrote it.

You’re coming to the end of your ’29: Written in Stone’ phase now. It’s been such a wonderful couple of years for you. Can you sum up in a few words what this phase or part of your career has meant to you?

(Gasping!) Oh! Wow. I think I would have to say life-changing, for sure. I would also say ‘meant to be’. What I mean by that is that I was always meant to go through what I did (the divorce from husband Michael Ray) because look at what that has done for me. I’m not even saying for my career, but look what it has done for me as a person too.

I wish everybody could see their clear purpose the way that I now see mine.

You must have been thrilled by the fan acceptance and the industry reaction to the album as well?

Oh yes! I never even knew if the music was ever going to make it to the airwaves! I remember having a very honest conversation with the president of Big Machine, Scott Borchetta, about it and how nervous I was. He said ‘I know what kind of artist you are and you have to go and write this music.’ He gave me the creative liberty to be able to go and produce this album. I will always be grateful to him for honouring my creative needs.

Going into the project did you have a particular favourite song and as you come out of the project has that changed now to a different favourite at all?

(Thinking). I think my two favourites are ‘What He Didn’t Do’ and the title track, ’29’. They are such personal songs for me that speak to the lived experience that drove all the creativity on this album.

With maybe ‘Easy Going’ thrown in for good measure?

(Laughing) That was my tribute, or my rip, of The Judds’ ‘Why Not Me’! (Laughing)

Can you give us a little insight into CP4 and how the writing process is going for your next album?

I can! It’s going really well. I feel like I have about half an album written right now. It’s kinda reflecting the phase that I am in my life right now where life is really turning out to be so much greater than I thought it would be.

I feel like Country music has served me in such a way that I never thought it would. As I move forward in my personal life, giving your heart to somebody after what I went through is hard so I think there will still be a little bit of that vulnerability that was all over ’29: Written in Stone’ in CP4 as well. It’s not going to be all love songs and roses, I can tell you that! (laughing)

Can we expect a collaboration or two along the way as well?

Oh, I’m sure there will be! (laughing) I don’t know what that will be, yet, but I do have some co-writes on the books coming up so we’ll have to wait and see what emerges from those!

You’re going out on tour with Blake Shelton in 2023. Have you toured with him before?

Yes, yes I have! I was in the slot that Jackson Dean is in with us next year when I went out with Blake last time. This was back in 2018 on the ‘Country Music Freaks’ tour Blake did. So, to be able to go out with Blake again, but to have moved up a slot is amazing.

Blake has always been really good to me, I love him and Gwen a lot so I can’t wait for that to come around. It’s a great tour because Jackson Dean is an awesome artist too!

We can’t wait to have you back on UK soil again, hopefully with a new album in tow too!

I can’t wait either. Everyone here in the UK has always been so supportive of me, right back to my debut album and I want to keep coming over more during the years ahead!

In this article:Carly Pearce, Featured