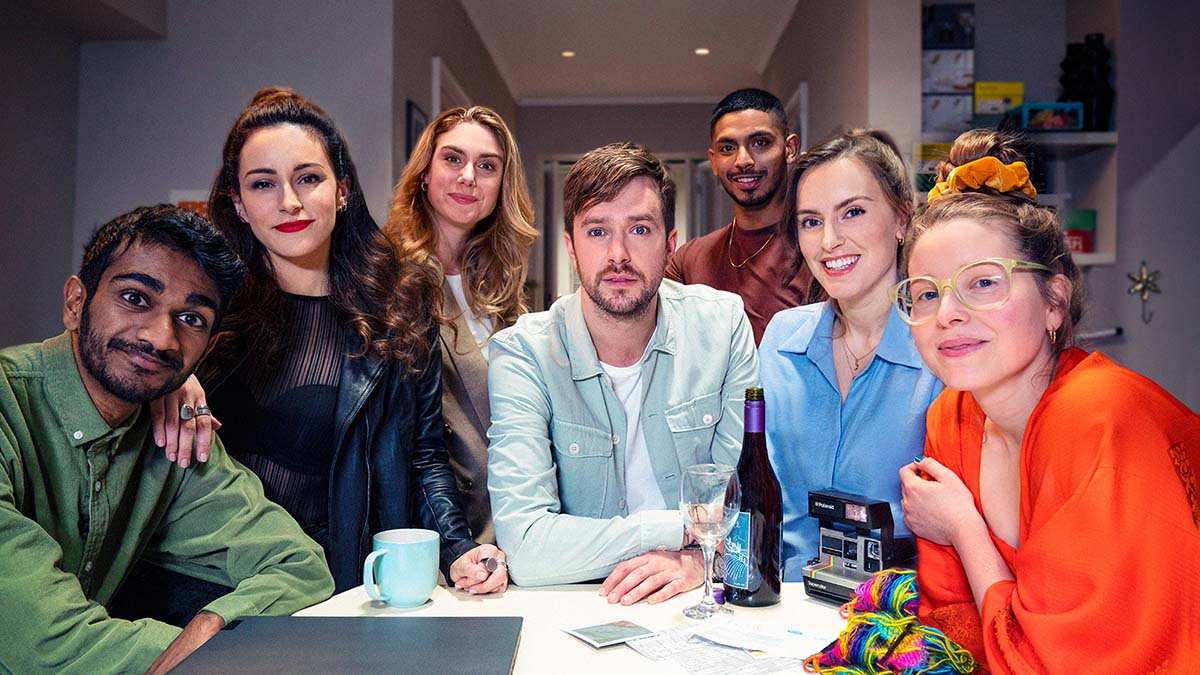 ‘Buffering’, the sitcom created by Iain Stirling (‘Love Island’) and Steve Bugeja (‘The Russell Howard Hour’), has been renewed for a second series by ITV2.

The six episode new series continues to follow Iain (Iain Stirling) and his housemates, Rosie (Jessie Cave), Greg (Paul G Raymond), Ashley (Rosa Robson) and Thalia (Janine Harouni), alongside on-off girlfriend Olivia (Elena Saurel), as they enter their late 20’s, with every wrong decision, failed relationship and wasted hungover day intensifying the feeling that time is running out for them to get their ‘adult’ lives in order.

Iain Stirling said: “Steve and I are truly delighted to bring our passion project Buffering back for a second instalment. We can’t wait to show you what our housemates get up to”

Series 2 of ‘Buffering’ is set to air in 2023. It has been commissioned by Paul Mortimer, ITV’s Head of Digital Channels and Acquisitions and Nana Hughes, ITV’s Head of Scripted Comedy.