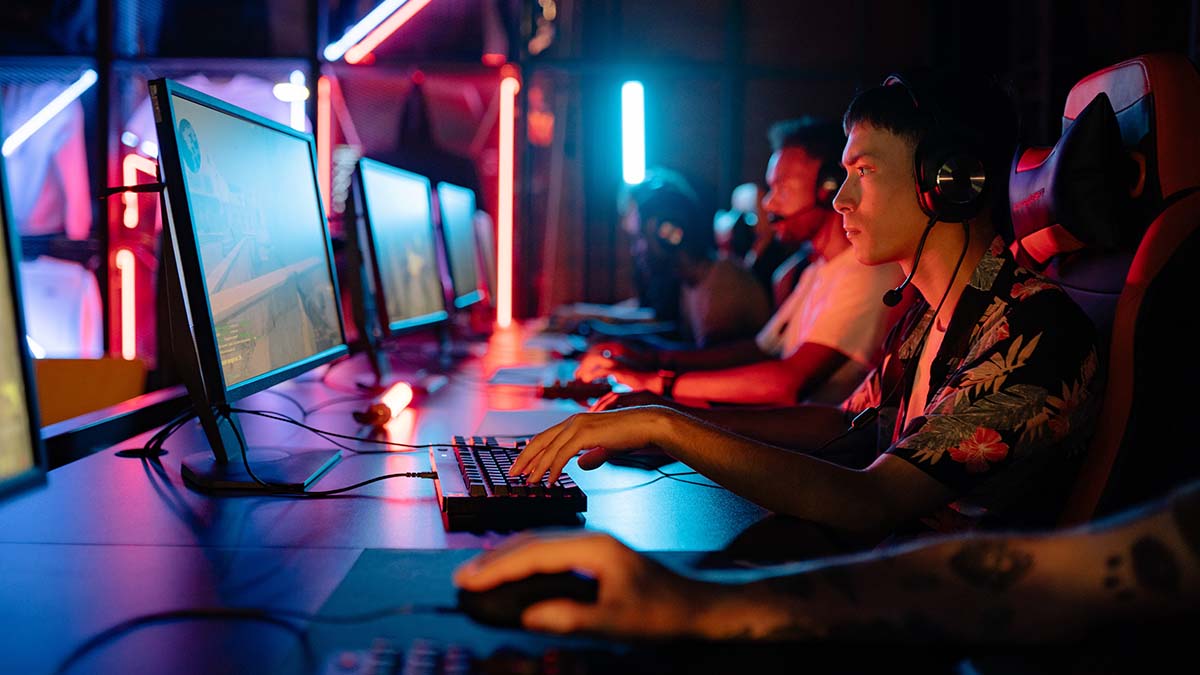 Over the last decade, some game developers have created interactive multi-player games to allow players to compete by controlling virtual characters.

Such games have led to numerous eSports where teams of seasoned players compete for big cash rewards.

This article covers some multi-player games that have made the eSport industry flourish.

It is Valve’s first title since Left 4 Dead 2 to be built from the ground up for a competitive audience. It has several game modes, including deathmatch, Arms Race, bomb defuse, hostage rescue, and many others. However, the Arms Race mode seems to be more intriguing since it allows players to buy weapons more easily than usual.

‘CSGO’ introduces new rules, map-making tools, and characters to the series. It also contains new weapons that both opponents can use. The weapon arsenal includes over 50 different weapons, ranging from pistols to shotguns to rifles, and you can learn more about the best CSGO weapon skins from the experts at CSGO Captain.

The game has been praised for its graphics and gameplay balance. It also features a great community support system with dedicated servers and matchmaking services. ‘CSGO’ skins are a unique feature in the game since it enables in-game purchases. You can use such cosmetic items to customize weapons and other items in the game to improve their looks.

‘CSGO’ has been played by over 35 million people worldwide since its release, making it one of the most popular esports titles ever created. Some features that attract players include improved weapon accuracy, an in-game economy, and a trading system. There are many competitive CSGO tournaments worldwide, but popular ones include Major Championships, BLAST Premier, and Asia Championship.

‘Dota 2’ is a robust multiplayer game from Valve corporation. The game is defined by its item-based shop system, which enables players to buy and sell individual items within the game. Dota 2 matches have two opposing teams, each with five participants. Each group controls a powerful character, known as a “hero”, which has unique abilities and characteristics.

The original version of Dota 2 was free to play. However, the developer introduced an item shop in the 2012 Patch to allow players to purchase cosmetic items with real money. The cosmetics have led to the development of Dota 2 skin betting sites and trading exchanges.

‘Dota 2’ is currently played by millions of gamers across the planet. The game features an extensive community hub where players can chat and compete against other players. Its thrilling gameplay has received widespread acclaim from critics and players alike. As a result, it has received multiple Game of the Year awards from various sources.

A ‘Dota 2’ match is composed of multiple rounds or “lanes,” which are contested by both teams simultaneously. The losing side must defend its base while the winning side attempts to destroy it. The first team to win two out of three rounds wins the game. Top ‘Dota 2’ tournaments include PGL Arlington Major, Riyadh Masters, and Venezuelan Dota League.

Riot Games is the company behind the LoL battle arena game. Its gameplay involves competing against other players or computer-controlled opponents. Each match is played on a map with varying terrain, hazards, and objectives.

Players’ objective is to destroy opposing teams’ defenses while protecting their own base. During gameplay, each player controls one character from a roster of over 100 unique champions. The champions have their own abilities and strengths/weaknesses. Players gain experience points by killing enemy minions or champions, which allows them to grow stronger over time.

New champions are obtained through regular play, winning games, or purchasing a pass to unlock a character permanently. You can also unlock heroes using Riot Points or by beating certain difficulty settings.

‘Overwatch’ is Blizzard Entertainment’s most successful team-based shooter game. It features various types of characters from different cultures and backgrounds who fight against each other in a variety of scenarios. The initial release included 12 heroes, each with varying styles of gameplay. The game has grown to include about 31 heroes, with new characters being added regularly.

Players control several heroes, each with unique abilities and weapons. Their goal is to stop the Omnic advance through the levels. Gamers gain experience points from defeating enemies or completing objectives.

Additionally, you can unlock points by completing challenges such as killing a certain number of enemies without being killed. Players may also customize their characters’ appearance with cosmetic items earned through play or purchased using real money.

‘PUBG’ is a Bluehole game that pits up to 100 players against each other on a virtual island. During gameplay, the last player or team standing wins the match. The game is based on the concept of survival – players must use scavenged weapons and resources to fight other players. They also need to survive the environment, avoid getting killed and aim to defeat all opponents.

‘Fortnite Battle Royale’ is a multiplayer online battle royale video game developed by Epic Games and published by Tencent. The game was released in September 2017 for Microsoft Windows, macOS, PlayStation 4, and Xbox One. During gameplay, 100 players fight on an island full of hazards.

There are no safe places in this game; you can use anything as a weapon to fight against your opponents. Millions of new players join different Fortnite competitions to have fun and win various prizes. The game is a huge success because it appeals to both casual players and die-hard gamers alike.