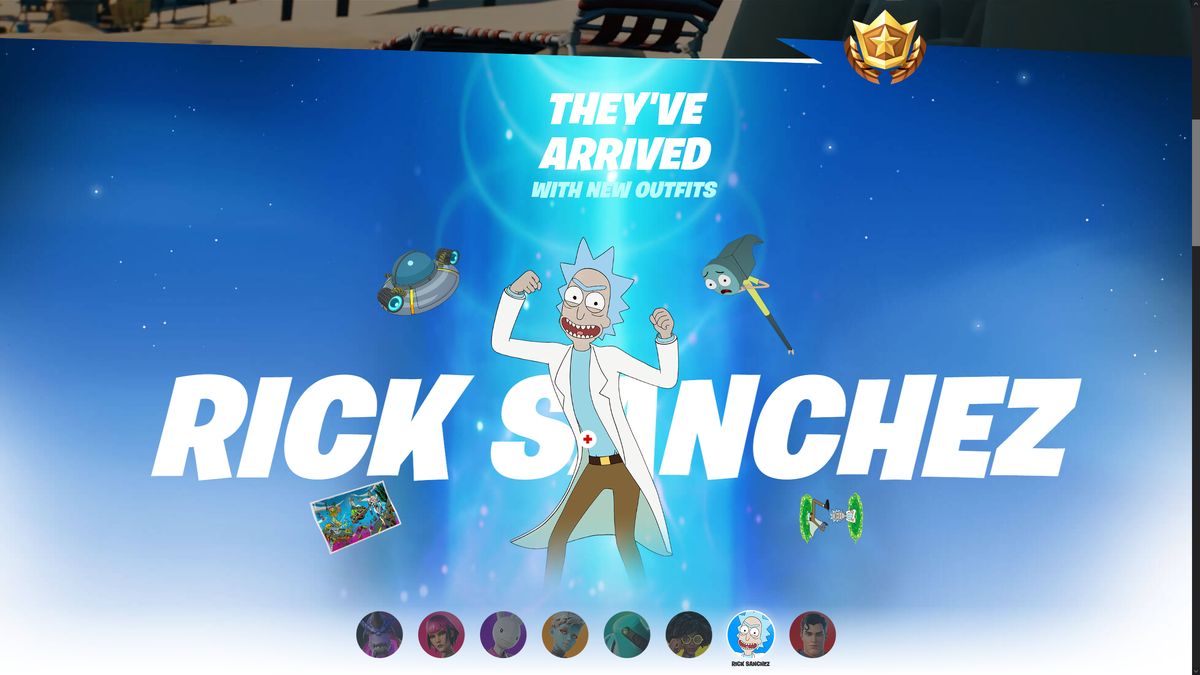 The chaotic exploits of Rick and Morty fit perfectly within the world of Fortnite which, and let’s be honest, is full of chaotic exploits! The cross over, which is part of chapter 2, season 7 update, includes a new skin, new weapons and themed cosmetics.

Rick can be unlocked as a playable skin but you’ll have to work hard to get it. The skin is available as the tier 100 reward for battle pass buyers or Fortnite Crew subscribers. The Rick skin also comes with a ‘Toxic Rick’ variant as a nod to the really, really awful version of Rick that appeared in the series.

Morty makes an appearance, not in person but the Hammerhead Morty. This version of Morty will be facing the game head-on, literally, as he takes the form of a hammer-shaped pickaxe tool.

Finally, we have the cosmetics which include a backpack in the form of the Butter Robot, a new glider UFO, a new spray plus the all-important Rick dance.

Advertisement. Scroll to continue reading.
In this article:Epic Games, Fortnite, Rick and Morty