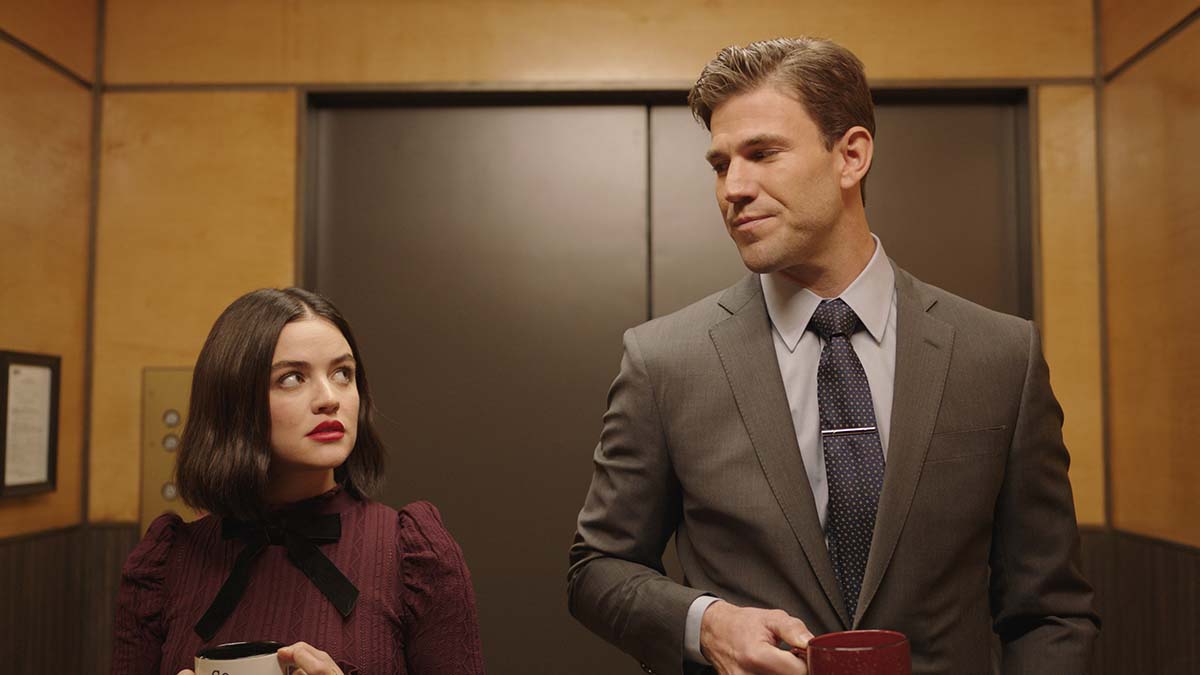 They say there’s a fine line between love and hate, and that’s certainly the case for competitive co-workers Lucy (Lucy Hale) and Joshua (Austin Stowell). Forced to share a working space at the publishing company they work at, the two enter into a fierce battle to land a big promotion. As their war against each other escalates, the two struggle to hide their true feelings for one another and cross a boundary that completely changes everything. Can they separate the professional and the personal?

‘The Hating Game’ is a charming romantic comedy based on the book by Sally Thorne. Originally released in the UK on Prime Video, the film is another sign that the rom-com genre is in the middle of a resurgence joining the likes of recent films including Jennifer Lopez’s ‘Marry Me’ and Charlie Day and Jenny Slate’s ‘I Want You Back’. Effortlessly watchable, while being utterly predictable, the film embraces rom-com tropes but is elevated by its zippy charm.

It’s clear from the outset that Lucy and Joshua are going to fall for one another but that doesn’t make it any less fun watching it happen. The characters go through the necessary steps that are required to get to the point where their attraction is undeniable. They try to sabotage one another, take out their anger and frustrations on each other, and bicker like school children. That, of course, is all masking the fact that they are attracted to one another and are desperately trying not to prove the other’s suspicions correct.

Actors Lucy Hale (‘Pretty Little Liars’) and Austin Stowell (‘Swallow’), have starred together before in the horror reboot ‘Fantasy Island’, and here their chemistry shines once again. They are obviously comfortable acting opposite one another and that really helps you believe that their characters. Both have a knack for comedy and their flirting and romantic scenes are off the charts. It really is their performances that carries the film, and it’s thanks to their chemistry that you can go along for the ride and simply enjoy the plot as it unfolds.

‘The Hating Game’ doesn’t reinvent the wheel but it doesn’t need to. The romantic comedy has been on life support for years, falling out of favour due to being written off as old-fashioned, and it’s long due for a comeback. While this film may never bother your top films of all-time list, it is one you can put on when you want something easy, entertaining and comforting to watch. Not everything in life needs to be high art, and when the lead performances are as strong as this, you can overlook the film’s flaws and just enjoy it.