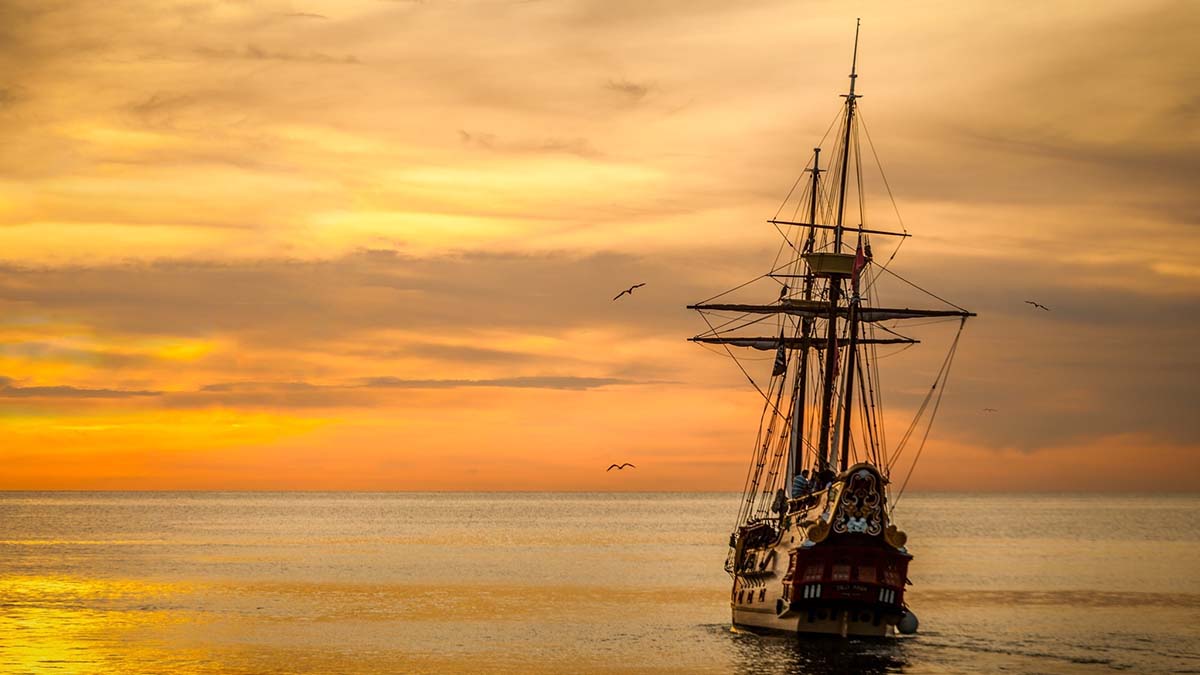 For years, filmmakers and directors have been traveling with all their equipment and staff to shoot films in the Caribbean. The Bahamas, St Lucia, Barbados, Dominica, and even Fidel Castro’s Cuba have all been the backdrop to some of Hollywood’s most iconic flicks.

This isn’t some new phenomenon that started with ‘The Pirates of the Caribbean’, either. It’s been going on since the birth of the modern blockbuster in the 1930s.

Take ‘Treasure Island’, for instance, a movie shot in 1934 during the height of the Great Depression. Directors wanted a film that would help people escape the grimness of their daily lives and sweep them off into a totally different world.

Remember, back then, most people living in the U.S. still lived in the colder northern regions, the areas that were more similar to Europe. The south and west remained relatively underpopulated, so tropical climes appeared much more exotic.

After that came ‘The Black Swan’. This 1942 film, again filmed in the Caribbean, introduced audiences to pirates and swashbuckling action in a way that they hadn’t seen before.

However, it wasn’t until after WWII that directors left their studios behind and actually went and shot in real Caribbean locations. During the 1950s, Hollywood treated audiences to a plethora of films shot at real locations. Examples include ‘The Old Man and the Sea’, shot in Cuba, and ‘Fire Down Below’ which used Trinidad and Tobago as the set.

After the 1960s, the popularity of Caribbean films exploded. ‘Dr. No’, Sean Connery’s first Bond film established the Bond series, still popular to this day. Producers did much of the filming near Oracabessa in Jamaica, near the capital, Kingston. Scenes included shots of Dunn’s River Falls and Laughing Water Beach.

‘Dr. Dolittle’, another incredibly popular 1960s film was also shot in the Caribbean, this time at St. Lucia around Marigot Bay. The tropical island scenes were the perfect backdrop for Rex Harrison’s portrayal of the lead role in this musical, making the fact that he could talk to animals more believable.

After that came ‘Water’ in 1985, a comedy starring Michael Caine and Valerie Perrine. Though it was a flop at the box office, critics praised the film for its stunning scenery around the town of Soufriere in St. Lucia, showing how it looked forty years ago, before the arrival of mass international tourism to the area.

Strangely, ‘The Shawshank Redemption’, one of the most critically-acclaimed films of the 1990s, also featured the Caribbean briefly. When Andy and Red played by Tim Robbins and Morgan Freeman, escape the prison, they start celebrating their lives. To highlight this, the directors shot the final beach scene in the Caribbean instead of along the California coastline.

Then, most recently, we come to ‘The Pirates of the Caribbean’ films, kicking off with ‘The Curse of the Black Pearl’ in 2003. These films represent Hollywood coming full circle, returning to the original swashbuckling pirate movies of the 1930s and 1940s, albeit with slightly cleverer lead characters and better plot twists. Starring Johnny Depp and Captain Jack Sparrow, these films were shot on multiple Caribbean islands, including Wallilabou Bay in St. Vincent. The mixture of colonialism and exotic scenery made it the ideal location for pirate-related action.

Of course, there are many more movies filmed in the Caribbean that we haven’t mentioned here. Popular titles include ‘Splash’, ‘Jurassic Park’, ‘Casino Royale‘, ‘Cocktail’, ‘Goldeneye’, ‘Into the Blue’, ‘How Stella Got Her Groove Back’, and ‘Flipper’. But the question still remains, why is the Caribbean so popular?

One of the reasons is that it is a vacation destination. Travelling there or taking a Bahamas catamaran charter doesn’t feel like work. It’s just fun.

Film directors would have taken this into consideration, particularly in the early days. Traveling to the Caribbean would have given them an opportunity to relax, unwind and spend time with a cocktail in their hand by the beach, even if they were working non-stop Monday to Friday.

Then there’s the fact that it is the closest tropical location to Hollywood. Practically speaking, it is much easier to get there than, say, remote Indonesian islands, Singapore, or the Maldives. All the directors had to do was travel to the port of Galveston in Texas and then take a boat to their location of choice with their crew. Instead of taking weeks to get there (which would be the case if they took a liner across the Pacific), it took days instead. Later, with mainstream commercial jetliners and the development of regional airports, accessing the region became even easier.

It Offers Some Of The Best Scenery In The World

Technically, you could film movies in places like Gran Canaria, the Mediterranean, or the Philippine islands. But finding quality scenery in these locations is more challenging.

In the Caribbean, though, it is significantly easier. Island nations invest considerable resources to stay looking beautiful so that they can attract tourists looking for the good life. And this investment also makes locations more appealing to film directors.

It Was The Scene Of Pirate Action In The Past

Then there is the fact that the Caribbean was always a scene for pirates in real life. Rogue vessels would regularly come into conflict with the navies of Imperial powers and shipping vessels. They would then attempt to board them, take hostages and steal goods.

The fact that the Caribbean was a real pirate location makes it more appealing as a destination for shooting films, more so than other areas of the world that don’t have the same heritage.

Lastly, the Caribbean is more relevant to Western literary history. Thanks to the journeys of Christopher Columbus in the fifteenth century, European writers fell in love with the region, seeing it as deeply fantastical and mysterious. These sentiments remain to this day, and smart directors capitalize on them. Audiences expect directors to set pirate films in the Caribbean, not other locations.