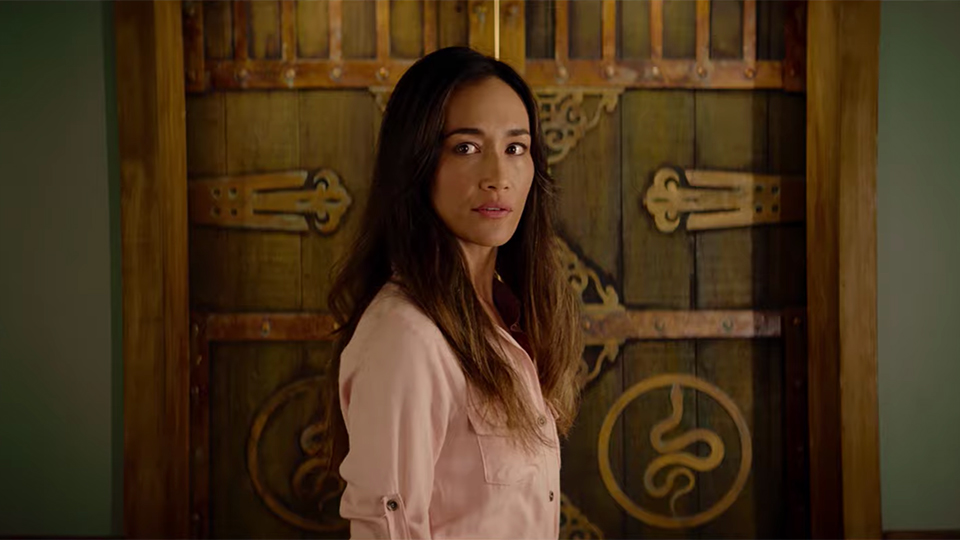 Strangers Gwen Olsen (Maggie Q), Melanie Cole (Lucy Hale), Patrick Sullivan (Austin Stowell) and brothers Brax (Jimmy O. Yang) and J.D. Weaver (Ryan Hansen) win a competition to visit Fantasy Island. When they arrive, they are greeted by Julia (Parisa Fitz-Henley) and the mysterious Mr. Roarke (Michael Peña). Told that they will be able to live out their ultimate fantasies, the group soon discovers that the adventure they thought they were in for is much more sinister than they realised.

Fantasy Island is a horror twist on the classic 70s American TV series. Keeping a similar ethos to the original, the film aims to be a stylish and clever horror. Unfortunately, it’s a case of when a bad film happens to a great cast. Despite a promising start that sets up the film with enough intrigue to hook you in, it soon descends into a complete mess that doesn’t really make any sense by the end.

The basic idea is that each of the winners can indulge in their fantasy but they don’t realise that there are serious consequences to their actions. For example Melanie is keen to get revenge on Sloane (Portia Doubleday), a girl who used to make her life hell at school. The scene where Melanie gets the chance to torture her frenemy is well-played, with Melanie believing she’s seeing a hologram not an actual person.

The other characters’ fantasies range from correcting a past mistake to having a huge party with beautiful models and weed. At around the hour mark, you wonder if the five characters will actually get pulled together and when they do the film falls apart fast. The ‘twist’ is convoluted, messy and doesn’t make any sense. It’s also undermines what came before, making it hard to care about any of the characters.

I can only assume that the cast got paid handsomely for starring in the film. All of them are better than this. Maggie Q is completely under-used, Lucy Hale plays a more twisted version of her Pretty Little Liars character, and the rest of the cast fail to make an impact due to the poor material they’re working with. With a cast this good, the film should have been at least watchable.

The extras on the Blu-ray release are scant. You can watch the unrated cut of the movie, a handful of deleted scenes and listen to an audio commentary.

Fantasy Island is an underwhelming mess. The churn that’s coming out of Blumhouse Productions is seriously lacking quality control at this point. There’s a hint at the end that a sequel might have been on the cards but I sincerely hope it never materialises. Fantasy Island isn’t scary enough to be a horror, it’s not clever enough to echo the success of Cabin in the Woods, which it clearly wanted to emulate, and it’s not coherent enough to make it an enjoyable watch.