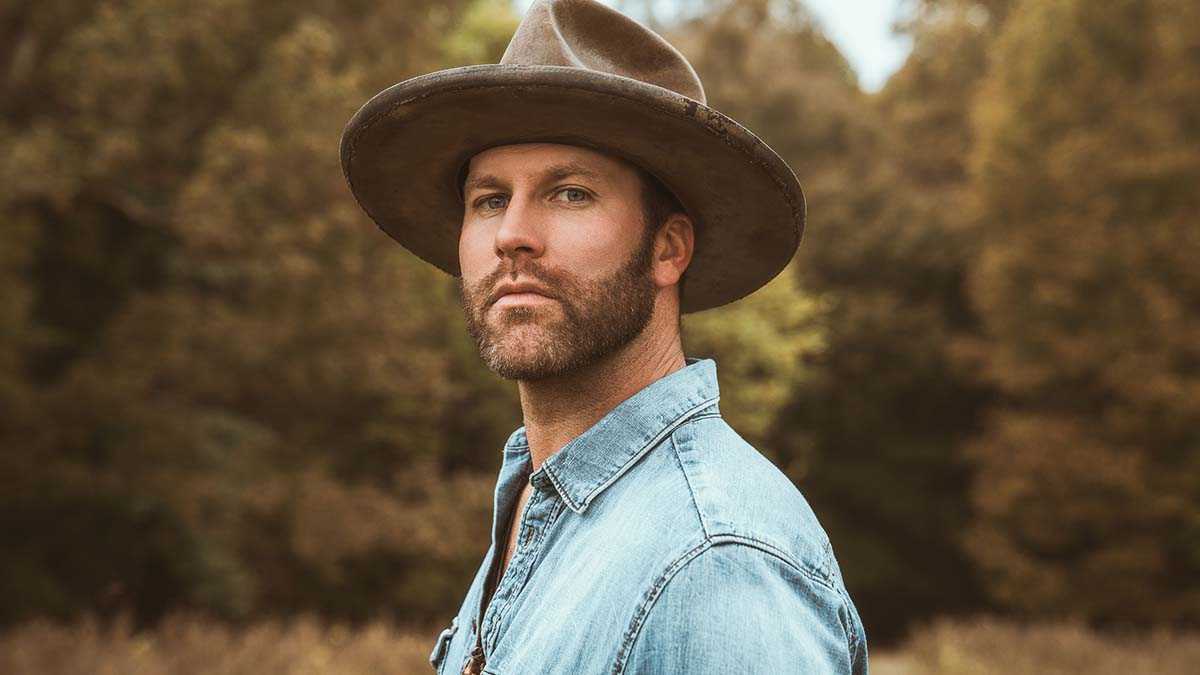 With new album, ‘The Optimystic’ under his belt and a triumphant return to the Riverfront stage at this year’s CMAFest, the future is looking brighter for Drake White after a few years of struggles and road blocks. But, after all, as he says on new song, ‘Hurts the Healing,’ ‘This pain ain’t nothing like I’ve ever known, this heartbroke has got a hold and won’t let go, even in the worst, I got a feeling, maybe the hurt’s the healing.’

Whenever you spend time with Drake White you are left uplifted and energised by his sheer enthusiasm for music, life and people. We were thrilled to grab 20 minutes with him to talk all about that and his upcoming UK tour.

Drake! It’s always a pleasure to speak to you. I was in Nashville for CMAFest this year and saw your set at the Riverfront stage from down the front! What a thrill it was to see you back on stage and doing your thing again.

Oh man, rock on!! Thank you for that.It was fantastic just seeing everyone out there in the crowd. The weather was great too, it wasn’t too hot, and there were four thousand folks all gathered by the river on that morning, it was a life-giving experience.

I’m so thankful that we are back and doing the live shows again. It was good to shake hands and kiss babies again, man. (laughing)

When you walked out onstage you said something like, ‘Welcome to church’ and the show did very much feel like that.

That is what we do, dude! I’m from Alabama, in-between Muscle Shoals and Birmingham and growing up my grandmother played the organ, my dad was a choir director and my grandfather, as most people know, was a preacher so that church influence and that sense of purpose is a spiritual thing for me.

When I sing, it’s a spiritual thing, it’s a soul thing and our shows very much resemble something like a revival. It gives people hope and passion and faith, that’s what I try and do live.

The cover of Pearl Jam’s ‘Alive’ put a smile on my face too, in both the way you covered the song and what you were saying with it.

’50 Years Too Late’ was my favourite song that you played in that CMAFest stage set. Do you have a favourite song to play live or does it change depending on the venue and your mood?

Man, it changes from night to night. People are singing ’50 Years Too Late’ at shows like crazy right now. I love that one. That’s my southern belief system right there in that song. Sonically, I believe in the way we produced that song too – it has that Muscle Shoals / Alabamian swagger.

I love ‘Power of a Woman’ too because I would not be where I am now without the help of powerful women. My grandmother, my mom, my aunts, my wife – they have all helped me become the man I am today. Even down to learning how to walk again, it would not have happened without the help of powerful women. I love the juxtaposition of a rough, greasy bearded dude like myself singing about the power of women.

We’re looking forward to seeing you play a longer set when you are over in the UK in August at the Millport festival and the Long Road festival, as well as your own shows.

Yeah for sure. I cannot wait to get back over to Europe and see all those fans that I’ve missed. I’ve been touring there since I started and I like to think we’ve built a fan base that will come out and see us. I want to show everyone in Europe our revival experience and really dive into the songs.

Through the pandemic, when we were playing our ‘Wednesday Night Therapy’ sessions in the barn, there were so many people there from the UK, despite the time differences. We saw them all logging in and were delighted and honoured. The physical distance between us doesn’t mean we don’t have the same hearts and the same desires and I’m thankful for the support that comes from the UK and Europe. I’m here for it.

Now that ‘The Optimystic’ has been out 3-4 months are you pleased with the reaction you are getting to it? Are there any songs that are resonating more than you were expecting?

There’s always surprises. ‘Power of a Woman’ is resonating so much with people. It’s not necessarily a surprise because it’s a great song and we’ve done a lot socially with it, whether that be TikTok, Instagram or all that stuff.

‘American Thunder’ has been kinda a surprise. I just love that song, I love rocking it, but so are a lot of other folks too. I feel like a lot of people are relating to that rawer sound right now. You see people like Zac Brown doing well again, Turnpike Troubadours, Brent Cobb, artists that are slightly raw but very authentic are all doing well again. Where commercial meets credibility is where I want to live, you know?

We are commercial – we belong up on the CMA and ACM stages, we belong on the radio but I’m always going to make music that is true to my Alabama self and my Alabama swagger, you know? (laughing) ’50 Years Too Late’ is a swampy, hard rocking number which you won’t hear on the radio but the music industry is the wild west right now and you’re hearing ’50 Years Too Late’ streaming everywhere. ‘Pawn Shop Rings’ is also doing very well……………….

‘Pawn Shop Rings’ is one of my favourites, there is a link back to the ‘Spark’ era on that for me and it would also do well at radio.

That song is definitely a hit, man! Jonathan Singleton and Allison Veltz Cruz wrote that and between the two of them they have about thirty number ones! (laughing) They are both dear friends of mine too – that song is a big, old banger. It’s a hit. I can hear it on the radio for sure.

You have to play this commercial game of trying to get songs on the radio, and that’s great, the success that I have had previously has been because of radio but the bending of what you know to be true in your gut and what you want to say and sound like is hard to do and when you do it continually until 10 years have gone by and you are saying something else or sounding like someone who is not the root of who you are are not going to be fulfilled or happy.

Who I am now is authentically me. I’m out there doing what I love to do and I don’t know how to be anyone else, this is it! (laughing)

The Eagles have been in the UK recently and it made me think of the cover you recently released of ‘Seven Bridges Road’ in your ‘Songs That Made Me’ Series. It made me realise that in 2022 you can’t just be an artist who releases singles and albums, there has to be constant content across multiple platforms. Do you find it a pressure coming up with new content all the time or do you enjoy it?

It ebbs and flows. The stuff that you see out there, content wise, gets released because it’s something that I want to do. I have a great content guys in my buddy Zack Knudsen and my guitar player’s wife, Kirsten.

My phone is in my pocket most of the time. I don’t have it glued to my face constantly although I do try to pay attention to which way the wind is blowing and the weather reports! I prefer to look at nature and be in the moment of the things that are happening around me The comparing and the comparison game that goes hand in hand with social media is not for me – I love Instagram and I love what it is but I don’t scroll through it endlessly because I’d rather be with the birds and the deer and the bees.

We can’t wait to see you back at beautiful venues like the Millport festival in Scotland or the Long Road festival in England. Both are such lovely venues in which your music will just belong. Do you see yourself as a ‘festival band’?

That statement I made earlier, about living in that place where commercial meets credibility, that’s where we are. I grew up listening to festival bands, jam bands and the type of guys that would play Bonneroo or Lollapolooza. I like Neil Young and I also like Charlie Daniels and our music is probably somewhere between the two.

We do jam a lot as a band so that works well at a festival, that Grateful Dead-esque vibe fits us perfectly once we cut loose. We never play the same set twice, we do have a set list but that’s mainly for us all to know what we are doing, but we like to experiment and jam out too! Our shows are like a ‘revival’, an experience and that suits festivals but it also suits regular shows too. No-one leaves without being uplifted, this is a revival!

You can see Drake White on tour in the UK at the following dates over the next couple of months: