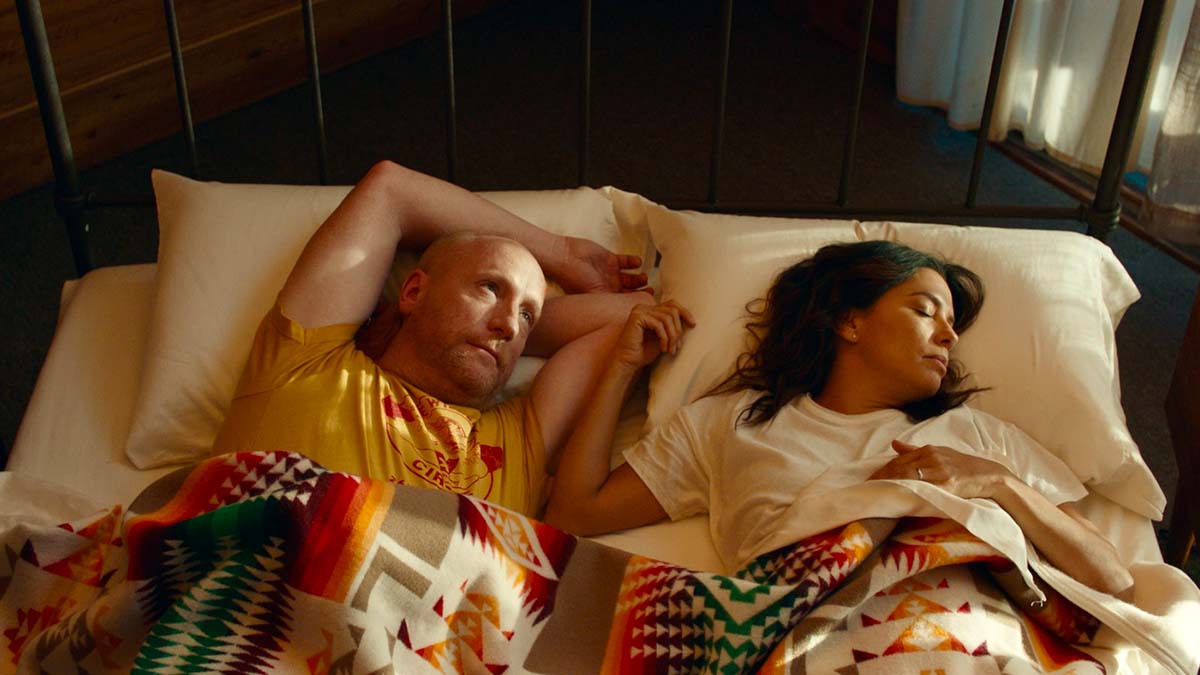 Workaholic Jeanine (Eva Longoria) is forced to take time off work after being reprimanded for contacting her work colleagues at all hours of the night and day. Her husband Dan (Matt Walsh) sees the opportunity to book a break in a remote mountain town where there’s no reception, so they can work on the cracks in their marriage and reconnect. Without telling Jeanine about his ‘digital detox’ plan, the couple arrives at their destination and they’re forced to work out their issues, and join forces to navigate the cranky conspiracy-theory obsessed locals.

‘Unplugging’ is the kind of film that will likely get slated by most critics, and it’s true to say it’s not in any danger of winning any Oscars. Taking the hot topic of ‘digital detoxing’, something most of the world could benefit from seeing as we’re all glued to our phones and computers, ‘Unplugging’ makes a somewhat successful comment on how human relationships are breaking down due to the constant demands of the Internet and social media. I also think most people can identify with Jeanine, a woman who feels like she has to be working 24/7 and has lost touch with her husband and daughter thanks to that.

Co-written by Matt Walsh, who stars in the film, ‘Unplugging’ is actually a surprisingly entertaining comedy that hits the marks it needs to. The set-up is introduced quickly and it’s not long before Jeanine and Dan are heading out for their break. Once they arrive in town, they realise the people are not what they’re used to and Jeanine’s obsession with trying to find phone service forces the little cracks in her marriage to burst open.

What ensues is a series of wacky adventures as Jeanine and Dan attempt to deal with their issues (and try to avoid them), and survive their time away together. Local conspiracy theory nut Perkins (a fantastic Lea Thompson) shows up frequently to share her bizarre theories and unintentionally educate Jeanine and Dan about the town they’re visiting.

The reason ‘Unplugging’ works is thanks to the pairing of Longoria and Walsh. Both are comedy veterans and they’re both very easy to watch on screen. Even if you don’t fully buy them as husband and wife, they create enough chemistry to take you along for the ride, and when they start bickering the movie really lifts.

‘Unplugging’ is a perfectly enjoyable comedy with a decent amount of laughs and solid performances. The story may be lacking in some areas but you can’t fault the message it’s trying to bring home to the viewer. While it may not end up on your favourite movies of all-time list, ‘Unplugging’ has enough charm to distract you for 94 minutes after a hard day at work. What more could you ask for?