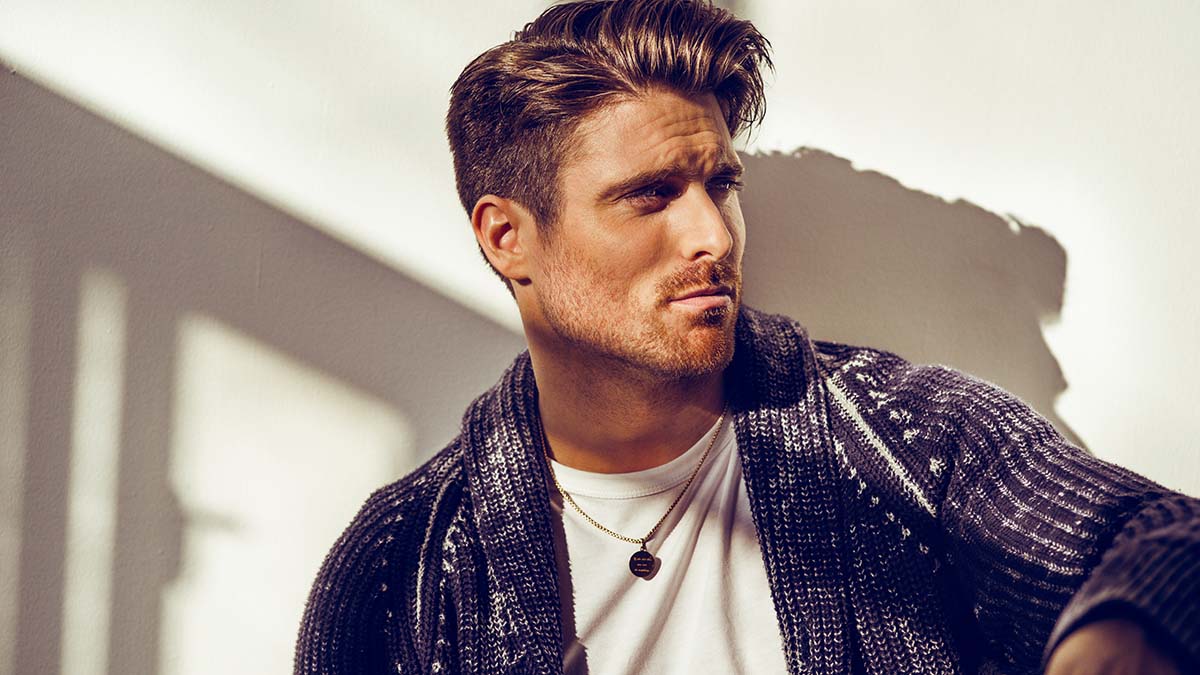 Canadian actor Marcus Rosner has been building quite the impressive CV the past 10 years with roles in ‘Arrow’, ‘UnREAL’ and ‘Once Upon a Time’ among his credits.

For his latest role Rosner is playing very much against type, playing the bad guy in new romantic comedy ‘My Fake Boyfriend’ (read our review), opposite ‘The Flash’ star Keiynan Lonsdale. The role is a departure from what Rosner’s fans know him for and it’s a chance for him to let his comedy skills shine.

I caught up with Marcus to discuss the film, talk about playing the role of Nico and to find out about his experience with producing, as well as acting, in films…

‘My Fake Boyfriend’ is out today on Prime Video. How did you get involved in the project?

Just the old fashioned way. I auditioned for it. The audition request came into my inbox when I was in Guatemala preparing for my wedding last year. I threw it on tape real quick because we were on our way out the door. I didn’t think a whole lot of it and then a couple of weeks later I got a call that they were about to do a table read with the whole cast in 10 minutes time, and they wanted to know if I wanted to jump on Zoom and read through the script because they were going to offer me that role. I was terrified because there was no deal in place and I thought maybe I could blow it on this table read because I didn’t even really know what the movie was about at that time. I guess I didn’t blow it and they made an offer later that afternoon and the rest is history.

Your character Nico is described as the ‘big bad’ in the film. I think there’s more heart to it than that but he is pretty terrible. He is so completely the opposite of what you’re like in real life. What was it like to play a character like that?

He is, thank you! He is so opposite of me and I was so excited to play somebody so different than me, and so different than a lot of stuff that I’ve come to be known for thus far in my career. I’ve been waiting for an opportunity like this my whole career. This is content that dives into things that are very much of interest to me, and just to play somebody so elevated and unnatural that doesn’t need to be liked and need to be forcefully charming every step of the way, was, I think, the most fun I’ve had my career. I loved it.

Keiynan Lonsdale, who like you is part of the Arrowverse, plays the lead character Drew who is dating Nico. What was it like to work opposite him?

I had never met Keiynan and I didn’t know much about him before this. Our wonderful director Rose Troche had these sessions where she would almost pretend to be a therapist and the two of us would talk through our relationship struggles. It was like a dive into the psychology of my character about why he feels justified in his promiscuous, awful and toxic behavior. It was an amazing way to understand how somebody like my character could do that stuff. To be the guy doing that to the guy Keiynan was playing was fascinating, because he’s such this cerebral, ethereal, gentle soul of a person. Keiynan is such a grounded natural performer, then it really allowed me as Nico to be so over the top and so crazy, I think. We got on so well, the two of us.

This role really lets you lean into the comedy aspect and show off your comedic timing. That must have felt quite freeing for you?

100%. I’ve been a lifelong comedy fan and at one point I was thinking I’d be a stand up comedian. The opportunities that have been given to me throughout my career have not led me in that direction, I’ve been very happy with them, but the opportunity to show off what I think is a decent comedy sense was just a breath of fresh air. I loved it. I hope I get to do a lot more comedy in the future and this will definitely be something I can point to now and say, ‘look I’m funny, I think!’ (laughs)

What was your biggest challenge for you when playing this role?

I think that the big challenge for me was stepping outside of my comfort zone. I’ve done a lot of these romantic comedies in my time that are of a very different pace and different taste. The opportunity to do something that was tackling such progressive, modern issues and playing a character so outside of myself, was really unnerving. I didn’t want to do disservice to the LGBTQ+ community. I was very, very nervous about that every day on set, and I just tried to justify the character’s own moral process and really step into that world. It was very challenging, to be honest.

Your ever-expanding list of credits includes shows such as ‘Arrow’, ‘UnREAL’ and ‘Once Upon a Time’. What’s been your favourite role so far and why?

It’s funny whenever I get this question, it’s always recency bias, and it’s going to be so safe and lame to say, but this movie. My Fake Boyfriend feels like the biggest stage on which I’ve gotten to play the most risky, crazy and fun character. I think because of that, it’s this movie.

You’re also starring in a new Hallmark movie ‘Romance to the Rescue’, which came out in May. Tell me a little bit about that…

I’ve done a lot of these Hallmark films in my career so far and the latest one is ‘Romance to the Rescue’ starring myself and Andrea Brooks. I basically play a dog shelter owner and she plays a supermarket manager. She lies to her boss and says she has a dog that is a super dog that trains and runs through the agility courses, but she doesn’t own a dog at all. She has to come to me and acquire a dog through the rigorous adoption process, and then she realises that they don’t just come ready made to do agility courses. She enlists me to help her train the dog to do the agility course and in the process, we may or may not fall in love.

They always say don’t work with children and animals but it seems you’ve had a good experience with animals so far?

I’ve played a dog shelter owner a few times in these Hallmark films and what I’ve learned is just play off the dog. Don’t think that you’re going to be sticking to the script and don’t have too much of a plan because the dog is going to do whatever the dog does during the take, and you need to be ready to make that look natural. It’s a fun challenge.

What’s the rest of your year looking like? What else have you got coming up?

I produce the TV movies that I’ve come to be known to make. We are producing two more romantic comedies in my hometown of Edmonton, Alberta in Canada. That’ll be our summer slate. Then I think we’re going to do another Christmas one in December and that’s all I can predict at the moment but I’m sure there’ll be other stuff that sneaks into my schedule as well. In terms of what’s airing we have the last one we shot that I produced in Edmonton called ‘From Italy with Amore’, which is about an Italian restaurant owner.

What’s it been like for you to move into producing?

I’ve done so many of these TV films that I got to the point where I just didn’t feel stimulated and fulfilled anymore, just acting in them. On top of that, it was a longtime dream of mine to try to bring film and television to my hometown, because I never saw any of this growing up there. I didn’t really even know a career in the creative industry was possible. A lot of people that have come from where I come from, are hockey players, they work on oil rigs, blue collar trades and things like that. I almost didn’t do this. I didn’t take any drama classes in school growing up because I had this idea that drama kids were drama nerds and I had this very backwards view of it. My goal here is to bring opportunities to work in film and television back through the movies that I make. I also want to utilize what I believe to be my full potential in terms of of logistical abilities, planning abilities and script analysis, and all these things that I now get to do – casting, location finding. A day on set for me producing and starring in a project is a bit insane, but I feel so fulfilled at the end of the day when I go to sleep and then I wake up and I do the whole thing over again. I’m basically running to and fro between takes and the moment they yell action, I do the scene and then I start producing again between takes. It’s really thrilling.

Are you tempted to throw directing into the mix as well?

People ask me that a lot. I’m only 32. I bet you I end up directing at some point, just because my personality is to try everything. My producing partner is our director and he’s amazing at it so at the moment, we just have such a great partnership where I lead the films, he directs them, we both produce, and then we fill in around us. There’s no need at the moment.

(laughs) I’ll be directing my own stand-up special, that’s what I’ll be doing (laughs).

Well there you go. That’s an idea. You’re welcome! (laughs)

‘My Fake Boyfriend’ is streaming on Prime Video now. Watch the trailer for the film below:

In this article:Featured, Marcus Rosner, My Fake Boyfriend