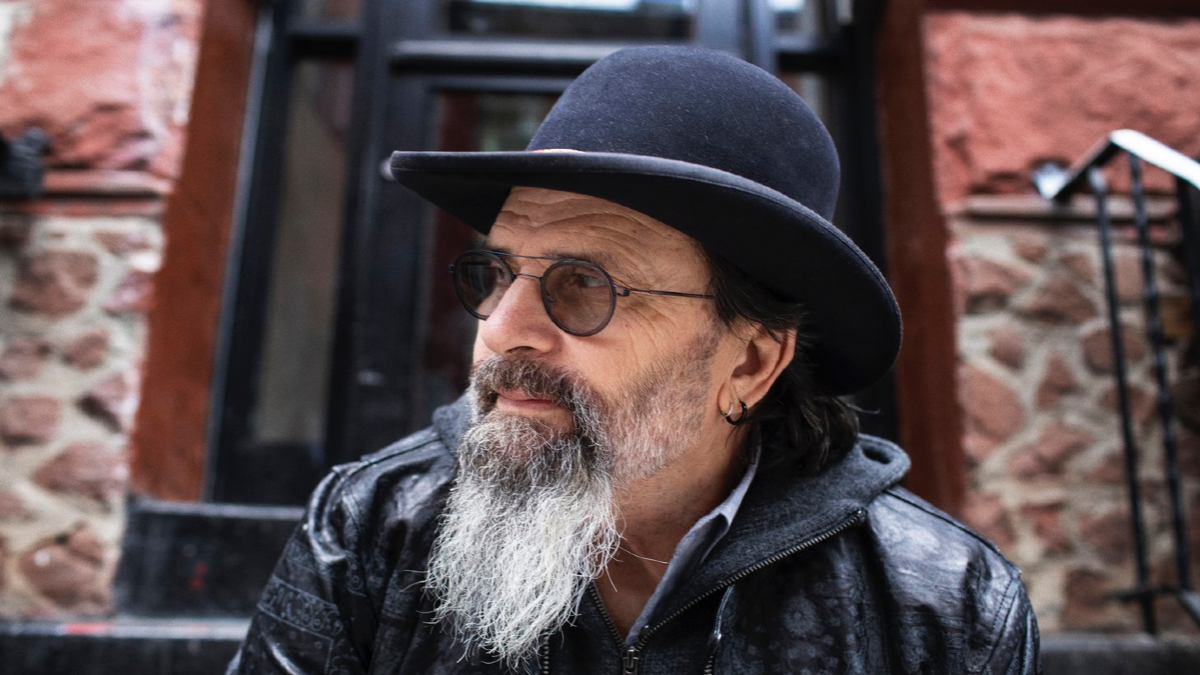 Americana pioneer Steve Earle counts three fellow singer-songwriters as his teachers: fellow Texans Townes Van Zandt and Guy Clark, and Jerry Jeff Walker. Earle first met Townes when he was in mid-teens, having left his home in San Antonio to track him down in Houston. He hitchhiked to Nashville at 17 in 1972, apprenticing himself to Clark, along with Rodney Clark and John Hiatt. Walker was the last one whose path he’d cross, when he was hired to drive the wild country-rocker; Walker’s reputation as a hell-raiser is suggestive of why it might have preferable for him not to be behind the wheel. (Ray Wylie Hubbard has a good story about how a promoter once said something along the lines of “None of those three-name guys,” referring to himself, Walker, and Billy Joe Shaver, all of whom were notorious for their hard living.)

Before I continue with this review, I want to make a digression to note something. As a music nerd, I love the site Allmusic. For albums released from 1999 on, I’ll got to Metacritic for its reviews aggregation as a starting, but Allmusic often covers stuff that isn’t there. It also has all kinds of other information: band and artist bios, and pages that show similar artists, an artists’ influences, and other artists they’ve influenced.

This information is not complete, and it’s often not reflexive. By reflexive, what I mean is, a relationship between two artists shown on the information for one of them, you might expect to find on the other, but that’s not always the case. And some of this info is just missing. Jerry Jeff Walker isn’t listed as one of Steve Earle’s influences and, given the importance Steve is attributing to his career and his art, that makes it the most glaring omission here. It’s definitely not the only one; I’ve heard Steve talk about Doug Sahm, and there’s a track on Jerusalem that’s pretty overtly influenced by his style.

When Steve does covers, he also does them in his own style, and he’s not afraid to make slight tweaks. That’s apparent from the get-go on the first track of ‘Jerry Jeff’ ‘Gettin’ By’ on which he announces his presence as Steve Earle. The album is deliberately structured, cannily so, if not necessarily to create a tight, structured narrative, but a loose one, a sense of a vibe of the traveling troubadour. Our protagonist introduces himself on that first song, and on the second, ‘Gypsy Songman’ we learn he is a traveling troubadour.

Earle takes us in deeper with the acoustically-driven ‘Little Bird’ which really gets at the emotional buttons he knows how to press sonically. Eleanor Whitmore’s harmony vocals deepen the beauty of the naturalistic images painted by Walker’s lyrics, making for a truly powerful, effecting cover. Earle knows how to shift gears, and the change to an upbeat, high-tempo bluegrass of ‘I Make Money (Money Don’t Make Me)’ keeps the album dynamic as we continue to explore the character and persona Jerry Jeff Walker created with his music — if not the man himself, the real person.

‘Mr. Bojangles’ is Walker’s best-known song, and Earle is wise to put it in the center of the album, at the apex of the song cycle. In terms of the character sketch he’s drawing with this album, it also fits perfectly here, giving us yet another glimpse into the mythic figure of himself Jerry Jeff propagated throughout his career. ‘Hill Country Rain’ follows immediately and gives us another perspective on the hard-living icon, mixing the naturalistic imagery into we earlier encountered in ‘Little Bird’.

The last 4 tracks of the 10-track cycle look outward, rather outward. ‘Charlie Dunn’ gives us a sketch a character the traveling troubadour met in Austin; ‘My Old Man’ has the protagonist reflecting on his father. Guitarist Chris Masterson’s guitar work shines on ‘Wheel’ which reflects on the parallelism between the passage of time, the course of a life, and the spinning of a wheel. The short ‘Old Road’ is the appropriate end to the album, as we see the old troubadour headed off on his path.

What Earle has done here is impressive. This isn’t just a tribute album and a collection of cover songs. This an ode to the spirit of Jerry Jeff Walker, to the mythology he deliberately constructed, down the pseudonym he took (Jerry Jeff Walker wasn’t his given name). Earle has, using Walker’s owns, built a unique song cycle, a loose narrative, that constructs a sketch of this unique character in American music, and it’s really touching to see the care, affection, and consideration he put into this project to honor the man. As always, his band does stellar, tight, diverse work, and they put their unique stamp on these songs. I’m not normally impressed with cover albums, but this is a notable exception.