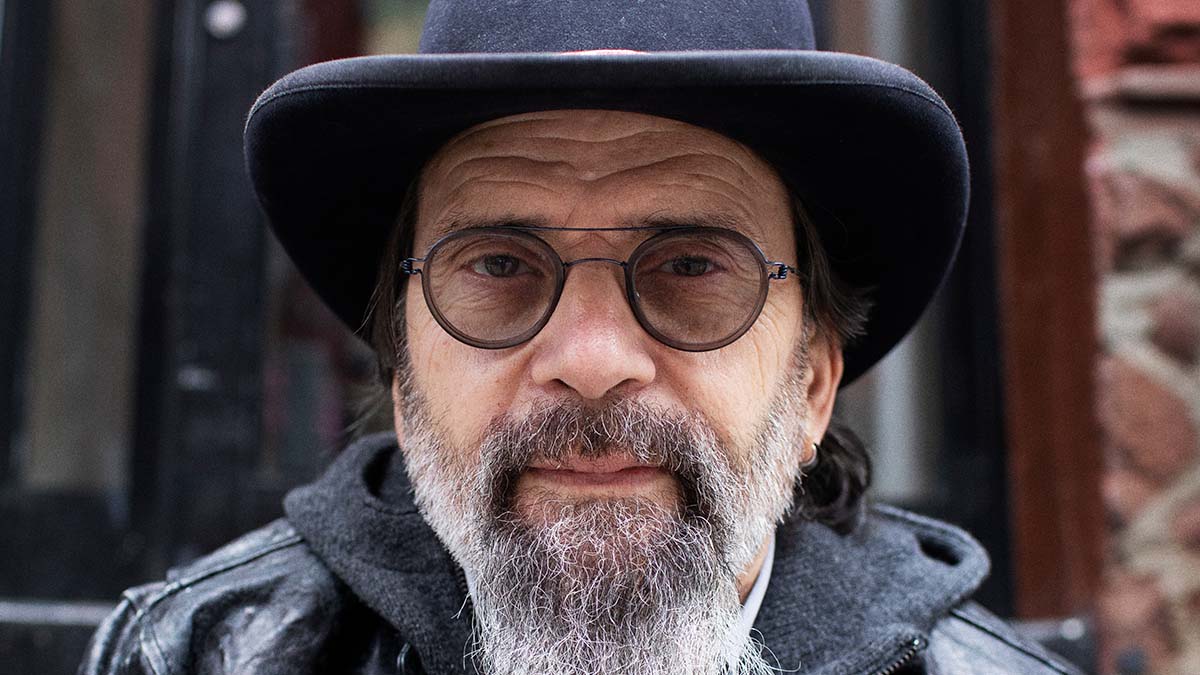 One of the most acclaimed singer-songwriters in contemporary music, Steve Earle never disappoints as a thoughtful and iconoclastic character. The winner of three Grammy Awards for Best Folk Album (for the politically-oriented ‘The Revolution Starts Now’ ‘Washington Square Serenade’ an album that paid tribute to his then-new home in New York City, and ‘Townes’ which pays tribute to his late mentor, the legendary songwriter Townes Van Zandt), Earle never minces words, not holding back on saying things others might be reluctant to, and often saying those things in direct language. As he told me, when he released his bluegrass album ‘The Mountain’ (with the Del McCoury Band), he was called “The Bluegrass Antichrist, because I say ‘fuck’ a lot on stage.”

I recently had the opportunity to speak to the Hardcore Troubadour, as he was doing press to promote his most recent album ‘Jerry Jeff’which comes out Friday May 27th. The album is the third and final in a series of tributes to his teachers (the first, as mentioned above, was ‘Townes’, and the second was ‘Guy‘ dedicated to Guy Clark). Earle has made the albums in the order that his mentors left this world.

A few days before my conversation with Earle, he appeared on a Paste session streaming on Youtube. He explained to the interviewer that he was a “nerd,” and, when he had the opportunity to talk to his heroes and idols, he “interrogated” them. This colorful phrasing stuck in my mind, and it touched a nerve; when I spoke to him, I referenced this. “We used to make music for girls,” he replied. “Now we make music for nerds.” This is true, but it’s worth remembering, the most desirable demographic is, perhaps, the nerd girls!

While Steve made a big splash with his first album ‘Guitar Town’, earning extremely strong reviews and hitting the top of the country charts, the success had been a long time coming. “I’d never made more than $7,000 before I was 30,” he said. Steve had a songwriting contract, but it didn’t pay much. Referring to his late son, fellow singer-songwriter Justin Townes Earle, he said, “Justin was raised on government cheese.”

Steve always has interesting thoughts on the songwriting process. I recently read his essay in the ‘Messenger’, a collection of essays on fellow Texan Ray Wylie Hubbard, and had some questions, specifically about the role audience plays in his composition. Earle was blunt: “Only an asshole doesn’t think about the audience. They’re either an asshole, or they’re lying.” Sometimes, he admitted, he does intend to piss people off, but that’s not most of the time, and even when you’re trying to piss people off, you’re still thinking about the audience.

I mentioned how, as a short fiction writer, I often have to consider the type of market I am trying to sell to (there are literary, or mainstream markets, as opposed to genre markets, like science fiction, fantasy, and horror, and there are major differences in what you can do if you want to get published by them). Steve countered that he preferred to use the term “audience, so I can live with myself.” I mentioned his audience has changed as he’s moved through different styles and types of music over the course of his career. He said it’s been more a matter of “educating” his audience about different types of music.

Empathy also plays a major role role in his process, as does helping people “know they’re not alone.” He emphasized, “People don’t care about you. They care about what they can connect with.” He shared a story from early in his career, when he was at a truck stop, and a trucker came up to him and recognised him as the guy who did ‘Little Rock N Roller’ a song Steve wrote for his young son as a message for the road. Steve realized the trucker saw something of his own life in the song, despite not caring about a musician “in a bus on the road;” he saw the desire to connect with family back home.

Getting to talk to Steve Earle has long been one of my goals in writing about music, and the man didn’t disappoint. In a few short minutes, he said more interesting, memorable things than most people say in a day.

In this article:Featured, Steve Earle