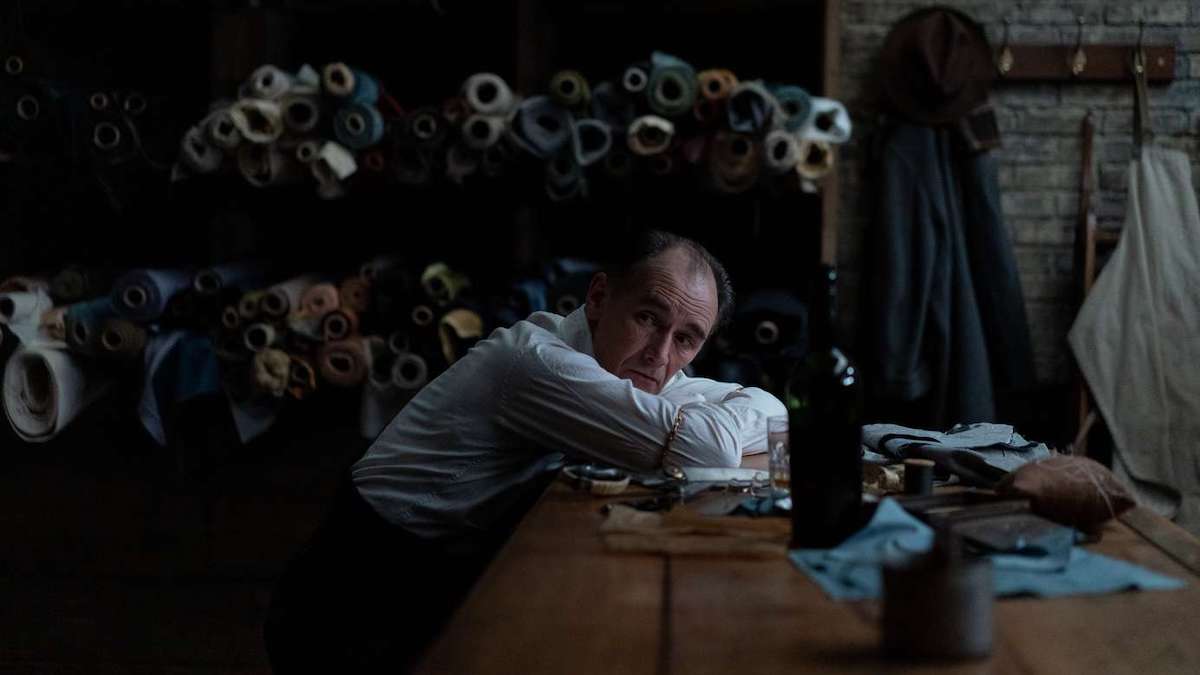 The full programme for the 18th edition of the Glasgow Film Festival was announced today. Running from 2nd to the 13th March the festival will host 10 world premieres and 65 UK premieres, including the opening film ‘The Outfit’ – a gripping and masterful thriller starring Academy Award winner Mark Rylance. GFF will close this year with Antoneta Alamat Kusjanovic’s Camera D’or winning drama ‘Murina’.

World premieres at GFF include Christina Ricci fleeing an abusive husband only to encounter more otherworldly horrors in ‘Monstrous’; ‘Skint’, a series of powerful monologues about living in poverty from a creative team led by Peter Mullan, Jenni Fagan, Cora Bissett and Derry Girls creator Lisa McGee; Joe Corré – the son of Malcolm McLaren and Vivienne Westwood – questioning the commodification of counterculture in ‘Wake up Punk’; and ‘Adult Adoption’ Karen Knox’s powerful debut film about wanting to belong.

Arrow Video FrightFest is back in Glasgow with a 12-strong programme of thrills, chills, and spills. As is tradition, Entertainment Focus will once again be your number one source for all the news, reviews, and interviews throughout the FrightFest strand at GFF. Check out the full FrightFest lineup here.

Another previously announced strand is the Winds of Change: Cinema in ’62. The ever-popular free morning screenings of cinema’s best cult classics and modern masterpieces, this year focusing on films released in 1962. An incredible year for cinema, some of the films on the programme include ‘Cape Fear’, ‘Dr. No’, ‘Lonely Are the Brave’, ‘The Manchurian Candidate’, ‘The Man Who Shot Liberty Valance’ and ‘To Kill a Mockingbird’.

GFF Co-director Allan Hunter said: ‘Welcoming audiences old and new to the 2022 Glasgow Film Festival is a source of great joy and not a little relief. I think we have all missed that sense of community and discovery you experience at a festival. The team have watched more films than ever to compile a programme rich in its diversity and wonders. There are so many great films to recommend from around the world and I am especially excited by the abundance of Scottish stories and productions that showcase the country’s many shining talents. I can’t wait for people to pick their own favourites.’

GFF Co-director Allison Gardner said: ‘I can’t begin to describe our joy at being able to have our loyal, committed and fun audiences back to the festival. We have all undergone different and difficult times over the last two years, and nothing helps us to heal and connect like film. Having audiences in both our festival venues and our partner cinemas across the UK is a source of joy. The team have worked incredibly hard to pull together a unique and wonderful programme to enjoy.’

The full programme for GFF 2022 can be found here. Tickets go on sale from 10am Monday 31st January.