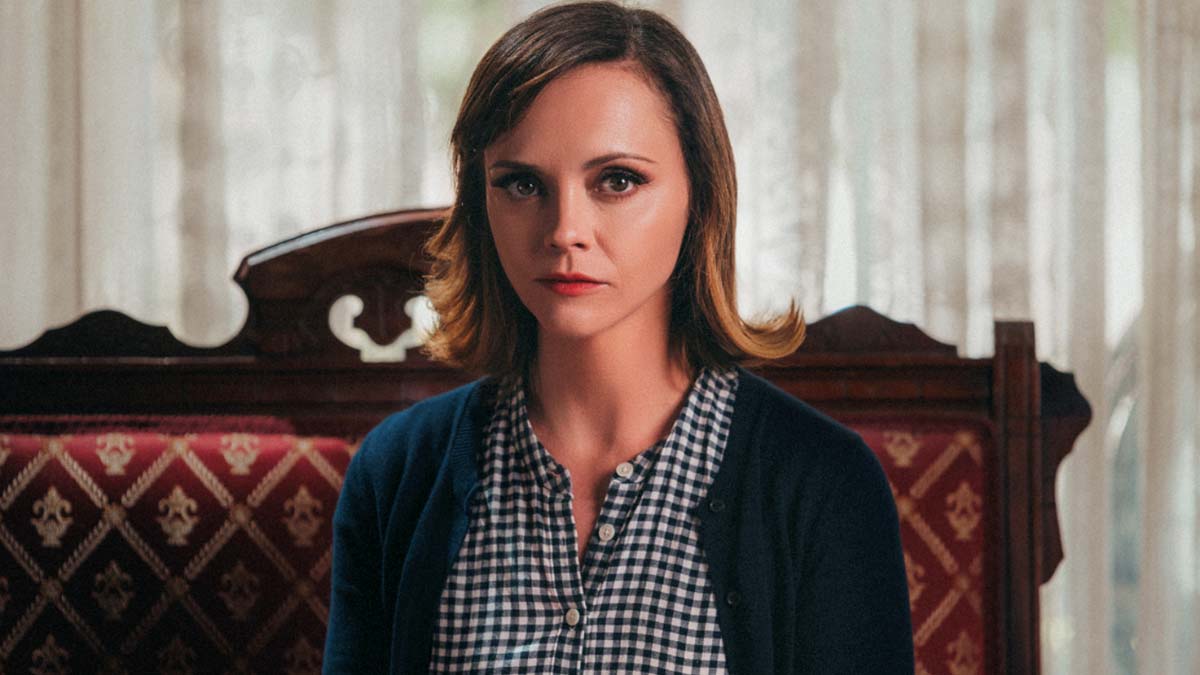 Laura (Christina Ricci) flees to California with her son Cody (Santino Barnard) to escape her abusive ex-husband. Renting a house in a quiet part of California, Laura tries to rebuild her life but struggles with Cody’s growing anger toward her. As she takes a job to make ends meet, she grows concerned at Cody’s increasingly worrying behaviour as he claims there’s a monster in the house. When Laura starts seeing and hearing strange things too, she realises that her son may not be lying after all.

‘Monstrous’ is a film that is in no rush to reveal its hand and it wants to keep you guessing what’s going on for as long as it possibly can. From the moment you meet Laura and Cody, something feels a bit off and it’s impossible to put your finger on it. With a bright 1950s fashion sense, and seemingly living in a world that’s already gone by, Laura and Cody’s existence feels far removed from the modern world. Is that a stylistic choice of the director or is there something more under the surface?

It’s clear that both Laura and Cody have experienced trauma and that is, in part at least, what accounts for their fractious relationship. Laura feels that she’s doing the best thing for her son by removing his father from his life but Cody wants nothing more than to return home. Laura is determined not to allow that to happen but the cracks start to show as she turns to drink to deal with her new reality.

In essence, ‘Monstrous’ is a film about grief – a mother’s grief for the life she’s had to leave behind and a young boy’s grief for the loss of a full family unit. The two characters are unable to communicate in a constructive way, resorting to anger rather than conversation to work through their feelings. Cody is always pushing the boundaries of Laura’s limits, while Laura is so over-protective, you can imagine that Cody would find that over-bearing.

Once Laura starts to suspect her new home isn’t the safe haven she thought it was, the film notches up the tension a bit and the narrative begins to unravel, paving the way for a final act that is far bolder and more interesting than what’s come before it. The monster that looms throughout the film suggests a supernatural element (and unfortunately the special effects are a tad too ropey to find it scary) but it’s never really explored in a satisfactory way.

Christina Ricci is having something of a resurgence at the moment thanks to ‘Yellowjackets’ and she’s compelling here too. Ricci is an actor who is capable of more than she’s often been able to show in her career and she’s been saddled with far too many movies that are beneath her abilities. She puts in a fine turn here, switching from a sunny disposition to a mother who is riddled with anxiety. It’s easy to root for Laura because Ricci makes her so likeable, but I do wish the character had been better written as Ricci most definitely deserved more to work with.

‘Monstrous’ has an intriguing premise but sadly the execution lets it down. It never manages to find the balance between creepy and dramatic, and despite Ricci’s best efforts the film isn’t great. Visually the sets and costumes looks magnificent, but narratively ‘Monstrous’ will leave you wanting a whole lot more.