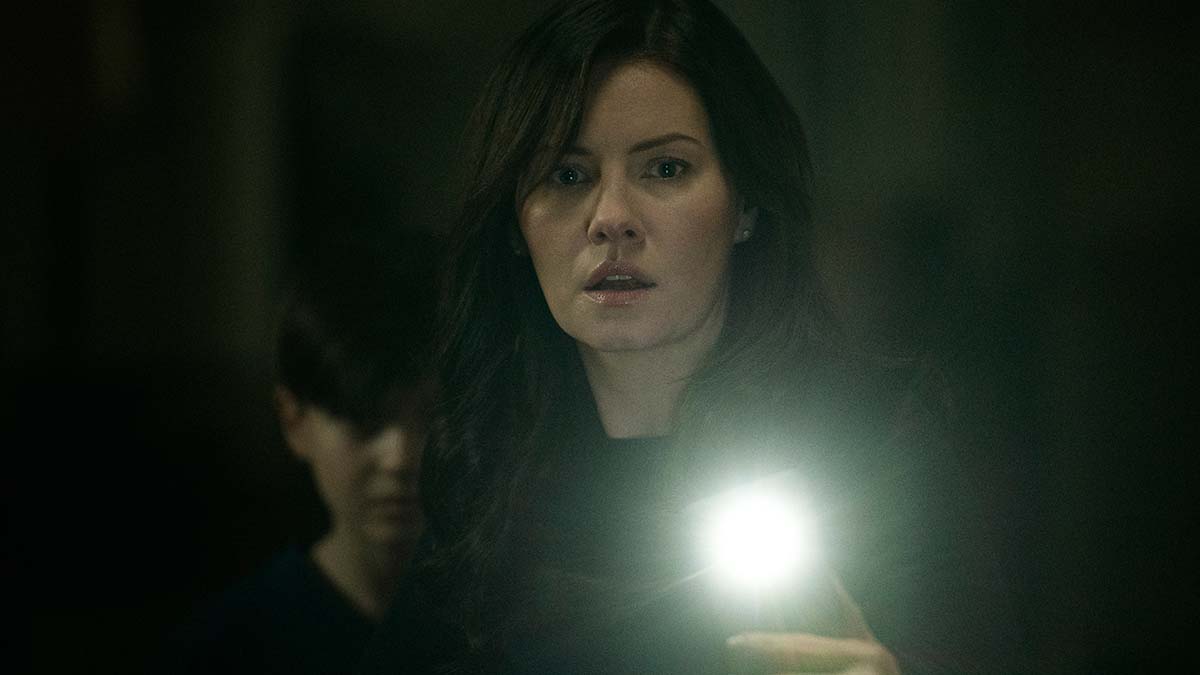 Keira Woods (Elisha Cuthbert) and her husband Brian (Eoin Macken) move their family into a new home as they fight to save their business from going under. With all their focus on work, they don’t realise that their daughter Ellie (Abby Fitz) is struggling and they leave their younger son Steven (Dylan Fitzmaurice) with her after they dash off to a pitch meeting. A disturbing call from Ellie sends Keira into a spiral and when she arrives home there’s no sign of her daughter. Brian believes she’s run off but Keira begins to uncover a darker force at work that is determined to take her family’s souls.

‘The Cellar’ comes from the mind of writer/director Brendan Muldowney and with the likes of Elisha Cuthbert and Eoin Macken leading the cast, you’ll surely be expecting good things. The film starts promisingly as we’re introduced to the Woods family and it’s clear that the dynamic between the four members has broken down. Ellie is resentful that her parents have moved her into a big old house and she’s not delighted to be taking care of her brother either as her parents concentrate on working.

A mix between atmospheric horror and family drama, ‘The Cellar’ doesn’t end up digging enough into either. As soon as Ellie goes missing, Keira turns detective and against all reason and logic, she jumps from one conclusion to another after noticing symbols in the house. Everyone around her is dismissive but she’s adamant that her daughter hasn’t run away. Muldowney has attempted to craft an intricate story with some folklore behind it but it gets so bogged down in that, it becomes a bit of a chore to follow. There are also a few too many gloomy atmosphere shots of the cellar in the house, which after a while feel too repetitive.

Cuthbert is an engaging lead and the film mostly rests on her shoulders. Even when the plot begins to fall down in terms of logic, she’s able to keep you interested in what’s going on. It’s also nice to see her take a role where her character is in control, to a degree, of the situation rather than a victim of it. Macken as her husband Brian though is completely wasted. An actor with plenty of natural charisma, he’s given next to nothing to do and his character’s only purpose is to disbelieve Keira.

‘The Cellar’ is an intriguing film that gets hampered by its own story. By the end of the film I wasn’t 100% sure that the plot made any logical sense and the conclusion didn’t feel satisfactory after the build-up. ‘The Cellar’ hits many of the tropes you’d expect a film like this to and I just wish it had taken some bolder strikes to really put its own twist on the demonic house sub-genre. It’s not a terrible film but it’s one that isn’t as satisfying as it should have been.