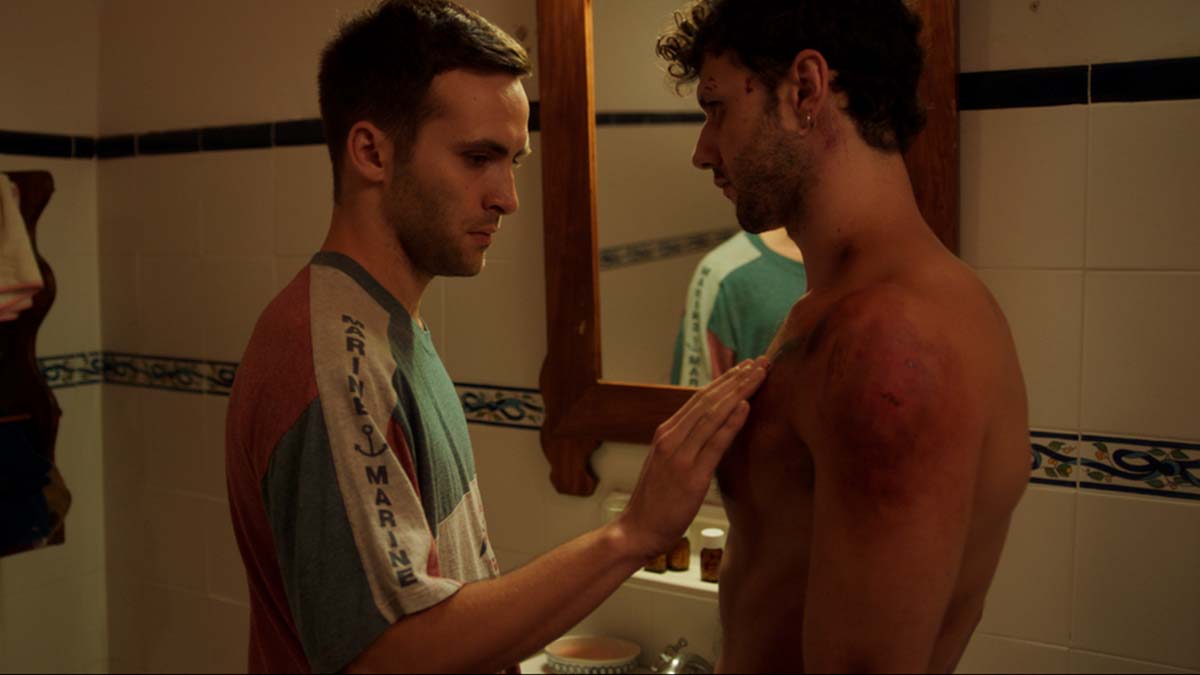 Bringing Him Back - Trailer from TLA Releasing on Vimeo.

Siblings Mía (Bruna Cusí) and Moi (Ricardo Gómez) meet at their family’s countryside home following the death of their mother. Mia has fallen out with her wayward boyfriend Mikel (Joe Manjón) and Moi pulls away from his boyfriend Biel (Eneko Sagardoy) as grief threatens to destabilise his mental health. As Mia and Moi work through their grief together, harmony is thrown into chaos when Mikel unexpectedly shows up claiming to have been in a car accident. His presence at the house causes tension between everybody and sets off a surprising chain of events.

‘Bringing Him Back’ is from film-maker Borja de la Vega and at its heart it’s a family drama that explores grief and mental illness. Mía and Moi are uncomfortably close to each other, and it’s that bond that comes under threat in different ways by both Biel and Mikel. While Biel seems to be the supportive and understanding boyfriend, he’s frustrated with how cold Moi is towards him whereas Mikel takes pleasure in causing problems for Moi, pushing his comfort levels to the extreme.

A great deal of the film focuses on Moi’s struggles. Biel is patient as he tries to get Moi to open up to him, but like a bratty child Moi can’t see anything beyond his own feelings. Taking pills to control his mental health issues, he’s pushed over the edge by Mikel, a man he intensely dislikes and wants to remove from his sister’s life. Being a tricky character, Mikel knows how to push everyone’s buttons, cosying up to Biel, worming his way back into Mía’s affections and deliberately trying to provoke Moi.

As the tension increases, the film goes in a very unexpected direction when Moi makes a shocking decision. The fallout from that is where the film falters slightly as his actions aren’t met with a response that feels realistic. Instead, it goes to further flesh out the unusually close bond Moi and Mía share but storywise it feels a little bit like a betrayal of the characters. Having said that, it keeps the film fresh and it’s certainly a twist you’re unlikely to see coming.

Ricardo Gómez and Joe Manjón are the strongest members of the cast. Gómez portrays Moi as perpetually on the edge of tears as he battles with his demons while Manjón delights in playing with Mikel’s darker side, causing havoc every time he appears. The two actors have tense chemistry in their scenes together, and there’s an underlying sexual tension that may or may not have been intentional on the part of the director.

‘Bringing Him Back’ is quite a different kind of film than you’d normally find in gay cinema. While mental health is a hot topic, and always has been, I feel it was represented in a different way here by de la Vega. While the story may not flow perfectly, there’s enough here to hook you in until the end and you’ll wind up admiring what the director was attempting to do, even if it doesn’t wholly succeed.