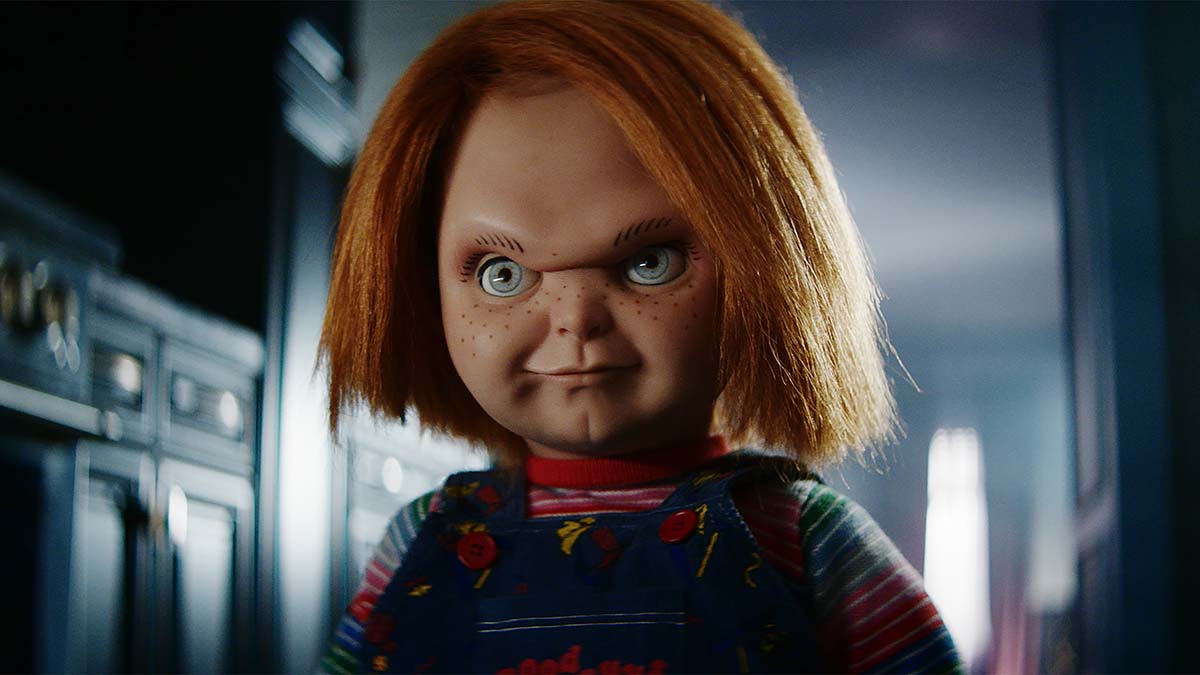 Horror fans get ready as the first season of the critically acclaimed hit US series ‘Chucky‘ is coming to the UK this week.

The horror icon’s debut TV series will begin at 9pm Friday 3rd December on Sky Max with a double bill. The show will then air on Fridays and the first season features 8 episodes.

‘Chucky’ sees the ginger-haired doll causing havoc in Hackensack, New Jersey. After being picked up at a garage sale by bullied teenager Jake (Zackary Arthur), Chucky tries to turn his new friend to the dark side.

The series also picks up the storyline from the last big screen outing ‘Cult of Chucky‘ (2017) and fans can expect to see franchise stars Jennifer Tilly, Alex Vincent, Christine Elise and Fiona Dourif back.

‘Chucky’ has been a big hit in the US and it’s just been announced that the show will be back for a second season in 2022.