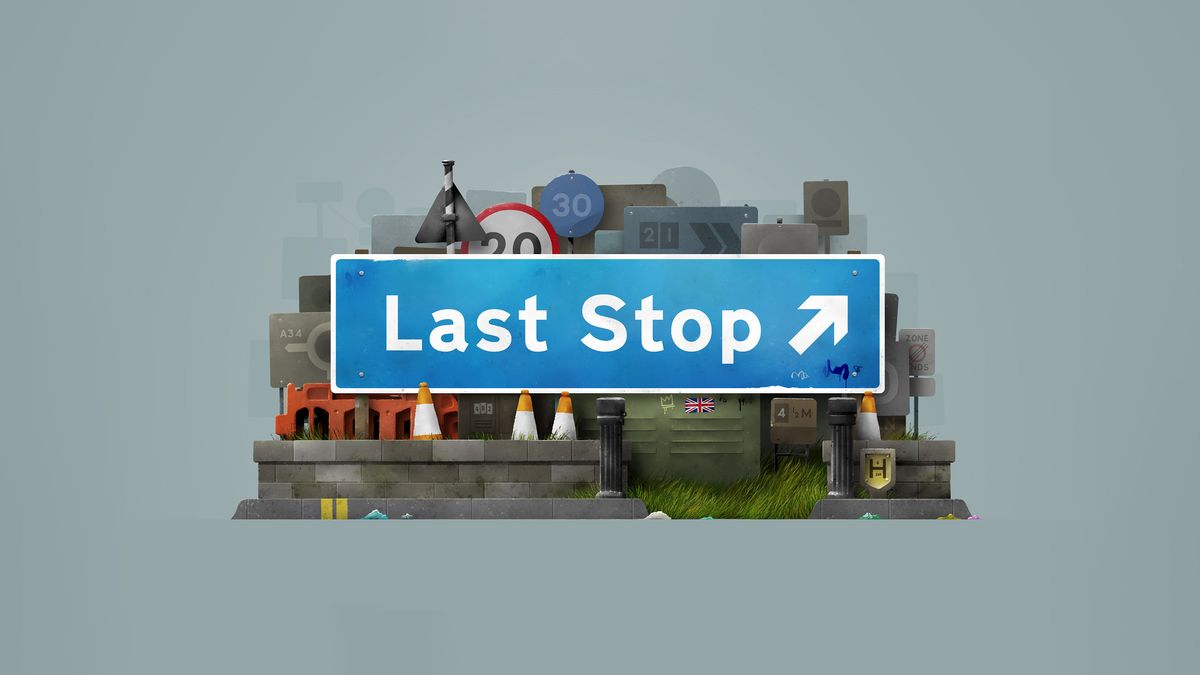 British developer, Variable State hit the ground running with their breakout title, Virginia. It was a small scale mystery game in the vein of Twin Peaks and it had an eye-catching art style. Staying mostly silent for quite some time, their next title Last Stop was unveiled. With another interesting art style and a focus on mystery once more, surely Last Stop will be a hit?

After two teens are being chased by a police officer for their pranks, they encounter a mysterious man in the train tunnels. The man beckons them to go through a strange door and one of the teens goes through and as the door closes behind them, the other teenager is left to face up to their crimes, alone. Shortly after this segment, the scene cuts to a modern-day train in transit and gives you the option of choosing three playable characters.

Watch the reveal trailer below:

The first person to choose from is John. John is a middle-aged, single father. He’s in some sort of shape and his heart has seen better days, as has his bank account. On his way to work, he bumps into his neighbour Jack, and after a minor falling out at the train station, they bump into a mysterious man who utters foreboding words. Thinking nothing of it, they both go home and when they wake up, they realised they’ve switched bodies! The two men team up to find out what happened and how to reverse this curse.

Next up, we have Meena. Meena is an employee at a secret government service and is rising up the ranks quickly. The stress of the job and lack of time spent with her family has led her to having an affair. Her secret is discovered and she finds a blackmail note and must use her skills to track down the one who knows everything. Finally, we have Donna. Donna is a high school student, who loves bunking off with her friends. One day they discover a strange man, suspecting he’s up to no good, they follow him. They find out he has a disturbing secret and when he approaches, the teenagers subdue him and hold him hostage.

Last Stop allows you to tackle any of these stories, whenever you see fit as each chapter is broken into small segments. For the majority of the game, these are stand-alone stories with the only crossover being characters walking past each other, or secondary characters making an appearance in other stories. That’s not a problem, so let’s examine each story one by one. John and Jack have the best story, by far. John is unhealthy and poor, with a daughter to care for and Jack is young, rich and totally independent. This allows the story plenty of room to have fun, and it does. They need to act out each other’s lives day by day, which always raises a laugh. As their story progresses the reality of the situation sinks in and the desperation to get back to normality hits home.

Meena’s story about her having an affair really didn’t do it for me. She’s completely unlikeable and her stoic attitude is grating. There are revelations about her work in the late game that would have hit harder if we were given more info, but overall her story is a wash. Donna’s story is the most frustrating. The set-up is great, a mysterious man held hostage by teens, who are afraid of what he might do……that goes completely out of the window because the writing is so poor and unnatural for this sequence. These teenagers speak like they haven’t committed a crime and it’s completely tone-deaf. What’s more frustrating is the personal life of Donna has heartfelt elements and her connection with the stranger gets interesting later on.

So, we have one great story, one boring story and a story that’s messy but just about lands with a wobble, how is the conclusion? How is the moment they all meet and the story comes to a close? Erm……..meh? The final chapter throws you into this completely different setting, which is kind of interesting and then pushes the main cast together in a split second. It makes it hard to really care about these people and it seems like the game is struggling to figure out what to do, so it decides to do the cardinal sin of rushing and abruptly ending. Come on!

Gameplay is pretty basic. Walk around, choose dialogue and do a few button prompt mini-games. Nothing interesting and nothing difficult. Not a big issue for games of this ilk, but it’s worth knowing for those looking for more.

Visually, it was quite good. There’s clearly a lot of love put into the art and the team show off their love of London. It’s a little bit ‘Unity asset flip’ at times, but it’s a solid looking game. The voice acting is really good….if you understand that the game is purposefully trying to sound corny. The soundtrack is pretty excellent throughout, with a wide variety of genres on show. There’s a few editing glitches, spelling errors and bugs in the game, they don’t ruin anything but they’re noticeable.

The most frustrating thing about Last Stop, is that it had a very strong concept. John and Jack’s body-swapping story could have easily been its own game, but the inclusion of Meena’s downright boring story and the totally confusing mess of Donna’s really hurts the overall flow of the game. The finale could have been quite poignant if John and Jack entered into the finale alone and presented the player with difficult choices. The thing is though, I liked the absurdity of everything, but unlike Virginia, there was no consistency. I appreciate the effort Variable State put in and I see that they’re growing as a studio, but this wasn’t quite what I was looking for.

Last Stop was reviewed using a digital code purchased by the reviewer.