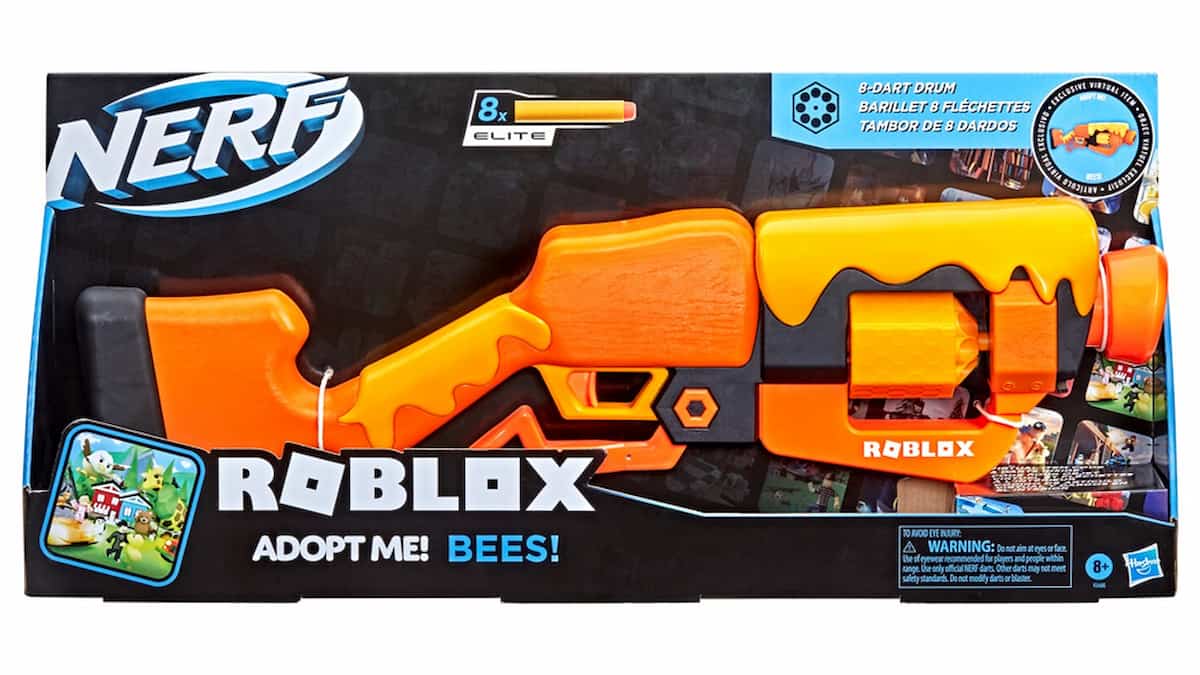 You may have recently seen players using a new blaster in Adopt Me on Roblox. A blaster that launches honey candy into the air for people to collect and eat as and when they want. What you are seeing is the new Bee Blaster and if you’ve been trying to track it down you may have hit a brick wall.

So, just how do you get yourself a Bee Blaster to use in-game? Fortunately, the answer is rather simple but unfortunately, it’s likely to cost you some real-life money. You see the Bee Blaster can only be unlocked by redeeming a code. The code can only be found inside the box of the newly released NERF Bee Blaster gun.

This Nerf Roblox Adopt Me!: BEES! dart-firing blaster takes its inspiration from the Roblox game Adopt Me! It includes a special code that allows you to redeem an exclusive virtual item on Roblox! The blaster features lever-action blasting and a rotating 8-dart drum and includes 8 Nerf darts so you can fire 8 darts in a row. Load the drum, move the lever to prime the blaster, and press the trigger to unleash a dart. Official Nerf Elite foam darts are tested and approved for performance and quality and are great for indoor and outdoor play.

I’m yet to come across a blaster in-game so I’m not sure if they can be traded but given how expensive the blasters are in real life (around £36.99) you should be prepared to pay a hefty price if you do decide to trade for one.

Advertisement. Scroll to continue reading.
In this article:Adopt Me, NERF, Roblox, Uplift Games