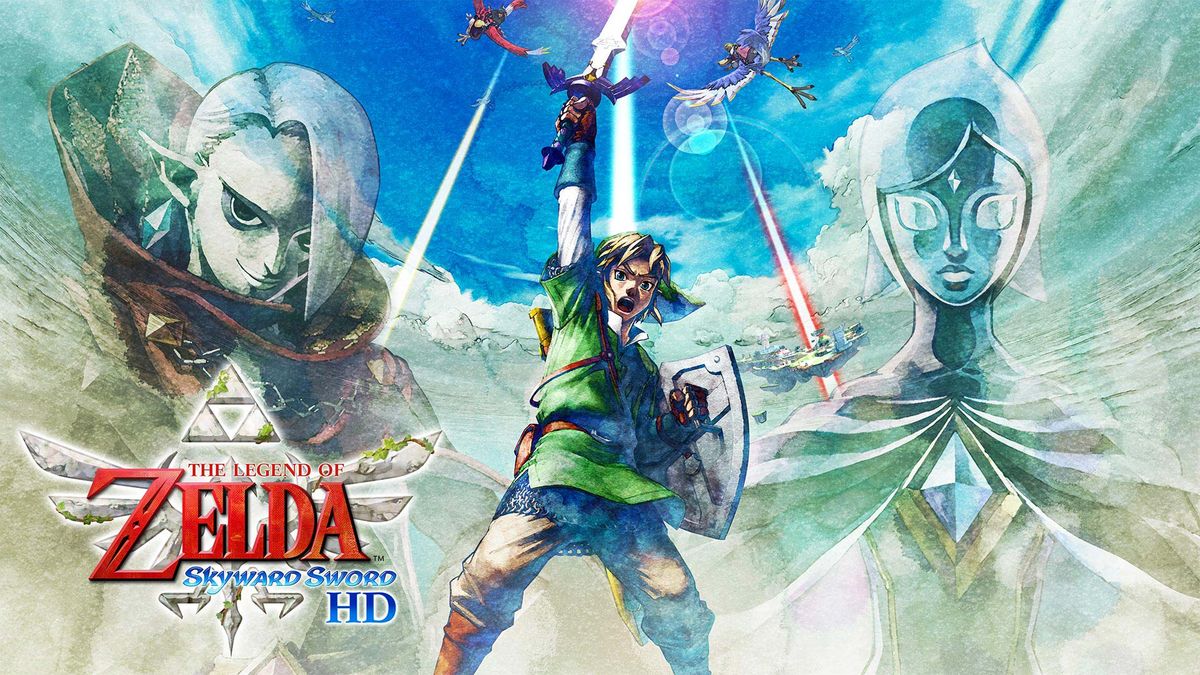 The Legend of Zelda is a series close to my heart and surprisingly, I’ve never played Skyward Sword (save for the first hour many years ago). Whilst I was hoping for Wind Waker or Twilight Princess to receive a remaster first, I’m more than happy to play through this acclaimed title.

Being the first game to acknowledge the popular fan theories of all the games taking place in the same universe, Skyward Sword takes place right at the start, with the first incarnations of Link and Zelda. After the three Goddesses create the Triforce, an object capable of granting wishes, a demon destroys the lands searching for it, driving the people to seek refuge in the sky, above the impenetrable clouds that cover the sky. Years later, an island known as ‘Skyloft’ is created and its people come to regard the surface as a myth. Link is training to be a Knight, a protector of Skyloft who rides on a giant bird. He trains with his friend, Zelda and whilst they enjoy a celebratory flight after Link passes his final exam, Zelda is whisked away by a dark tornado. Link is visited by a spirit, who leads him to a mysterious sword. He claims it and the spirit announces he is a hero of prophecy and that Zelda is also special. Link sets out to find his friend and drive back the darkness.

The mainline Zelda titles have always delivered great stories and Skyward Sword is no exception. The story does an excellent job setting up Link and Zelda as close friends and you can really believe his drive to save her. The secondary cast is also great, the plot moves at a brisk pace for a Zelda title, but it works. It’s not earth-shattering and might be predictable, but everything lands as it should. It’s remarkably satisfying for lifelong fans and entertaining for newcomers.

This brings me to the gameplay and……..well, get comfy. Skyward Sword introduces a plethora of motion controls and we’re gonna have to tackle them one by one. First off is movement. Mostly it’s standard Zelda and it works quite well, except for the inclusion of the stamina bar. Running, climbing, pushing, pulling, swinging a sword, swimming etc all use stamina and boy does it drain fast. It makes sense for swimming and combat but it gets old very quickly during traversal.

What’s more baffling is the stamina fruits, these recover all of your stamina when you sprint through them…. They are placed all over the critical path, what’s the point of the stamina bar? That’s not too bad really, slightly annoying but I can forgive it. Combat relies on the series staple of Z-Targeting but sword strikes are done via motion controls, meaning you thrust your arm forward to thrust, swipe in the direction you wish to attack….it makes sense. The accuracy isn’t terrible here and for the most part, it flows quite nicely. Your mileage may vary though as you can miss hits on target, which are vital during difficult sections.

All of these motion controls add to what is typical of Zelda titles and while I don’t think they add much, they work decently. However, things take a deeper dive. Flying birds is a huge part of the game as it used to traverse the skies. The controls for this are……how do I put it gently? Not very good. The left Joy-Con controls altitude and the right Joy-Con controls steering…I think. I found the only way to get a mildly successful flight is to hold your arms out for minutes at a time and frantically reach for the sky every time your bird starts to fall and waves my arms like an idiot to aim it to where I want to go and spam the boost button. To get off your bird, you press ZR and free fall to the ground and to make a controlled landing you tilt both Joy-Cons in a direction, what direction? Not a clue. Wave your arms around like an idiot once more and it’ll eventually work. It could be my wall-mounted TV, it could be my own idiocy, but anytime I was in the air, the horrendous controls made me want to launch my Switch at the wall.

This Switch version gives you the option to turn off motion controls….kind of. I say kind of because there are puzzles and bosses tied to certain motion controls, if you want to play the game like a traditional Zelda game, forget it. Piece of advice, don’t turn off motion controls for combat, using the analogue sticks for sword swipes is awful. What frustrates me the most is besides these stupid controls, the core Zelda-y parts of the game are excellent. Not quite as good as Wind Waker or Twilight Princess, but still, they’re great. You have your semi open-world exploration, puzzles, boss fights, collectables, mini-games all that good stuff.

On the technical side, it’s impressive. The watercolour art style works really well and the art design is beautiful. As this is pre Breath of the Wild, there isn’t any voice acting, but by golly is the soundtrack stunning. Like most Nintendo products, there isn’t a glitch insight and this re-release boasts an incredibly useful bump up to 60FPS.

I’m really torn here, for all the great things Skyward Sword does, it takes big steps back with systems that really didn’t work for me. Maybe it is just me and other people will enjoy the flight sections, who’s to say? Its merits lay in its story and presentation and when it sticks to what makes Zelda special, it’s a rollicking good time. I’d be very cautious with this title, if obscure controls ruin a game for you, Skyward Sword might give you a reason to hold back, but if you can look past it, Skyward Sword is well worth your time.

Legend of Zelda: Skyward Sword was reviewed using a digital code purchased by the reviewer.