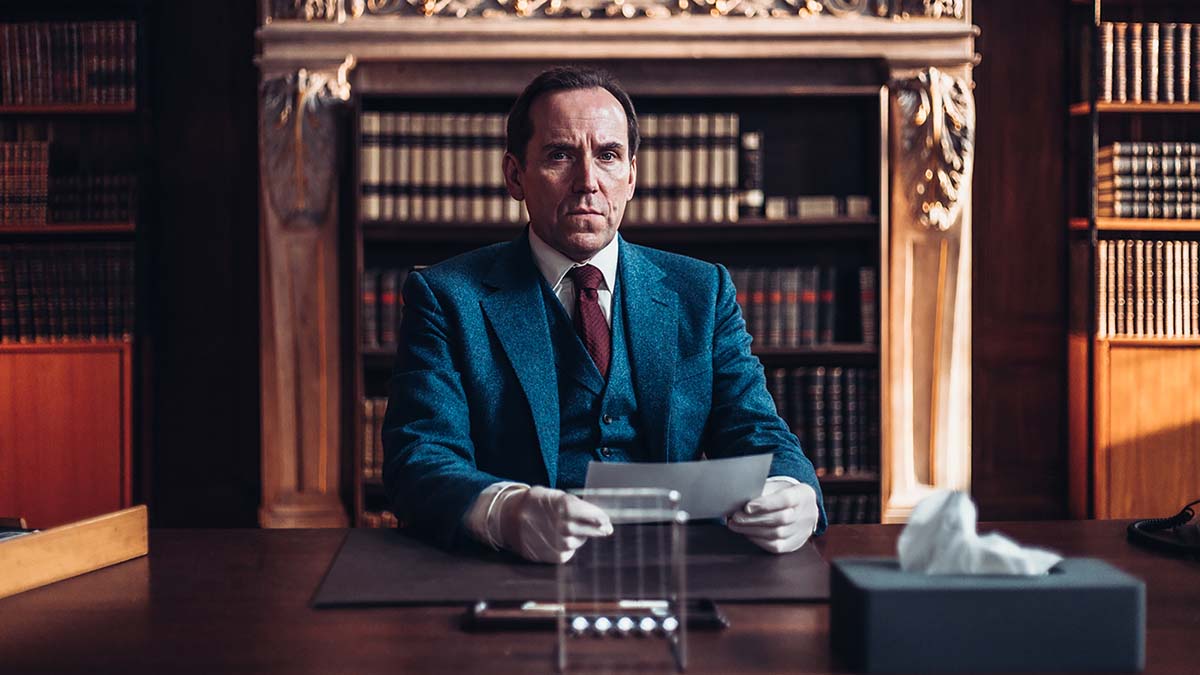 On this week’s episode of ‘Professor T‘, Jasper put himself in the middle of a hostage situation.

If you want to avoid spoilers for ‘Professor T’ stop reading this article now.

After falling down the stairs and injuring himself, Jasper went to the police station to get a break from his mother (Frances de la Tour) who had moved into his house. At first his help was refused but when Jasper interfered with a hostage situation, the captors would only speak to him.

Angering the expert that the police had called in, Jasper followed his three golden rules for hostage situations to help free an Indian family who were being held by two burglars looking for their very expensive jewels. Of course, the case wasn’t as straight forward as it first seemed and it was revealed that one of the family members was in on the plan.

The synopsis for ‘Mother Love’ is:

Professor T is called upon to help investigate the disappearance of a six-year-old girl. Tensions rise between DI Paul Rabbit and Professor T until they finally come to blows.

‘Professor T’ continues Sunday at 9pm on ITV. Preview the episode with our gallery below: