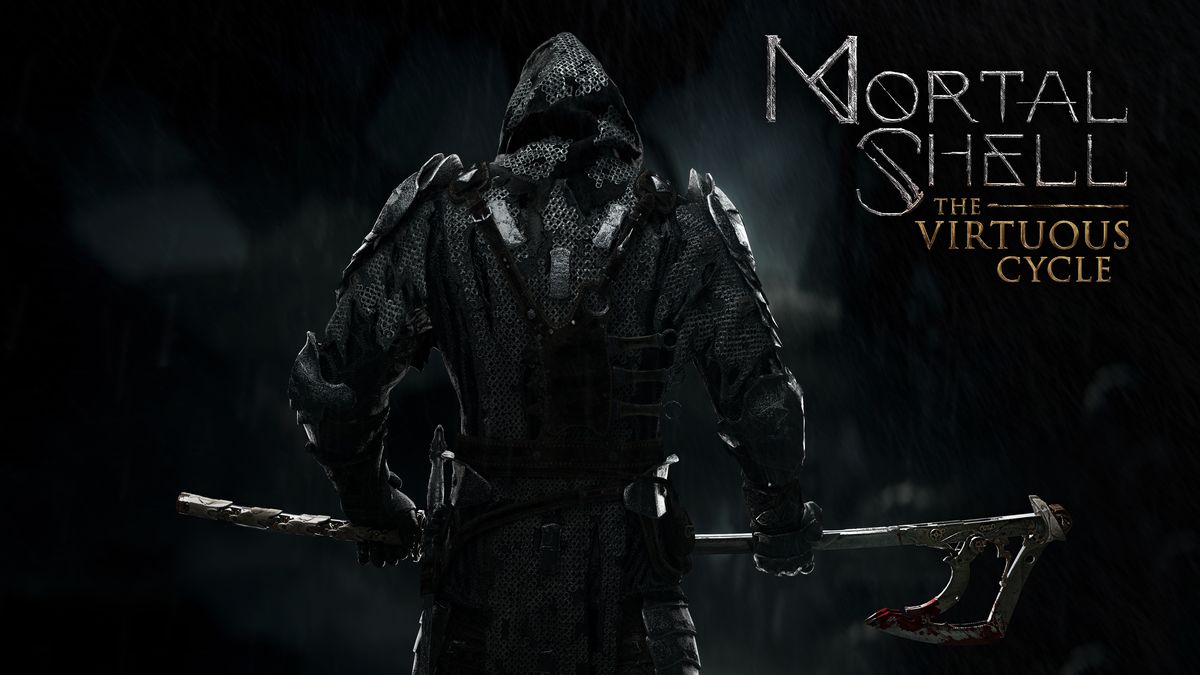 Watch the date reveal trailer below:

One of the keys to beating Mortal Shell for me was learning what enemies were where so I knew what was ahead of me and could plan accordingly. This will no longer be an option if you choose to play in Virtuous Cycle mode as the enemy placement will be altered each time you die.

The DLC will introduce a fifth shell in the form of Harden, you may remember him beating the crap out of you over and over, who will come with his own unique skill trees, strengths and weaknesses.

Also unearthed in the expansion is the Axatana, Fallgrim’s most venerable weapon. In your hands the Axatana bends to your will, assembling itself into a supreme heavy axe when the moment calls and detaching into lightning-fast dual katanas when you desire. Unique move sets for both stances are yours to unlock.

This sounds amazing but what sounds even more so is the introduction of pillars around the game world that grant the player new talents. There will over 100 new abilities to discover and combine, from exotic weapon enhancements to entirely new combat manoeuvres.

“Designing and developing The Virtuous Cycle DLC has been a blast,” said Francesco Zacchini, Technical Designer at developer Cold Symmetry. “We have crammed in over 100 new abilities alongside new lore, the transforming Axatana weapon, and Hadern as a playable shell. I can’t wait to see all the ways players are going to break the roguelike mode that we created. I think they’re going to have a lot of fun with that.”