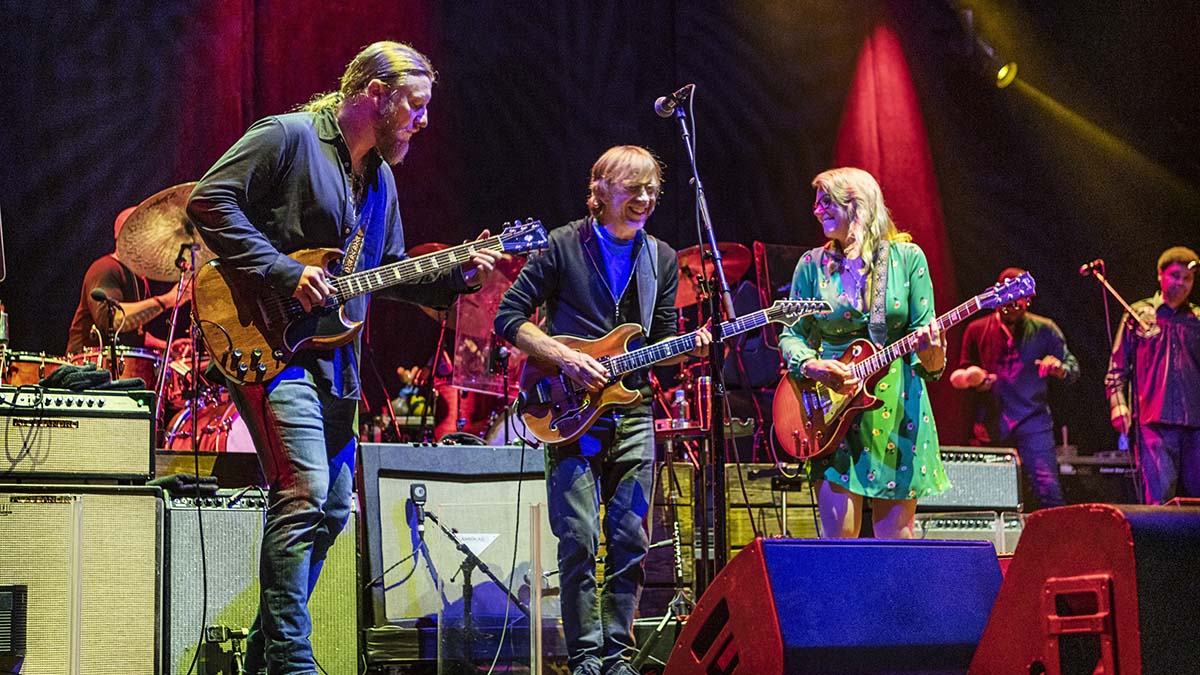 ‘Layla and Other Assorted Love Songs’ was the only album released by Derek and the Dominos, an English-American band that featured Eric Clapton on vocals and guitar and Duane Allman on lead and slide guitar. Originally released in 1970, the album was a critical and commercial flop on its original release but over the years it has gone on to be revered, in large part due to its now iconic title track. In 2019 Tedeschi Trucks Band – led of course by Susan Tedeschi and Derek Trucks – performed the album in its entirety at the LOCKN’ Festival in Arrington, VA with Trey Anastasio and frequent collaborator Doyle Bramhall II.

While the live set may seem random to someone who doesn’t know much about Tedeschi Trucks Band, it was anything but. ‘Layla and Other Assorted Love Songs’ was released on the day that Tedeschi was born and Truck’s parents were such a fan of the album that they named him after Derek and the Dominos. During his career, Trucks also toured as a member of The Allman Brothers Band alongside Allman and Clapton. The connection Tedeschi and Trucks have to the record is obvious as you listen to it through.

Anyone who has ever seen Tedeschi Trucks Band live knows how incredible they are. There are few bands that could beat them when it comes to chemistry and how in tune with one another they are. That shines through on every single song here. Opener ‘I Looked Away’, one of the shortest tracks, is perhaps one of the most faithful covers on this release and one of the few times the band doesn’t break out into extended jams. By comparison ‘Keep On Growing’ is double the length of the original song and at 12 minutes, it somehow never outstays its welcome. The opening guitar riffs last for almost two minutes before the vocals come in. Few bands can hold your attention while they showcase their musicianship but Tedesechi Trucks Band do it with ease.

Highlights on the record include the bluesy soul of ‘It’s Too Late’, the 13-minute jam-fest that is ‘Anyday’ and the classic tune ‘Little Wing’. ‘Layla’ is nestled in the track list as the penultimate song, just as with the original record, and it’s definitely worth the wait. The minute that iconic guitar riff comes in, you get shivers up and down your spine. Then when Tedeschi’s vocals come in, the song jumps to a whole new level. It’s a loving homage that allows the band to put their own twist on the song, making it their own in the process.

‘Layla and Other Assorted Love Songs’ is a showcase of a band that is at the top of its game. Even those these songs are theirs, Tedeschi Trucks Band plays the set like they wrote and arranged every one. That’s some serious talent. In the hands of a lesser band, this would be a nice vanity project but this sits seamlessly with their incredible catalogue. At times, the band is so good, you forget that this is a live record you’re listening to and not a studio recording.