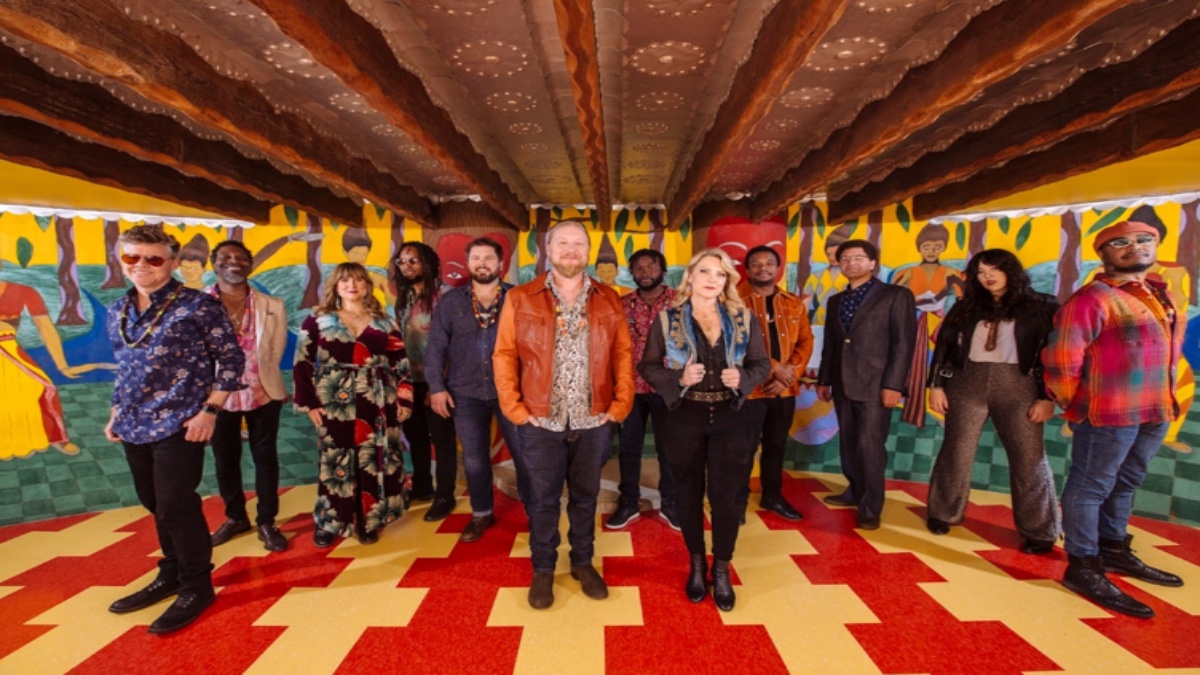 With Tedeschi Trucks Band, everything comes full circle to Eric Clapton album ‘Layla and Other Assorted Love Songs’, made under the moniker Derek and the Dominoes. TTB’s lead guitarist and songwriter Derek Trucks was named after that group, and the band has covered that entire record live. But its influence goes even deeper. Clapton was inspired the tale of Layla and Majnun by the 12th-century Persian poet Nizami Ganjavi, and TTB have chosen to delve directly into those materials themselves on the four-volume epic project ‘I Am The Moon’ which they are releasing over the course of this summer.

TTB’s adaptation of this material takes it in a conceptual rather a narrative direction. Though there is something of a story told on the first two volumes, the songs do not form a rock opera like The Who’s ‘Tommy’. The film pieces that have accompanied the release of these first two albums are less like a traditional film and more like an abstract, arthouse piece. The emphasis in both the music itself as well as the accompanying films is exploring the themes, ideas, moods, emotions, and feelings, rather than following a tightly defined story through a beginning, middle, and end.

For a lot of bands, this approach might not work. Songs tend to work when they focus on concrete, specific details, when they tell a very definite story, and when they let the abstract ideas be implied rather than wrestled with directly. The laidback, jam band style that TTB plays in, which often incorporates a degree of psychedelia, allows it to get away with this kind of abstraction that wouldn’t work for a more conventional band or singer-songwriter. The relaxed, drawn-out instrumental sections create tone poems within the songs, giving expression to some of the content that’s being pushed in the lyrics.

This is a project that only TTB — only a big band with all the various instrumental pieces and all the different voices that TTB has — could pull off. While Susan Tedeschi is more than capable of, and very capably does sing both gender roles on ‘Ascension’, having another voice in organist Gabe Dixon on ‘Ain’t That Something’ makes this a stronger album. Dixon isn’t just singing and playing here; he and others are completely involved in the conceptualization and writing of this project from start to finish. Dixon cowrote 6 of the 7 tracks here, and vocalist Mike Mattison, who sings the part of the antagonist in this story, contributed to the writing of 5. Even drummer Tyler Greenwell helps out with ‘All The Love’ and album closer ‘Hold That Line.’

The songs on ‘Ascension’ are a little shorter than the first volume, and the album runs a track longer. The shortest song, ‘So Long Savior,’ a short, gospel-blues number clocks in at a very svelte 2:39, while the longest, ‘All The Love’, at 9 minutes and change, is nearly 3 minutes shorter than 12-minute track that closed the last volume. ‘Rainy Day’ begins as a raga, but turns into progressive R&B; ‘La Di Da’ is a classic Americana Waltz.

Halfway through their epic four-volume ‘I Am The Moon’ project, TTB continues to amaze and impress, as every element of this project clicks into place and works. This is a band that, with its all its many working parts, is clicking into high gear and getting it all right.