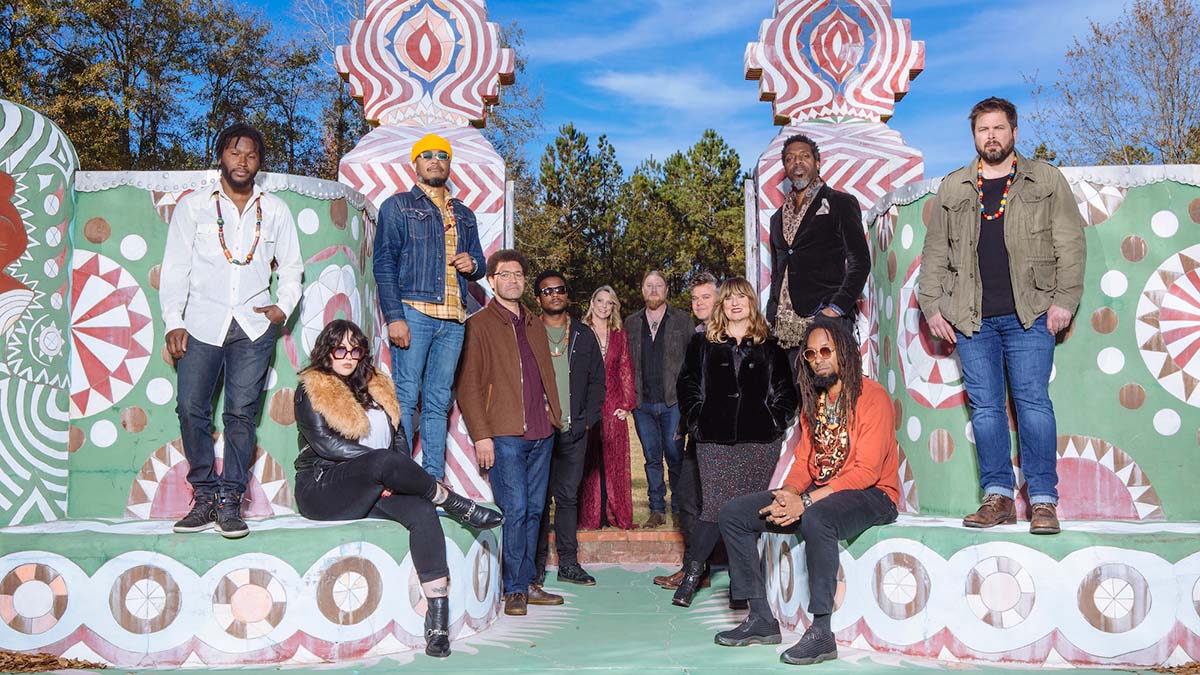 It isn’t easy to say exactly what kind of band Tedeschi Trucks Band is. They won a Grammy for Best Contemporary Blues Album, but, when I spoke with Susan Tedeschi, she said she doesn’t consider what they do blues. She suggested Americana instead. They blend virtually all the different strains of Southern American music: there is blues in the mix, but there’s also jazz and funk, rock, and hints of a twang. There’s a lot of the flavour of New Orleans’s unique musical culture in everything they do.

Over the first three volumes of their massive, four-volume project, ‘I Am The Moon’, TTB has demonstrated their excellence in playing all these styles. ‘III: The Fall’ expands their sonic palette even further, with the most rock album of the project.  The interplay between Derek Trucks’ lead guitar and Gabe Dixon’s keys on ‘None Above’ sounds a little like, of all things, The E Street Band’s Roy Bittan and Stevie Van Zandt. But there’s a hint of Clapton here, too, as there almost always is in Derek’s playing.

TTB are, through Trucks, descendants of the Allman Brothers, and their fingerprints all over this, especially on the blues-rocker ‘Yes We Will’. If Bonnie Raitt had fronted the Allman Brothers, it would’ve sounded a little like this. Trucks is a guitarist with incredible range, and here, he’s channeling Duane Allman.

Structurally, ‘The Fall’, falling where it does in sequence, has to accomplish certain things. It has to reach the climax of this story, the point of peril, where everything may threaten to unravel, and allow the resolution to occur on the final volume. ‘The Fall’ does this effectively: by rocking the hardest of the 3 volumes, in introduces hints of danger and menace.

On ‘The Fall’, the connection between our lovers is tested. Keyboardist Gabe Dixon’s vocals on ‘None Above’ bring his character back into voice in the story, and the song effectively demonstrates his character’s situation. The volume ends at an apex, with Tedeschi delivering a plea to her lover to ‘Take Me As I Am’. In the final volume, I anticipate the lovers accept each other and we get our happy ending. But for now, things could turn out either way; there’s a real chance so this doesn’t end the way we want it to.

The loose structure of ‘I Am The Moon’ leans into TTB’s strengths at creating feel and emotion, and it doesn’t craft a specific narrative. The songs don’t often include a narrative or a story, but they do get across the gist of this folktale. At the lengths of these songs, it’s a real stretch to keep a tight story going, and they’ve made a wise choice to go in a conceptual direction.

The first two albums were very strong, and ‘The Fall’ is as good, maybe even better, than its predecessors. Turning out quality music isn’t easy, and it’s an impressive feat for TTB to have produced so much quality material in such a compressed time. This is my favourite volume of the project.