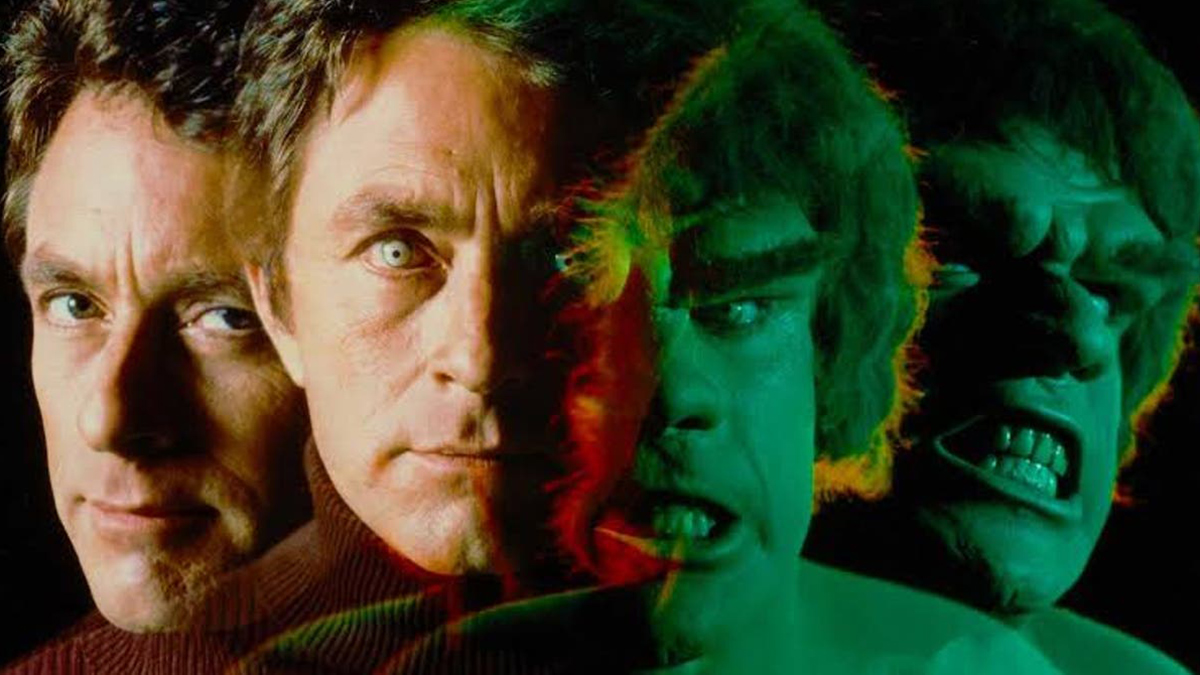 A newly-released bulging box-set from Fabulous Films contains all eighty episodes of the cult 1970s/80s classic ‘The Incredible Hulk’, split across a hefty twenty-six discs. This includes all five seasons of the acclaimed science-fiction show, plus two original feature-length pilot movies and three later TV movies that rounded out the show at the back end of the 1980s.

To entire generations, Bill Bixby is, and always will be, Dr David Banner, also known as the Hyde to his Jekyll, ‘The Incredible Hulk’. The late actor, who sadly passed away in 1993, was rightly celebrated for his cool, measured and charming performance. Dedicated viewers from every demographic tuned in week after week to see where his adventures took him next.

The premise is straightforward, and brilliantly explored in an eponymous feature-length pilot movie that is a textbook example of how to give a promising series the perfect start. Grieving for his wife who was trapped in a burning car, Dr David Banner (Bixby) throws himself into his work. He’s determined to unlock one of nature’s secrets. Why was he unable to generate enough superhuman strength to rescue his wife, when other humans are inexplicably capable of it in extreme circumstances? By experimenting on himself, Banner accidentally overdoses on gamma radiation. Now, when he becomes angry or afraid, he transforms into a large green monster (played with bravura by Lou Ferrigno). However, his assistant Dr Marks (Susan Sullivan) knows Banner’s secret, and persuades him that even in his transformed state, from which he emerges with little or no memory, he is inherently decent and incapable of killing anybody. To make matters worse, sightings of the hulk have let to investigative reporter Jack McGee (Jack Colvin) trailing Banner after already sniffing around his research. When Marks is killed in an explosion just after she reveals her love for him, suspicion for her death falls on Banner. Alone again, Banner lets the world believe that he too died in the fire, and he goes on the run, trying to keep one step ahead of the authorities and the journalist, never able to risk staying in one place for too long.

‘The Incredible Hulk’ has the perfect set-up for an unlimited run of standalone episodes, and the series pulls the premise as far as it possibly can, with a decent run over half a decade, totting up many hours of viewing pleasure for fans to enjoy.

In his first few adventures, the identity-shifting Banner helps a blind girl, then and a naive boxer who is being exploited by drug-dealers. These early outings establish that, far from just trying to resolve his own problems, Banner is driven by a desire to help those in need. He often selflessly manages to turn their lives around for the better, even though he never resolves his own issues. There is a great moral heart at the core of the series that cannot be undervalued.

More appropriately, he finds his way to a zoo where he meets biologist Claudia Baxter (Caroline McWilliams) who is researching animal aggression. Banner hopes to prod her experiments in the right direction so that she can help him control his transformations. Baxter is a dedicated student of Dr Banner and has no idea that she is meeting him in person, believing him to be dead. Already established is a familiar trope, where a female guest star takes a shine to Banner, only for his curse of loneliness to leave him uprooting his life once again at the climax of the episode (accompanied by Joe Harnell’s beautiful score). In the next instalment, Banner rubs shoulders with the upper echelons of California when he goes undercover as a valet to find out if he (as the hulk) really murdered a model, as reported by the press. The episode features a turn by Jeremy Brett, then six years away from becoming the definitive Sherlock Holmes. He gives a masterclass in icy English charm. His guest role as villain of the week is indicative of the calibre of talent ‘The Incredible Hulk’ was able to attract from the get-go.

There are a few episodes, such as ‘747’ and ‘Never Give a Trucker an Even Break’ that look oddly familiar, because they are composites of new material and footage culled from well-known films, the disaster movie ‘Airport 1975’ in the first instance, and Steve Spielberg’s first feature film ‘Duel’ in the latter. It has to be seen to be believed, but a comedy soundtrack does wonders to turn Spielberg’s sinister thriller into a comedy caper on the highways. Needless to say, once you see the recycled material, it’s impossible not to spot a whole host of glaring continuity errors. You have to admire the studio’s audacity in saving money in this way, and at the same time wonder how on earth they ever got away with it!

There are a few absurdities in the premise, too. Although David Banner is on the run, he never seems to venture outside of California, or even much beyond Los Angeles to try his luck starting a new life. Similarly, investigative journalist Jack McGee seems to have an editor of endless patience, allowing him to spend near infinite time and resources pursuing a single elusive story. As time progresses, the writers find better ways to use actor Jack Colvin, but inevitable difficulties of sustaining a comic book set-up over a long-running live action series arise.

Generally though, the episodes are always entertaining, and it’s a mistake to go in with the expectation of realism. They have a certain internal logic of their own, and the fun is waiting for Banner to transform into the hulk – which introduces a green-painted Lou Ferrigno as his alter-ego. After a few series, it’s clear that what keeps viewers hooked is the audacious storytelling, the escapism, the sheer joy of watching Lou Ferrigno literally burst into a scene, and the effortless charm of leading man Bill Bixby. Truly, he was a leading actor of incredible magnetism and intelligence. In quiet, introspective moments, you don’t take your eyes off him.

This release includes the three feature-length TV movies from 1988-90 that briefly resurrected the series and gave it a satisfying conclusion. Fans of Marvel franchises will enjoy the first two, which feature Thor and Daredevil respectively, as comic book worlds collide. For more casual viewers, probably the most satisfying experience is the final instalment, ‘The Death of the Incredible Hulk’, which takes on a darker tone that fits in more seamlessly with the series as a whole, especially compared to the camp daftness of ‘The Return of the Incredible Hulk’. It is in the final instalment that the series again finds what made it so great in the first place – it is exciting and captivating, but it’s the real human drama that makes it special.

As with any long-running series, there are high and low points to ‘The Incredible Hulk’, yet for the most part, it stays consistently true to itself and doesn’t lose sight of its need to entertain its audience. Bill Bixby’s tragic, lonely, inherently decent David Banner stands up as one of the great television characters of the era, and his double act with Lou Ferrigno is sure to carry on enthralling new generations of viewers for many years to come, thanks in no small measure to this magnificent box set.

It’s fantastic to finally have a release that brings every episode and movie from the Bill Bixby series together in one set. ‘The Incredible Hulk’ is truly one of the smash hits of the 1970s and 80s. Revisiting it now, it retains so much of its original charm. The discs are packed with extras, though some will be familiar from previous DVD releases (such as an audio commentary on the pilot episode by director Kenneth Johnson). Sporadic features, including a gag reel showing the cast having fun, pepper the discs. Enthusiasts for the Marvel universe can enjoy the extras featuring comic book legend Stan Lee. For hard core fans, nostalgia buffs and admirers of quality comic book/science-fiction drama, ‘The Incredible Hulk – The Complete Collection’ is one not to miss.