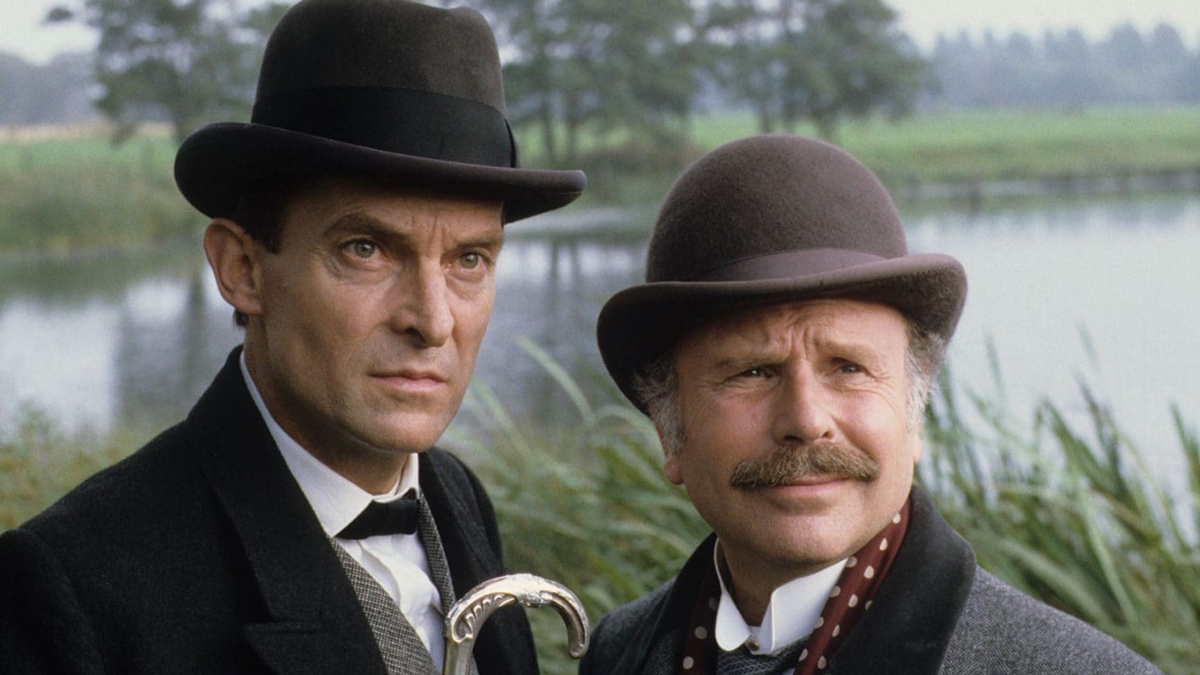 A fantastic podcast (more on that later) persuaded me to part with my hard-earned cash and invest in a Blu-ray box set of Granada's Sherlock Holmes series starring the late, great Jeremy Brett. It is inexplicably unavailable in the UK, but a German release provided my first ever opportunity, as a lifelong fan, to experience the show in high-definition. This week, five months after the discs arrived, I completed my viewing of 'The Cardboard Box', the 41st and final episode. My odyssey set off a train of thoughts that I hope fellow aficionados of the series and of the work of Mr Jeremy Brett will appreciate, even where we may disagree.

In no particular order:

For those fans who, like me, enjoy a physical product and don’t like to rely on the perpetual availability of favourite series on streaming services, I recommend the upgrade from DVD to Blu-ray. The German discs look great, though obviously you have to set the language to English (it defaults to German) and all of the text on the discs and menus is in German. It was fun asking my husband, who speaks German, to translate the episode titles! The picture quality is a massive step up, and you can see gorgeous details in an impressively well-crafted series that you may previously have missed. What I always took to be a random shot of a butler’s shoes in ‘The Greek Interpreter’ reveals that his footwear is covered with felt – to make his tread quieter in The Diogenes Club, where a rule of silence is imposed! I couldn’t help but give a Watson-like exclamation, “But of course!” However, the sharpness of the picture is a mixed blessing. Some special effects, such as St Paul’s Cathedral painted into the background of a location shot in ‘The Red-Headed League’ looks rather creaky, especially when the top of Jabez Wilson’s head disappears as he walks beneath! I could spot too the fake strips of roll-up ‘cobbles’ in the gutters hiding double-yellow lines, the make-up on actors’ faces in close-ups, fingermarks on polished surfaces and, worst of all, the wires holding the stuntmen in the incredible death fall sequence in ‘The Final Problem’ – all of which are totally invisible on DVD. Despite that, for the added crispness and richness of detail, I’d say high-definition is more of a blessing than a curse.