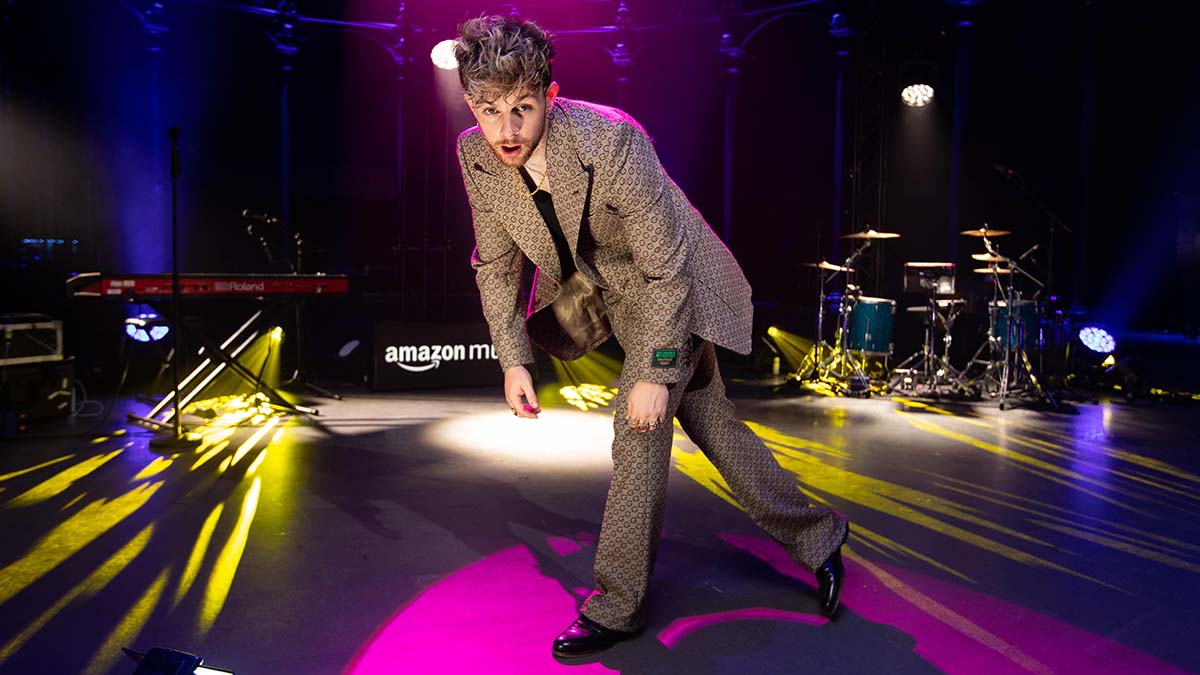 The event featured performances from UK artists Tom Grennan, Mimi Webb and Shaybo ahead of Prime Day on 21st and 22nd June 2021. Each artist performed at the Roundhouse in Camden for an intimate audience made up of key workers from AmazonSmile-registered mental health charities YoungMinds, Together for Mental Wellbeing and Making Me.

Amazon is making donations to all three charities featured and is encouraging Prime members to shop through AmazonSmile this Prime Day by doubling the usual donations for a customer’s chosen charity during the entire 48-hour Prime Day event.

Broadcaster and DJ, Marvin Humes and performing artist and Twitch creator, Talia Mar co-hosted proceedings. The show is now available to stream via Twitch at www.twitch.tv/amazonmusicuk.

Tom Grennan, treated guests and viewers at home to his Top 10 hits, including ‘Little Bit of Love’ and ‘Found What I’ve Been Looking For’. Tom spoke of his love for being back performing, saying: “To feel that buzz and that energy, it was amazing. I’ve missed singing and performing, so I’m loving it. I’ve struggled big time during the pandemic being locked inside. To any young people struggling, know that it’s alright to struggle and its ok to feel the way they’re feeling.”

Mimi Webb, performed her latest chart-topper ‘Good Without’ and brand new single ‘Dumb Love’ along with four other tracks while Shaybo, opened the show with an energetic rendition of her popular hits, including ‘HB Freestyle’ and ‘Broke Boyz’.

Liz Fordham, CEO of Making Me and one of the charities in attendance commented on the importance of supporting mental health organisations: “We’re a young, small charity, and to have the weight of Amazon and Tom Grennan supporting us is huge. The impact that this will have on youngsters will be massive, making them think they can sit up and do something. That it’s OK to struggle and it’s OK to ask for help.”

Patrick Clifton, Head of Music, Amazon Music UK, said: “Prime Day Live has helped to raise awareness for YoungMinds, Together for Mental Wellbeing and Making Me. Music brings people together and is a powerful mood-lifter, so we hope those in the audience and watching live at home enjoyed the show.”

‘Prime Day Live’ is in celebration of Prime Day (21st – 22nd June 2021), which offers Prime members two full days of the best in shopping and entertainment deals with fantastic savings to be had. This year, Prime Day is focussed on supporting small businesses, with over $100million investment being made by Amazon to support small businesses globally. In the UK, Prime members who spend £10 or more with select small businesses selling in Amazon’s store until midnight on Sunday 20th June will earn £10 to spend on Prime Day.

Visit Amazon.co.uk/Primeday for more information or www.amazon.co.uk/supportsmall to find out more about how Amazon is supporting small businesses.