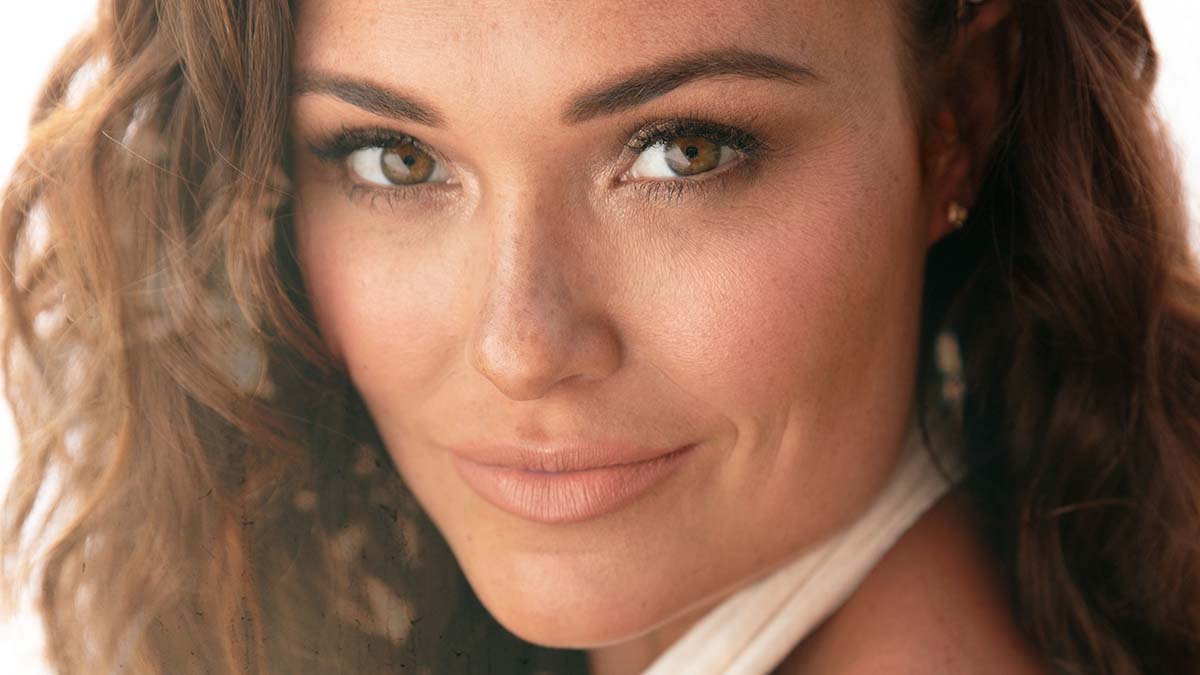 Kylie Morgan made a brief trip over to the UK in 2020 to perform at C2C: Country to Country but sadly was unable to when the event was postponed. I caught her the night before the festival was due to take place at the Snakefarm Showcase in London and at the beginning of the pandemic, we chatted over the phone about her career and music. A year on from that and Morgan is today releasing her debut EP ‘Love, Kylie’, a six-song collection that includes the single ‘Break Things’ and gives fans a chance to find out more about the rising singer-songwriter.

‘Love, Kylie’ was co-written by Morgan and produced by Shane McAnally and Ben Johnson. Named after the way she used to sign off her emails while trying to land a deal, the EP leaves no stone unturned when it comes to showing what Morgan is capable of as an artist. The songs we’ve heard the last year or so only scratch the surface of her talent, but this EP positions her as the next breakout artist in the genre. ‘Shoulda’ opens the EP and it demands you pay attention. A raucous tale of hooking up with an ex, the track is a powerhouse three minutes that deserves to race right to the top of the charts. Morgan’s distinctive vocal cuts right through the Country rock production marrying the best of 90s Country with the best of modern Country.

From there on out, Morgan has you as putty in her hand and the following five tracks are incredibly strong. The soaring ‘I Only Date Cowboys’ reveals the power in Morgan’s voice over twangy guitars, while ‘Outdoor Voices’ shows a more vulnerable side with Morgan restraining her vocal on the verses and playing with her upper range. Single ‘Break Things’ is next and it’s a song fans will already be very familiar with. Sitting at the heart of the EP, it ties things together nicely.

‘Cheating On You’ is the gem of the collection as Morgan dials down the tempo a little and sings about feeling like she’s cheating on her partner even though she hasn’t. It’s an honest story of two people who have grown apart and feel like they don’t know one another any more.

The EP comes to a close with ‘Mad I Need You’, a song that finds Morgan battling between her independence and giving in to a relationship. It’s a song many young woman (and indeed independent people embarking on relationships) will be able to relate to as it’s a classic slice of coming-of-age.

‘Love, Kylie’ is a strong statement of intent from Morgan and with support from Country radio, she could easily enjoy a big breakout. This EP is consistent, addictive and packed with personality, and it shows the potential she has. If this is her debut EP then it’s exciting to think what her next project is going to sound like. Morgan is definitely a rising star in the genre and with songs this strong, she’ll have no problem climbing to the top.