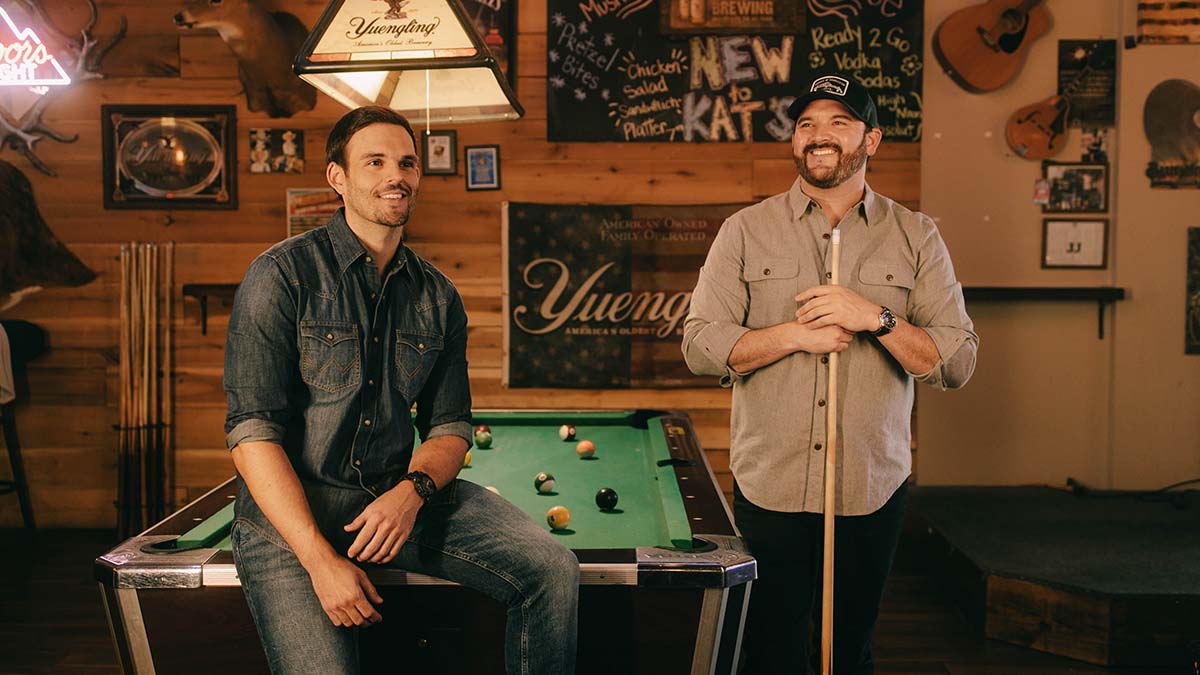 Charleston, South Carolina native Matt Chase and Washington, Georgia’s Chris Rogers played bars together for years before they decided to formalise what they were doing into a duo as Southerland. Meeting through mutual friends, the natural progression into a duo was resisted for a while until the two realised the potential they had. Following a handful of track releases since signing with Sony Music Nashville, Southerland has just released their debut EP ‘Boot EP’.

Steering clear of the genre-defying brand of Country that radio in the US loves, Southerland has taken inspiration from the 90s and 00s for ‘Boot Up’. These are songs that steeped in the tradition of Country music, telling relatable stories that have been staples of the genre for as long as it’s existed. There’s no EDM influences here or attempts to incorporate R&B into the mix, instead these seven songs are straight-up, good-old fashioned Country that traditional fans will lap up.

The title track kicks off the collection and it sets out Southerland’s intentions pretty clearly. The song moves along with a Southern swagger that proves to be irresistible. You’ll be tapping your toes along as the banjo riff drives through the melody and the duo’s vocals effortlessly glide over the song’s rock-leaning. Catching you off-guard, the second song on the EP is a big shift in gear. ‘Might As Well Be Us’ is a mid-tempo song with a more acoustic feel, that you can imagine really picking up steam on radio.

‘Came Out Of Nowhere’ has a deceptively simple melody that gives way to some impressive guitar work around the mid-section, while ‘Dance’ ups the tempo a little for a breezy summer tune that’ll be on repeat for the foreseeable. ‘Along Those Lines’, another song that could easily be a big radio hit, is an instantly hummable track that lodges into your brain with ease.

The final two songs on the EP are the hazy ‘Little Bit of You’ and the pure 90s Country feel-good vibe of ‘Thing Is’. Both songs are among the strongest on the EP and ‘Thing Is’ in particular should be a real hoot to hear live. It’s the kind of song that audiences will take to instantly and I wouldn’t be surprised if it becomes a party favourite.

‘Boot Up’ is one of the strongest debut EPs I’ve heard for a long time, and it definitely left me wanting more. It’s so refreshing to hear a duo really embracing the traditional elements of the genre and there is no filler across the seven songs here. Fingers crossed there’s an album in the future and that Southerland can get over to the UK to play some live shows next year. This duo is my favourite new discovery in quite a while.