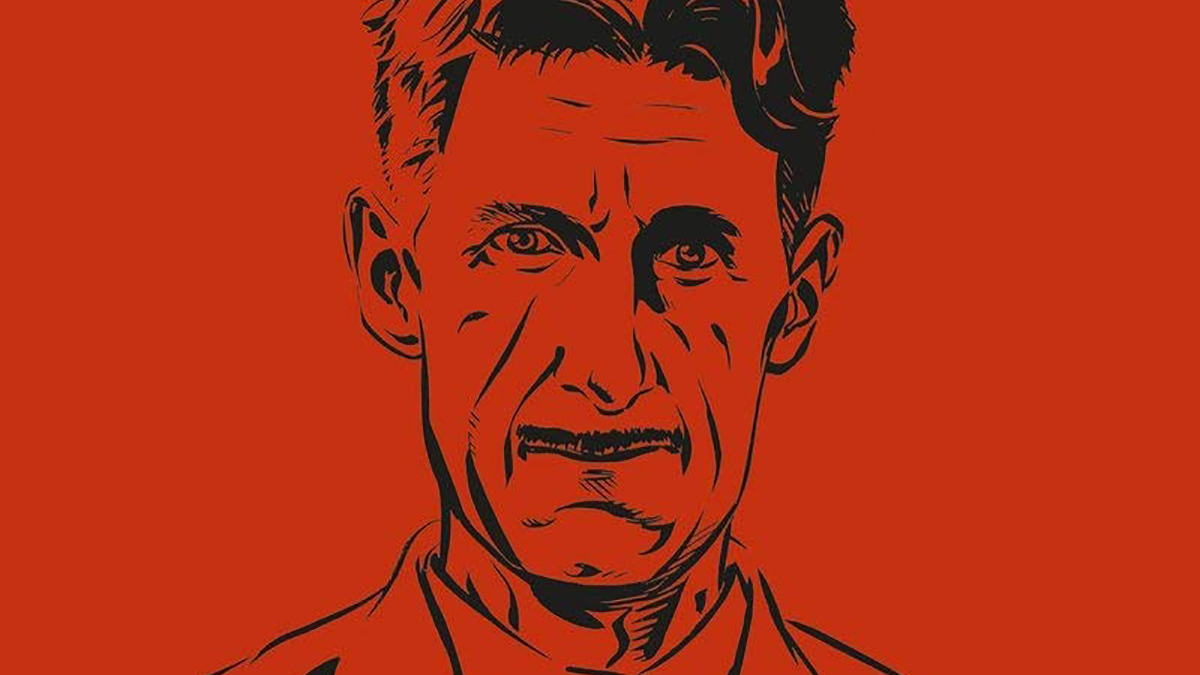 ‘Orwell’ is a graphic biography of one of the twentieth century’s best and most important writers – George Orwell – the man who gave the literary canon Animal Farm and 1984 among a host of other decent novels and hundreds of essays. Writer Pierre Christin and illustrator Sebastien Verdier have teamed up to produce this graphic account of his life and works. Although naturally they focus on the essentials, covering a lot of ground in around one hundred and fifty pages, they hit all the right details. Commendably, they bring to readers’ attention the fact that, although he was dead at forty-six, Orwell lived a busy, full and interesting life that had more than its share of danger and tragedy.

I should say from the outset that I had never read a graphic book in my life before. What drew me in was its subject matter. I have admired Orwell’s work since my student days, reading all of his books and most of his essays over the course of a decade. It was Orwell’s unforgettable works savaging and satirising the ruthless authoritarian ideology of Communism, and where, taken to its logical conclusion, it would inevitably lead humanity that especially impressed me. Animal Farm and 1984 remain widely read, but not always sufficiently understood. Although there are biographies on Orwell that flesh out the man behind the pen, ‘Orwell’ succeeds in bringing him to life visually, and over precious few words. There, on the stark red and black cover, is the unmistakable lined, long face of the author. The thin moustache, slightly wavy hair, prim expression and collar and tie are other identifiers carefully detailed. Orwell stands out, steely-eyed, like Big Brother in his most famous work. The attention-grabbing design is an effective lure into a well-told story.

In one of his most difficult books to understand, Homage to Catalonia, Orwell recounts his time fighting fascism during the Spanish Civil War. He would receive a bullet wound to his neck for his troubles. The complexities of the book are on account of the various left-wing and communist factions that fought Franco’s fascists, and the internecine fighting that they indulged in. ‘Orwell’ whittles this down into only a few pages, and minimal dialogue, and succeeds in creating a clearly-articulated narrative.

As well as clarifying aspects of his autobiographical work, ‘Orwell’ also touches on everything between his childhood and death from tuberculosis in 1950, having just seen 1984 published to great success. We see his burnt-out hatred towards his first public school, and tolerance of his time at Eton, and follow his career in the Indian Imperial Police. Christin and Verdier never lose sight of the need to demonstrate to readers why and how the events they depict helped to shape Orwell the man, and fashion his views on everything from imperialism to making the perfect cup of tea. Neither do they lose sight of the fact that Orwell was patriotic, definitively English, wonderfully eccentric and at his happiest surrounded by nature. ‘Orwell’ never loses the ring of authenticity: the subject matter has been understood, distilled down into his essence, and fairly and accurately painted on these pages.

Any lay reader will also enjoy ‘Orwell’ as an exciting read, even if they have never read a word of the author’s published works. Quite simply, Orwell’s life story is interesting, as were the times in which he lived. He was born in British India just after the death of Queen Victoria and in his short life he lived through two world wars, and saw action in the Spanish Civil War between them. The effects of war, and the paranoia sweeping Spain are vividly brought to life. The attention to period detail in Verdier’s illustrations adds greatly to the immersive effect of the story. It’s hard to imagine anyone enjoying this book with little context about Orwell not wanting to pick up his most famous works and discover more for themselves.

Orwell’s own words, either from books or essays, pepper the pages. Direct quotations can be easily picked out in typeface. There are some full-page illustrations, with the sporadic use of colour to visually punctuate sections. I wondered if the final pages about Orwell’s legacy were necessary. I thought it would have been better to end with Orwell’s death and leave readers to make up their own minds about the interpretations of 1984 to advance arguments by all ends of the political spectrum. The book had already done a great job of bringing to life the works of a great writer, filling in the blanks about what made him tick. Despite that reservation, ‘Orwell’ is a brilliant graphic biography and a loving but not overly-reverential telling of the life of a remarkable man, and one of the most important names in twentieth century literature.