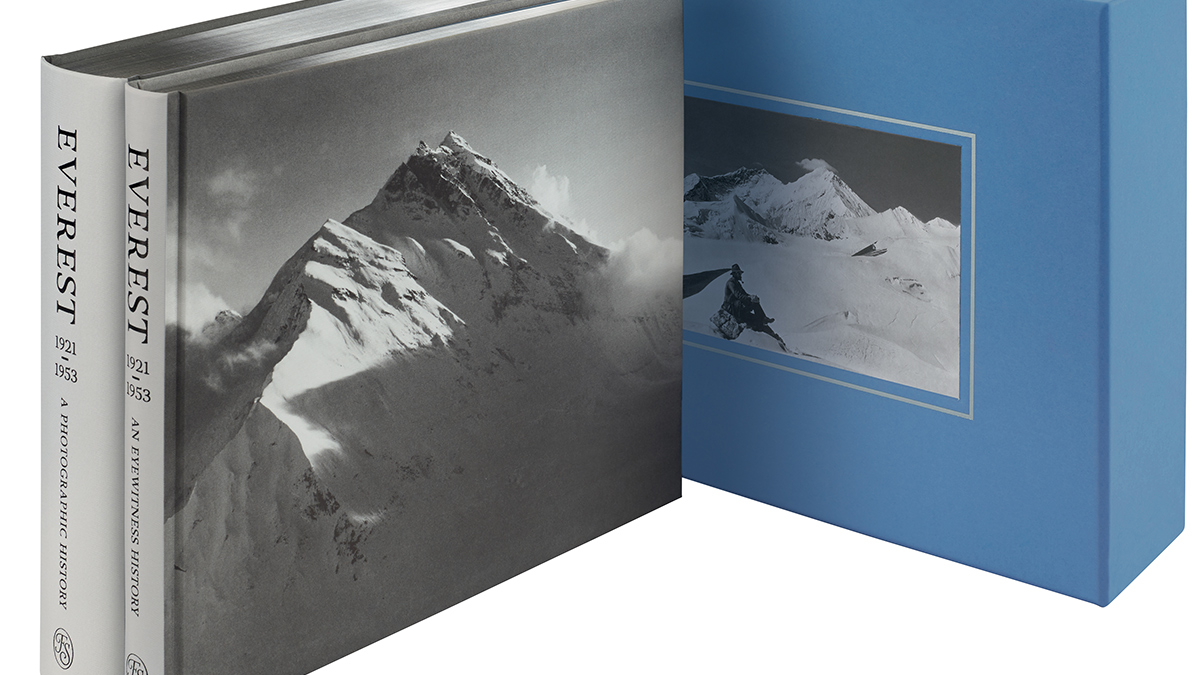 The Folio Society has produced an exclusively commissioned title celebrating 100 years since the first climb to Mount Everest.

Commissioned exclusively for The Folio Society, ‘Everest’ is the ultimate account of five key expeditions to the summit of the world, using spectacular photography and first-hand accounts from those who went there. Marking the 100th anniversary of the earliest British reconnaissance in 1921, a collection of this depth has never before been assembled, making this volume a must-have for explorers and armchair explorers everywhere.

The complete story from the first attempt on the summit in 1922 and the tragic 1924 expedition that claimed the lives of Mallory and Irvine, to the triumphant ascent of Hillary and Tenzing in 1953 is told through photographs, captions and commentary, selected and written by the award-winning mountaineering writer, Peter Gillman.

The first volume, A Photographic History, collects 268 of the most remarkable mountain photographs ever taken, including breath-taking vistas, steep gorges, glaciers, ice-fields, pinnacles and close-ups of the ascents. As well as capturing the sublime beauty of the mountainscapes, they are pioneering works in the history of photography: the 1921 expedition supplied the very first recorded images of Everest and the Tibetan people.

Some pictures have seldom been seen, while others, such as Edmund Hillary’s shot of Tenzing Norgay at the summit, rank alongside the most famous news photography of the 20th century. The Royal Geographic Society (RGS) has granted The Folio Society unique access to their archives allowing us to include new digital scans from the fragile silver-nitrate negatives they hold, providing a sharpness never before possible. Gillman’s detailed narrative captions complete this masterpiece of visual storytelling.

The explorers’ testimony makes up the second volume, An Eyewitness History, in articles and dispatches, memoirs, official reports and private letters – first-person accounts from those undertaking these extraordinary adventures. Both volumes are presented together in a pictorial slipcase.

‘Everest’ is introduced by Wade Davis – an authority on the early expeditions, who places them in their historical context of the ‘Great Game’ played out between the British and Russian empires, and also that of the First World War. The preface is from Jan Morris, the last surviving member of the 1953 expedition, who submitted it to The Folio Society prior to her death in 2020.

‘Everest’ is available exclusively from The Folio Society.

In this article:Everest, Jan Morris, The Folio Society