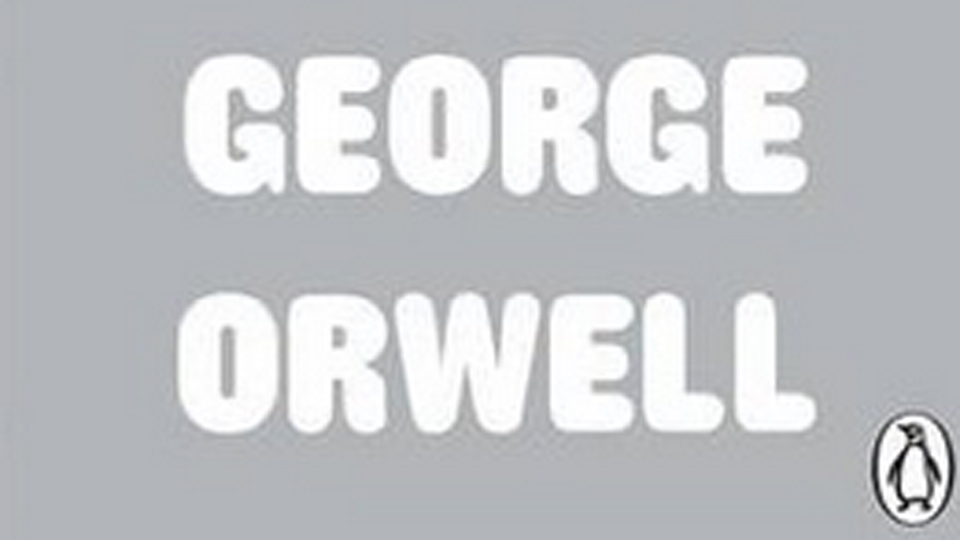 Probably the most famous Twentieth Century English essayist, and certainly one of the most prolific, George Orwell was, many critics agree, more a master of the short factual prose form than the longer novel.

One of his most celebrated essays is his 1946 contribution (published less than four years before his untimely death) Politics And The English Language. Penguin have reprinted and reissued the essay in a short twenty-page pamphlet. Bizarrely but enjoyably it includes Orwell’s unrelated book review of Hitler’s autobiography Mein Kampf (from 1940, when the war was in its early stages), in which Orwell fascinatingly admits he considers ‘there is something deeply appealing about him’.

Reading any of Orwell’s work – fictional, memoirs and essays – it’s hard to believe the author died over sixty years ago for the simple reason that his prose style is modern, journalistic and fresh. Politics And The English Language reveals in part his approach to the written word, and contains his celebrated six rules for clear and precise writing (of which the last is, ‘Break any of these rules sooner than say anything outright barbarous’).

Orwell opens the essay with sample paragraphs of what he considers bad writing, where for a variety of reasons the meaning is obscured. There are some instances where Orwell is plain wrong, such as his claim that certain metaphors are dying and should be allowed to die (one has sympathy with his conclusion if not his assertion). Yet ‘ride roughshod over’ and ‘no axe to grind’ to name but two remain in common circulation, especially amongst irate Daily Mail columnists. It could also be pointed out (as heir-to-Orwell Christopher Hitchens did) that Orwell falls foul of his own exacting standards and rules of thumb, most especially in prose, with the well-worn cliché ‘ruggedly handsome features’ appearing on the very first page of Nineteen Eighty-Four. There is no cause to call hypocrisy though, since Orwell readily acknowledges: ‘Look back through this essay, and for certain you will find that I have again and again committed the very faults I am protesting against’.

Politics And The English Language is more than just a prototype of Lynn Truss’ wonderful call-to-arms against the decline of grammatical standards in Eats, Shoots And Leaves. Ever the political writer, Orwell is as concerned with the motive behind obfuscation as well as the end result that’s often a mere matter of style. Lurking in the background of the essay it’s possible to glimpse the germination of ideas such as ‘newspeak’, the mass rendering of words obsolete, and the twisted meaning of political writing; which would coalesce to devastating effect in his last, most celebrated novel, Nineteen Eighty-Four. ‘In our time, political speech and writing are largely the defence of the indefensible’, Orwell writes. ‘Political language… is designed to make lies sound truthful and murder respectable, and to give an appearance of solidity to pure wind’. How little has changed in the intervening decades.

Whilst Politics And The English Language is essential reading for anyone interested in Orwell’s canon, there are many great essays from the prolific Twentieth Century author that remain just as important today. The place of this standalone release is that it may prompt readers new to Orwell to seek out longer collections of his essays. Taken on its own merits, it acts as a teasing taste of an author too important to read in isolated nuggets.

In this article:Adolf Hitler, George Orwell, Penguin, Politics, Politics and the English Language