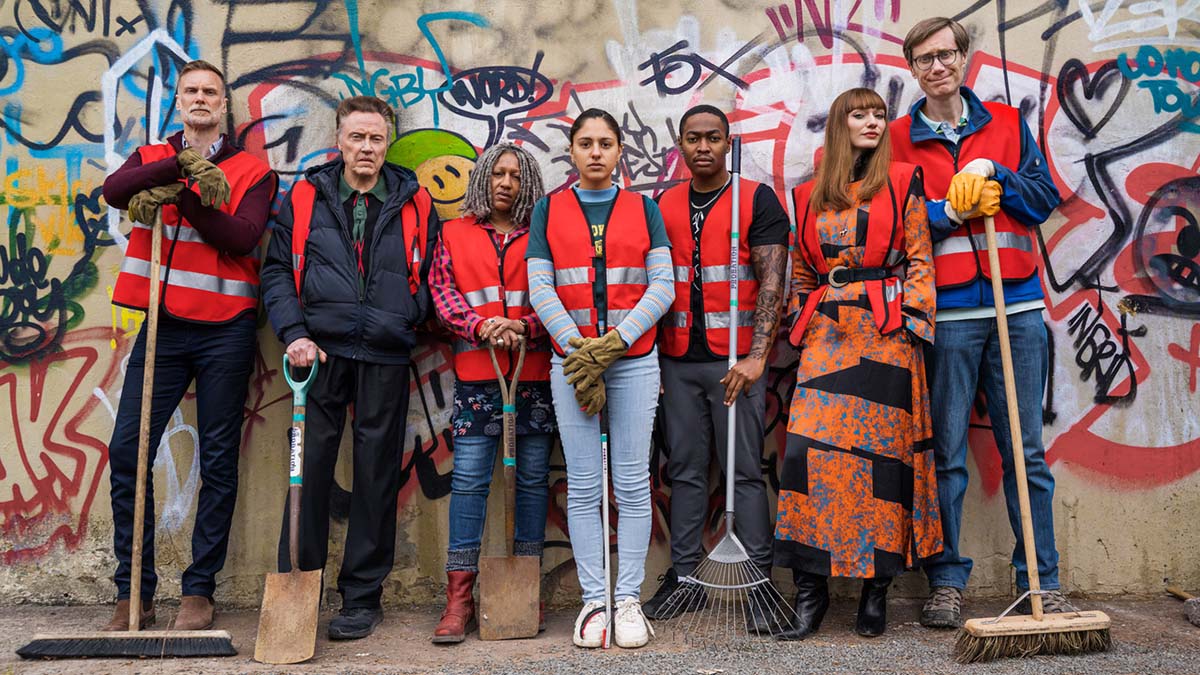 A first-look image has been released by the BBC and Amazon Studios for Stephen Merchant’s upcoming series ‘The Offenders’ (w/t).

‘The Offenders’ follows seven strangers from different walks of life forced together to complete a Community Payback sentence in Bristol. At first, they seem like archetypes we can easily pigeonhole, but gradually we see behind their façades, understand their hidden depths, and what made them the people they are today. We are reminded that no one is all good or all bad. Everyone has a story.

As their unlikely new friendships intersect with their complicated private lives, The Offenders must unite to protect one of their own from Bristol’s most dangerous criminal gang. The show is part crime thriller, and part character study – with humour and heart.

Richard E. Grant (‘Can You Ever Forgive Me?’) plays The Earl, a member of the landed gentry and Gabby’s (Eleanor Tomlinson) father. Julia Davis (‘Sally4Ever’) plays Rita, head of human resources at Greg’s (Stephen Merchant) company.

The series is a co-production between the BBC and Amazon Studios, and is produced by Big Talk with Stephen Merchant’s Four Eyes. Big Talk is part of ITV Studios. Global distribution is handled by BBC Studios

The series is currently filming in Bristol, and will premiere on BBC One and BBC iPlayer in the UK, and on Amazon Prime Video in the US, Canada, Australia and New Zealand.

Advertisement. Scroll to continue reading.
In this article:Stephen Merchant, The Offenders