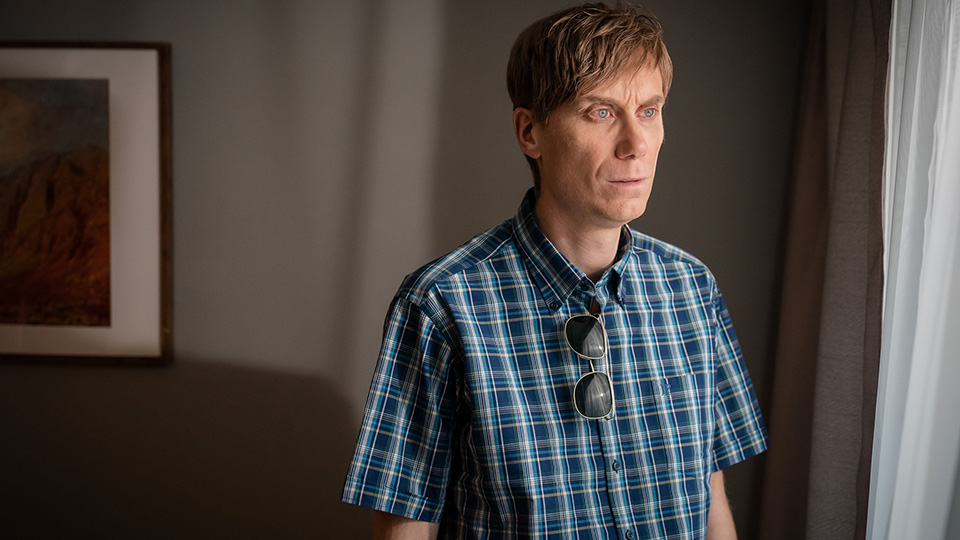 A first-look image has been released for BBC One‘s upcoming factual drama The Barking Murders.

The image shows Stephen Merchant as killer Stephen Port. The Barking Murders comes from Jeff Pope and Neil McKay, the award-winning team behind The Moorside and Appropriate Adult.

The new factual drama will go beneath the headlines to shed new light on this story by telling it from the point of view of the families of Stephen Port’s victims, focusing on their fight to uncover the truth about what had happened to their lost sons and brothers in the face of a now widely-criticised police investigation.

On joining the cast, Stephen Merchant says: “This is a story that can’t be ignored – how four young lives were lost and their families’ brave attempt to uncover what happened. This factual drama will shed light on their story, so it’s a privilege to be a part of telling it with the brilliant combination of Jeff Pope, Neil McKay and the BBC.”

The Barking Murders will air on BBC One later this year.

In this article:BBC, Stephen Merchant, The Barking Murders