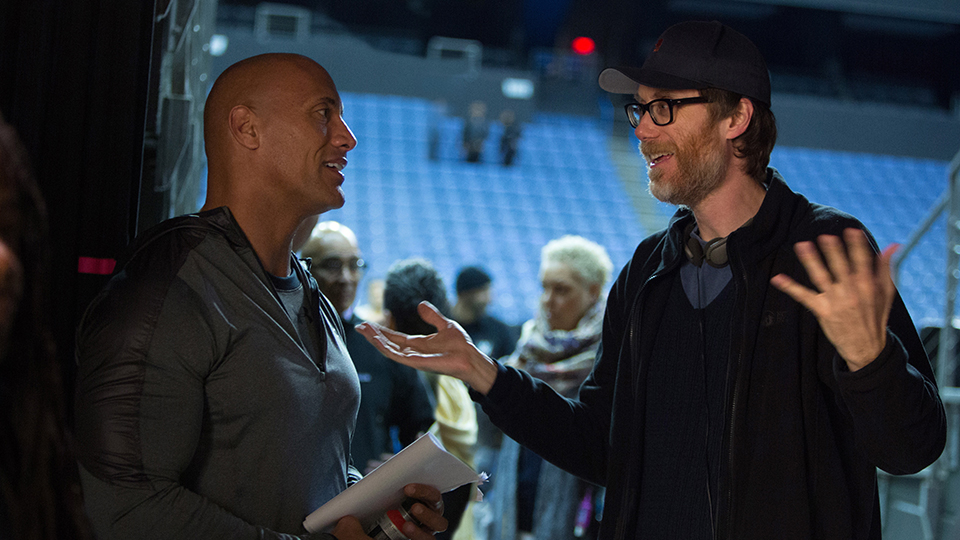 Two hilarious new clips have been released for Stephen Merchant’s (The Office) upcoming comedy Fighting With My Family.

The first clip sees Paige (Florence Pugh) and Zak (Jack Lowden) ask Dwayne ‘The Rock’ Johnson for some help winning over the crowd and they are taken aback by his very enthusiastic response. Watch the clip below:

In the second clip Paige and Zak receive a call from the WWE asking them to come to The O2 Arena in London to try out. Take a look:

Based on a true story, Fighting With My Family follows reformed gangster Ricky, wife Julia, daughter Paige and son Zak as they make a living wrestling together in tiny venues. When Paige and Zak get the opportunity to try out for WWE, the family grabs a once-in-a-lifetime chance to turn their wildest dreams into a dazzling future.

However, brother and sister quickly discover that to become superstars, both their talent and their relationship will be put to the test.

The film is written and directed by Stephen Merchant with a cast that includes Florence Pugh, Lena Headey, Nick Frost, Jack Lowden, with Vince Vaughn and Dwayne Johnson.

Fighting With My Family is released in cinemas on 27th February 2019.

In this article:Dwayne Johnson, Fighting With My Family, Florence Pugh, Stephen Merchant