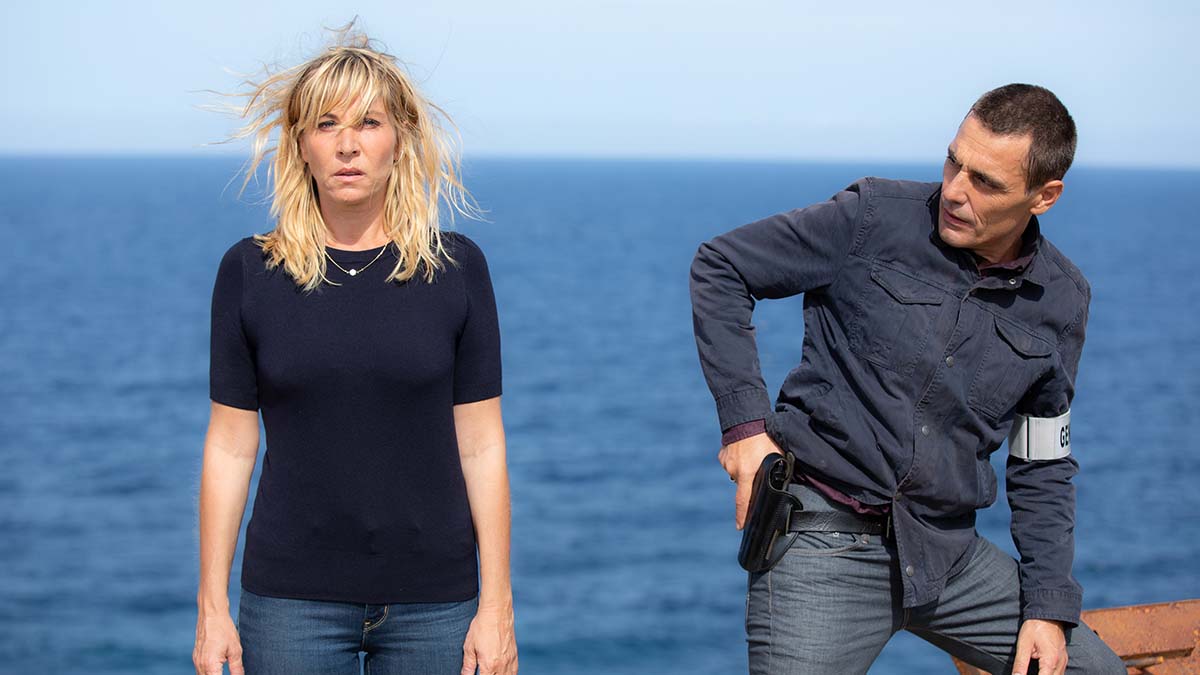 Fans of ‘Spiral’, possibly the finest of all French dramas, will be interested to see two of their favourite actors from that show in this new thriller from the Walter Presents stable: Grégory Fitoussi and Thierry Godard. Add in further heavyweights such as Stanley Weber (‘Outlander’, ‘Borgia’) and Caterina Murino (2006’s ‘Casino Royale’) and you get an idea of the quality of cast we’re dealing with here. There’s even Joséphine Jobert, who plays DS Florence Cassell in the Caribbean cosy, ‘Death In Paradise’.

The opening 20 minutes or so of the first episode of ‘Time Is A Killer’ (Le Temps est Assassin in French) requires your full attention. We hop back and forth in time, and it’s not always clear who is related to whom and what time period we’re in. But stick with it, because things start to become as clear as the Corsican blue sea as time progresses.

We start off in 1994. The Idrissi family are on holiday on the beautiful island of Corsica. But tragedy strikes when the father, Paul (played by Fitoussi), loses control of their car on a mountain road. Both parents and their son lose their lives, and only the daughter, Clothilde, survives. We learn about the happened in the lead-up to the accident from the teenage Clothilde – family arguments, financial worries, possible affairs – and doubts start to creep in about the roadworthiness of the car; had it been tampered with?

Back in the present, Clothilde (now an adult, played by Mathilde Seigner) has grown up and married Franck (Godard). She has a teenage daughter of her own, and when she receives a message to say that her daughter was involved in an accident on the same island where she lost her family, she finds herself back in Corsica again for the first time in 25 years.

Whilst her daughter recovers, they end up staying at the same property she, her brother and her parents stayed at all those years ago. Clothilde refamiliarizes herself with old faces and often painful memories of the place where her life changed a quarter of a century ago. Then one morning, she gets a hand-written note that appears to be from the grave.

Despite the dizzying array of good-looking talent in the cast, Corsica is the real star. It’s a stunning backdrop for this slow-burning drama. As such, it’s a vitamin-D infused antidote to a lot of the Nordic Noir out there. But it does suffer from a bit of a soap-opera feel at times, and it’s rather formulaic in its approach.

Perhaps it is a bit of style over substance. But the storyline is based on a novel by Michel Bussi, so hopefully we’ll get some fully rounded characterisation as the season progresses. And whilst the plotline of a supposedly deceased person coming back to haunt a living survivor isn’t new, it’s a hook intriguing enough to reel you in for future episodes. And if that’s not enough, you can always immerse yourself in the Corsican landscape.

Walter Presents: ‘Time is a Killer’ premieres its first episode on Channel 4 at 11pm on 16th May. The full boxset is available on Walter Presents via All 4 from 14th May.

Advertisement. Scroll to continue reading.
In this article:Time is a Killer, Walter Presents