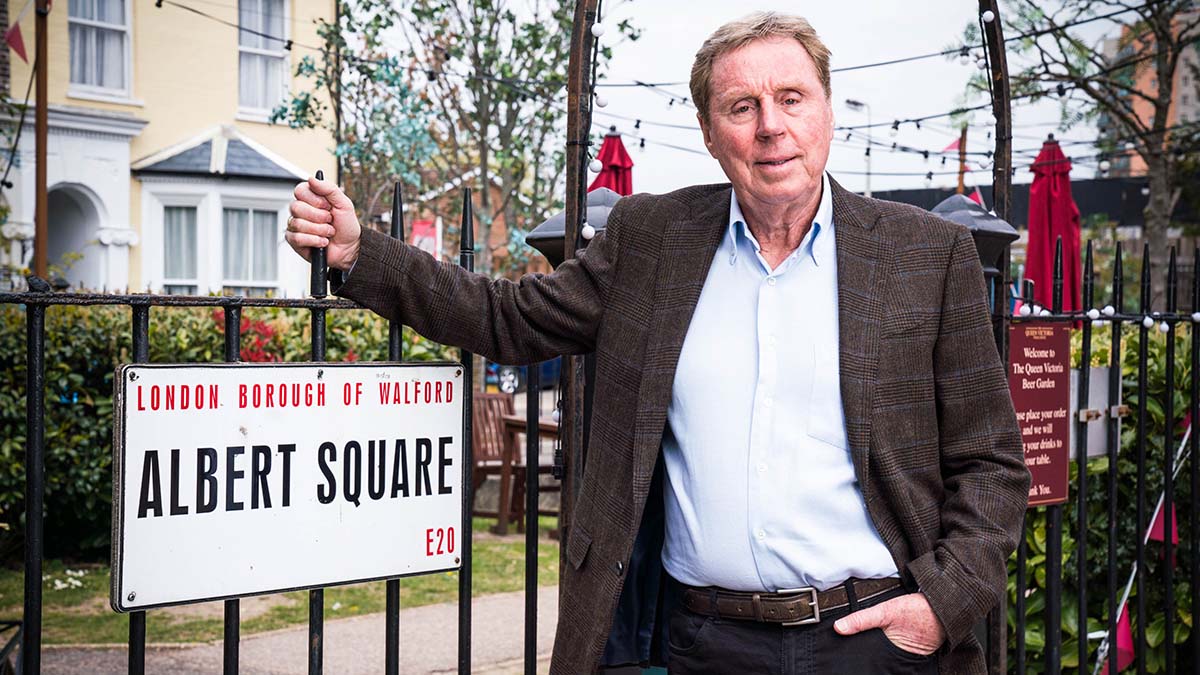 Football legend Harry Redknapp will be heading to Walford for a special cameo appearance in ‘EastEnders‘.

Viewers can expect to see him appear in an episode over the summer, which coincides with the long-awaited European Championships. His legendary status amongst West Ham supporters guarantees Harry will be welcomed to Walford with open arms as the residents of the Square celebrate the tournament.

On his trip to Albert Square, Harry says “It’s no secret that I’ve wanted to be in EastEnders so I’m over the moon to be making a special cameo this summer. With a nod to the Euros, it’s a lovely fit and as a proper East Londoner it’s been so much fun. Sandra’s a huge fan, she watches it every day so it’s a real special moment for the whole family!”

Jon Sen, Executive Producer, EastEnders added “What better way to mark a special summer for football fans by having none other than West Ham legend Harry Redknapp pay a visit to Walford. He’s synonymous with London’s East End and we were delighted to hear he’s a fan of the show too. We can’t wait for audiences to see what brings Harry to Albert Square.”

Harry’s renowned football career began with playing for West Ham United,  before going onto manage them as well as  AFC Bournemouth and  Portsmouth among many others. He was crowned King of the Jungle in ‘I’m a Celebrity… Get Me Out of Here’ in 2018.

In this article:EastEnders, Harry Redknapp