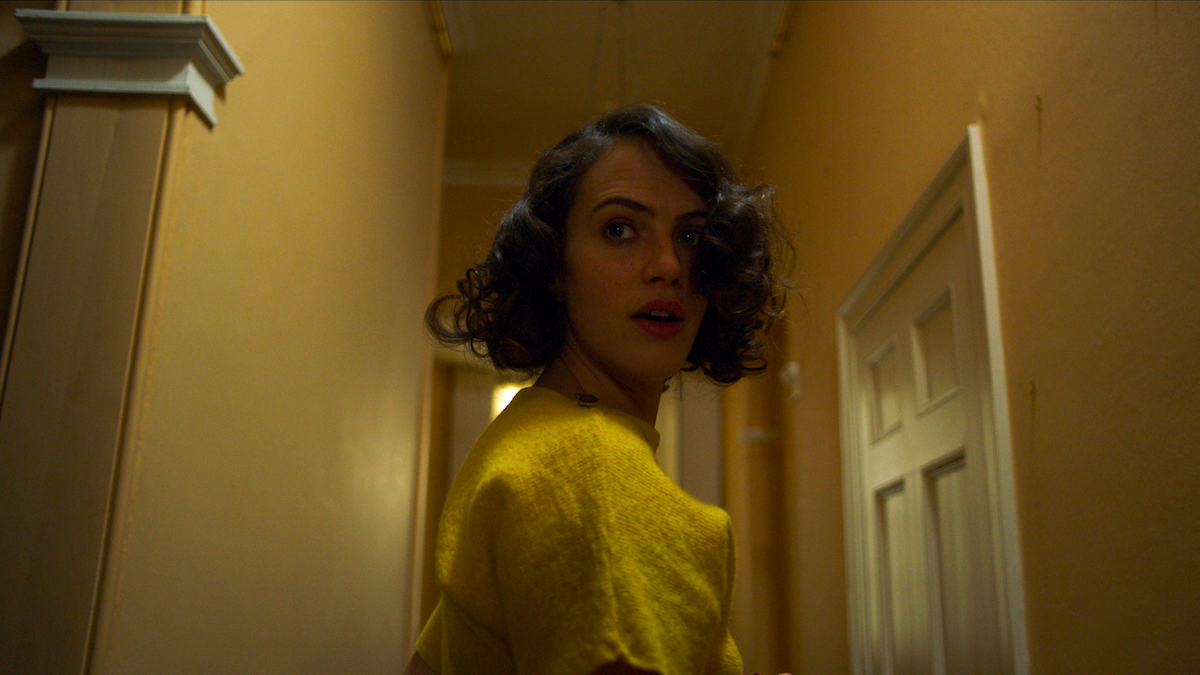 The latest film from British horror filmmaker Christopher Smith sees him turn his hand to the classic gothic ghost story, with ‘The Banishing’, a handsomely mounted low-budget chiller, now streaming on Shudder.

Downton Abbey’s Jessica Brown Findlay stars as Marianne, a vicar’s wife who moves with her new husband Linus (John Heffernan) and her daughter Adelaide (Anya McKenna-Bruce) to an old gothic manor attached to the church where Linus will attempt to rebuild the local congregation. A brief prologue has already revealed that this house has a dark past, and so it isn’t long before things are going bump in the night.

Marianne starts to hear voices coming from the walls. Mirrors reflect things that aren’t there. Adelaide finds an extremely creepy set of dolls to play with, and seems to be conversing with someone who isn’t there. It’s all very standard haunted house material, which is of course no bad thing. Linus uncovers some evidence of what might have happened to the previous vicar, only for the Bishop (played more like a gangster than a clergyman by John Lynch) to strongarm him and put him in his place. Sean Harris even pops up in the archetypal role of the ‘occult expert to the rescue.’

‘The Banishing’ is a film of elements, all of which are good, but it doesn’t add up to the sum of its parts. Period setting, gothic location, haunted house, talented cast, church conspiracies, evil cults…it should all come together into a decent whole, but it just doesn’t. The film has some effective imagery and a few strong jump scares, but despite everything it has going for it, the atmosphere is lacking. There’s nothing remotely scary here.

The pacing is sloppy, and the random editing and ordering of some of the scenes drains the film of much-needed tension. It means there’s no build and release, which these type of haunted house films live or die by. It all feels very half-baked. A late swerve into Nazi occultism comes out of nowhere and is grossly underdeveloped, and quite frankly, a bit silly.

Jessica Brown Findlay does her best to hold it all together, and gives an engaging performance as the fearless and thoroughly modern Marianne. Sean Harris is also a lot of fun, bringing his unique weirdness (and a dashing wig) to the role. But even his marvelous syrup isn’t enough to save this bland and unoriginal chiller. You’ve seen it all before, and done much better.

In this article:Jessica Brown Findlay, Sean Harris, Shudder, The Banishing