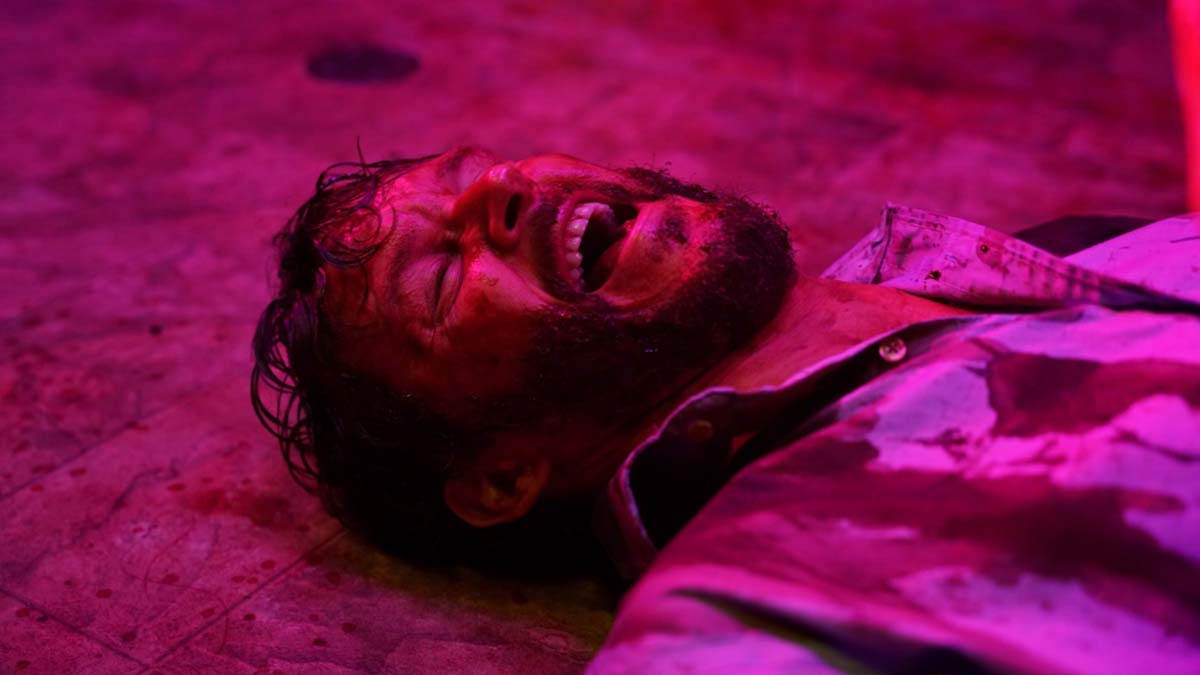 Ever found yourself stuck in a public toilet following a bender with only a glory hole to talk to? Well that’s the bizarre situation Wes (Ryan Kwanten) finds himself in. Following a bad break-up with Brenda (Sylvia Grace Crim), Wes stops at a rest stop and drinks himself into oblivion. When he wakes up, he rushes to the rest stop toilet to be sick and then finds that he’s trapped there. A voice, known as Ghat (J.K. Simmons) starts speaking to him through the glory hole in his stall and Wes has to figure out what’s going on in order to get out.

‘Glorious’ is a film from director Rebekah McKendry that pays more than a little homage to the Lovecraftian genre of horror. Essentially a two-hander, with only one of the characters seen on screen, McKendry’s film takes a simple premise and turns it into a nightmarish and puzzling experience that will keep you guessing until the end. Wes’ initial conversations with Ghat are hilarious as he believes that a man is trying to hook-up with him but it soon becomes clear that Ghat might not actually be a real living human being. As Wes asks more questions, Ghat slowly reveals himself and it’s not long before Wes realises, he’s in a situation that’s graver than he thought.

Clues are drip-fed throughout the film that viewers can piece together to try and understand what’s going on. Is Wes a victim of circumstance or is his arrival at the rest stop pre-destined? A series of disorienting flashbacks help you solve some of the mystery while the words that Ghat speaks start to fill in many of the blanks. While it’s clear from the outset that Wes is a troubled man, it’s not clear why that is and if he’s on a temporary downer or there’s something more serious going on under the surface.

Much of ‘Glorious’ rests on the shoulders of Ryan Kwanten, who is perhaps best-known for his work on the long-running horror series ‘True Blood’. Kwanten is a gifted acted who has proven that he can tread the fine line between drama and comedy, and he’s always able to make his character sympathetic to the audience. That’s essential here because Wes is an unknown quantity and perhaps an unreliable narrator. Kwanten is matched by J.K. Simmons who may only contribute his voice but makes a big impression. Simmons has fun with his dialogue, which sometimes veers off into monologue territory, and his chemistry with Kwanten is strong.

‘Glorious’ is an unusual film that will likely divide viewers. The playful chemistry between Kwanten and Simmons makes the film, and the darker second half goes places you may not expect. Despite its short length, ‘Glorious’ holds its cards close to its chest mixing comedy and horror to keep you interested, and ensure you continue to try and figure out what on earth is going on.