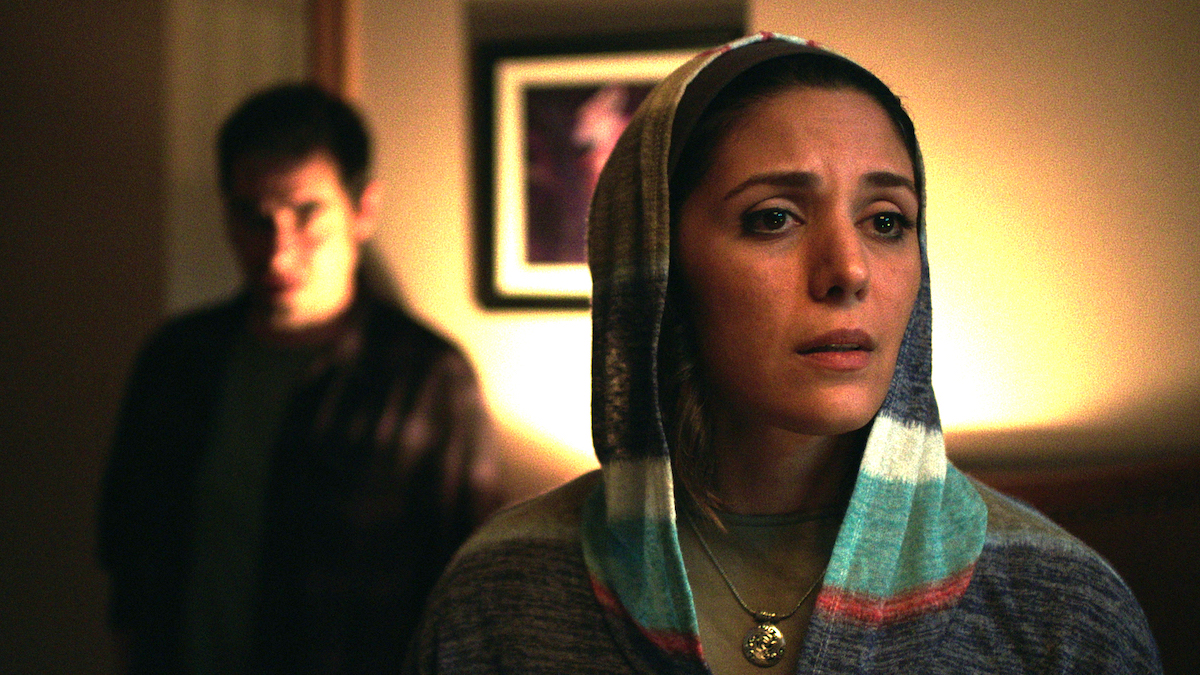 A young couple’s personal demons begin to physically haunt them in this stylized supernatural drama from director Kourosh Ahari. Driving home late after visiting friends, bickering couple Babak (Shahab Hosseini) and Neda (Niousha Noor) find themselves increasingly lost and exhausted in the urban sprawl of Los Angeles. With a small baby in tow, they decide to find the nearest hotel and settle down for the night. This leads them to the grand, but eerily deserted Hotel Normandie.

Having been checked in by the slightly unsettling concierge, Babak and Neda begin an epic quest to finally get some sleep. Unfortunately for them, the hotel has other ideas. ‘The Night’ has the feel of a classic Stephen King novella—a young and likeable family in a very ordinary situation, suddenly plunged into a supernatural nightmare—and judging by the number of times director Kourosh Ahari visually invokes Stanley Kubrick’s ‘The Shining’, the King of Horror was clearly on his mind too.

The first half of the film is arguably the strongest part of ‘The Night’, utilizing classic horror techniques and tropes. Figures lurking in the shadows, creepy children in the hallways, seeing things in reflections that aren’t actually there. It’s a box ticking exercise of scary things that go bump in the night. As it becomes more evident as to what is actually haunting Babak and Neda however in the second half of the film, it stumbles into a bit of a morality play, with far less successful results.

Befitting a film with multiple homages to Kubrick, from a technical point of view ‘The Night’ is excellent. The sound design especially is terrific, with the pulsing electronic drone of the lights outside the hotel room, adding to the growing sense of dread and anxiety. The cinematography by Maz Makhani is also fantastic, brilliantly using shadow, neon light, and reflection, whilst also capturing the claustrophobic geography of the hotel.

Unfortunately, Ahari lets things get away from him in the second half of the film. After a tight and sharply executed first half, culminating in a terrifically unnerving sequence with a police officer, things become slow and sluggish. After such a strong setup, with a few bravura moments along the way, it’s a real shame to see it descend into a prolonged and ponderous final act.

It’s all subjective of course, and I’m sure many viewers will be fascinated and delighted by how ‘The Night’ reveals itself (or doesn’t as the case may be). I personally thought it went on too long, and found the twist to be at best a clunky misstep, and at worst deeply misogynistic. That being said, I would still recommend you seek it out. It’s a very unsettling film, and hugely open to interpretation. There’s a lot to admire here, and even though I’m slightly down on the ending, make no mistake, this film announces Kourosh Ahari as a very promising filmmaker.