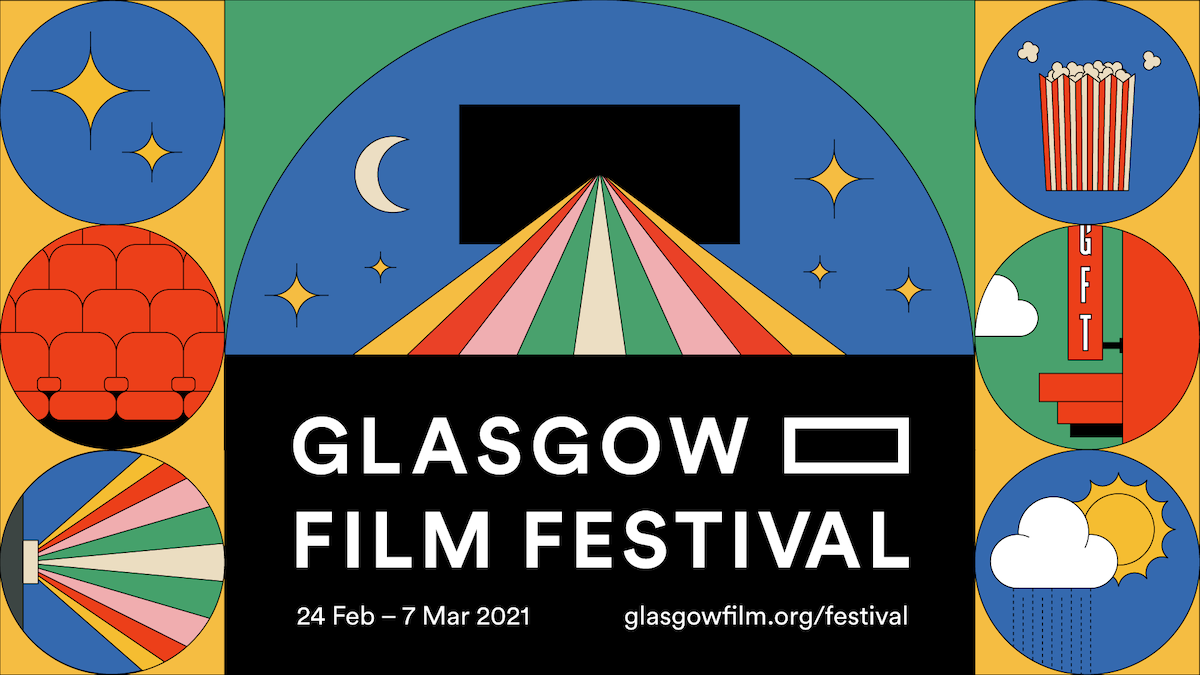 In less than two weeks, the first major UK film festival of 2021 kicks off in Glasgow. Alas, like most things right now it is a virtual ‘At Home’ event, with festival attendees being able to take advantage of Glasgow Film’s new online viewing platform. As sad as it is that we can’t all get together to celebrate the cinema we love, this does of course open up the festival to a wider audience who wouldn’t usually be able to make the trip to Glasgow.

The festival programme this year has a typically international feel, with numerous premieres from filmmakers across the world, and a special strand focusing on the stunning cinema of South Korea. There is of course a terrific selection of Scottish cinema to explore, a few much talked about American movies likely to be busy when award season rolls around, and as always, our friends at FrightFest have brought along a small selection of films to thrill and delight us.

Tickets for the programme are on sale now at www.glasgowfilm.org/festival. Titles will be available to view between 24th February and 7th March on the online platform Glasgow Film At Home (https://athome.glasgowfilm.org/), Glasgow Film’s streaming site. It is free to create an account and users can pre-order the GFF21 premieres they want to watch during the festival.

Here at Entertainment Focus, we’ll be virtually attending the festival, so keep an eye out for our reviews as they land. In the meantime, here’s our pick of a few of the must-see films at this year’s Glasgow Film Festival.

The opening film of this year’s festival, directed by Lee Isaac Chung and starring Steven Yeun (The Walking Dead), this semi-autobiographical drama tells the story of a Korean-American family living in rural Arkansas during the 1980s. A hotly tipped awards contender, this heartfelt and authentic depiction of the immigrant experience will undoubtedly be one of the highlights of the festival. We can’t wait to see it.

The latest entry into the pantheon of New Greek Cinema, comes in the shape of debut director Christos Nikou’s haunting deadpan comedy, Apples. Set during a pandemic which causes sudden amnesia in those who contract the virus, Aris (Aris Servetalis) must rebuild his identity and personality in a recovery programme for unclaimed patients. The director cut his teeth as assistant director to Yorgos Lanthimos, so we are expecting weird and wonderful things from Apples.

Written by none other than Irvine Welsh, and starring Ewen Bremner, Creation Stories charts the rise of Glaswegian Alan McGee, the founder of Creation Records, the label which launched some of the most culturally influential bands of all time. Directed by Nick Moran and co-starring Suki Waterhouse and Jason Isaacs, this promises to be a raucous retelling of a momentous era in British pop-culture.

Directed by Lawrence Michael Levine, and starring Aubrey Plaza, this darkly comedic indie drama tells the story of a filmmaker (Plaza) who has visited a rural retreat, to seek a breakthrough in her recent bout of writer’s block. But there’s a whole lot more going on in this twisty, meta, and philosophical deconstruction of art and culture. A hit at Sundance last year, and making its UK premiere at GFF, this is another we can’t wait to dive into.

The Man Standing Next

This multiple award-winning film from South Korea, submitted as the country’s entry for Oscar consideration, is a 70s set conspiracy thriller directed by Woo Min-ho. Set during the final days of President Park’s rule, The Man Standing Next is both an historical account of this tumultuous period in South Korean history, and also a pulsating espionage thriller. Complex plots, paranoia, betrayal, 1970s outfits, and political assassinations? Yes please.

In this article:Glasgow Film Festival