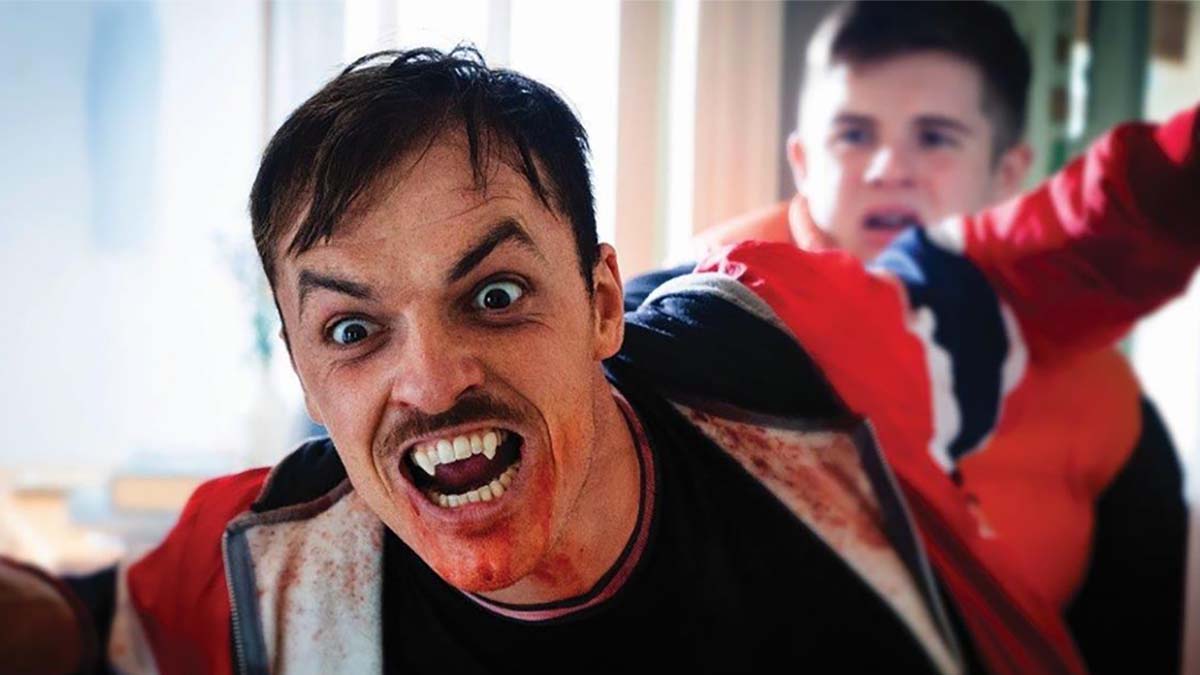 Arrow Video FrightFest is returning to Glasgow Film Festival from Thursday 10th to Saturday 12th March 2022, and today the film line-up has been unveiled.

Presenting 12 films over the course of the festival, the UK’s number one horror and fantasy film festival is back in person this year. The films span eight countries in three continents, including World, International and UK premieres.

Alan Jones, co-director of FrightFest commentated: “It’s with great delight and with every single bloody bell and werewolf whistle available, we can proudly announce that FrightFest Glasgow 2022 will be an awesome in-person event featuring the best new fantasy, horror and thriller movies, plus all the expected trimmings.

Things kicks off on Thursday 10th March with a stand-alone ticket presentation of the blockbuster thriller currently cleaning up at the Russian box-office. ‘The Execution’ is based on one of the Soviet Union’s most contentious crimes concerning a miscarriage of justice and the gruesome exploits of a brutal serial killer. This UK premiere is a transfixing blend of vendetta horror and neo-noir which keeps the plot tangled until the blood-soaked finale.

Want to explore your darkest nightmares? FrightFest’s two-day event kicks off on Friday with the Scottish premiere of the blood-spattered vampire spoof, ‘Let The Wrong One In’. Starring Anthony Head, director Connor MacMahon has crafted a wonderfully silly and ridiculously rude horror comedy for ‘Shaun of the Dead’ fans. Then there’s the World premiere of the extraordinary thriller ‘A Cloud So High’. The feature directing debut of Christoper Lee Parson is an astonishing high-wire act, a thriller stylised to maximum overload for a uniquely unsettling viewing experience.

Next up is the UK premiere of ‘Homebound’, a creepy and atmospheric chiller in ‘The Innocents’ tradition, marking the debut feature from director Sebastian Godwin, a ‘Screen International Star of Tomorrow’.

This is followed by the UK premiere of extraordinary contemporary fable, ‘You Are Not My Mother’. Rooted in eerie Irish folk horror, this quirky doppelganger mystery marks the arrival of the hugely talented writer/director Kate Dolan, who has been listed as one of Ireland’s leading emerging creatives under 30.

It’s time to take a hellish, blood-soaked, breakneck-paced, thrill ride into joyous Ozploitation 1970s as the evening climaxes with the UK premiere of ‘Wyrmwood: Apocalypse’, the long-overdue sequel to the spectacular 2014 FrightFest Glasgow hit.

Emerging genre talent continues to shine in Saturday’s programme and the first film on show is the UK premiere of ‘Mandrake’, an impressive demonic crime thriller by Lynne Davison, making her impressive feature debut. Davison was mentored through the ‘Women in Film and TV UK’ initiative by ‘Suffragette’ and ‘Rocks’ director Sarah Gavron.

Hold on tight for the next presentation – the UK premiere of Howard J Ford’s mountain-top pulse-pounder ‘The Ledge’. The director of ‘Never Let Go’ has conjured upanother suspense-filled, deadly cat and mouse game thriller that will have you holding on to your seat for safety. This is followed by the UK premiere of ‘Some Like It Rare’, an outrageous gory, black comedy written and directed by French humourist Fabrice Eboué.

The evening programme opens with the International premiere of ‘Monstrous’, directed by FrightFest veteran favourite Chris Sivertson (‘The Lost’, ‘I Know Who Killed Me’ and co-director of ‘All Cheerleaders Die’). This unique supernatural thriller stars the iconic Christina Ricci, who unleashes an emotionally powerful performance.

If Fellini directed Schindler’s List as a superhero adventure the result would be the next presentation, the Scottish premiere of ‘Freaks Out’. This astonishing epic fantasy extravaganza comes from Gabriele Mainetti, director of the Italian blockbuster ‘They Call Me Jeeg Robot’, who will be attending the festival.

This year’s feast of fearsome frights ends with the Scottish premiere of supernatural horror ‘The Cellar’, from Brendan Muldowney, the critically acclaimed Irish writer/director of ‘Pilgrimage’ fame.

In addition, there will be great guests (to be announced soon), Q & A’s, shorts, must-have giveaways and surprise clips.

FrightFest Weekend Passes are £75 and go on sale from 10am on Tuesday 1st February, 2022.  Passes will be exchanged for admission wristbands, which must be worn at all times to access all FrightFest films on Fri 6 March and Sat 7 March ONLY.

Tickets for ‘The Execution’, plus individual tickets for the Fri/Sat films are on sale from 10am on Wednesday 2nd February. Price: £11.50. £9.30 for all adult concessions.

Tickets are available from www.glasgowfilm.org/festival.