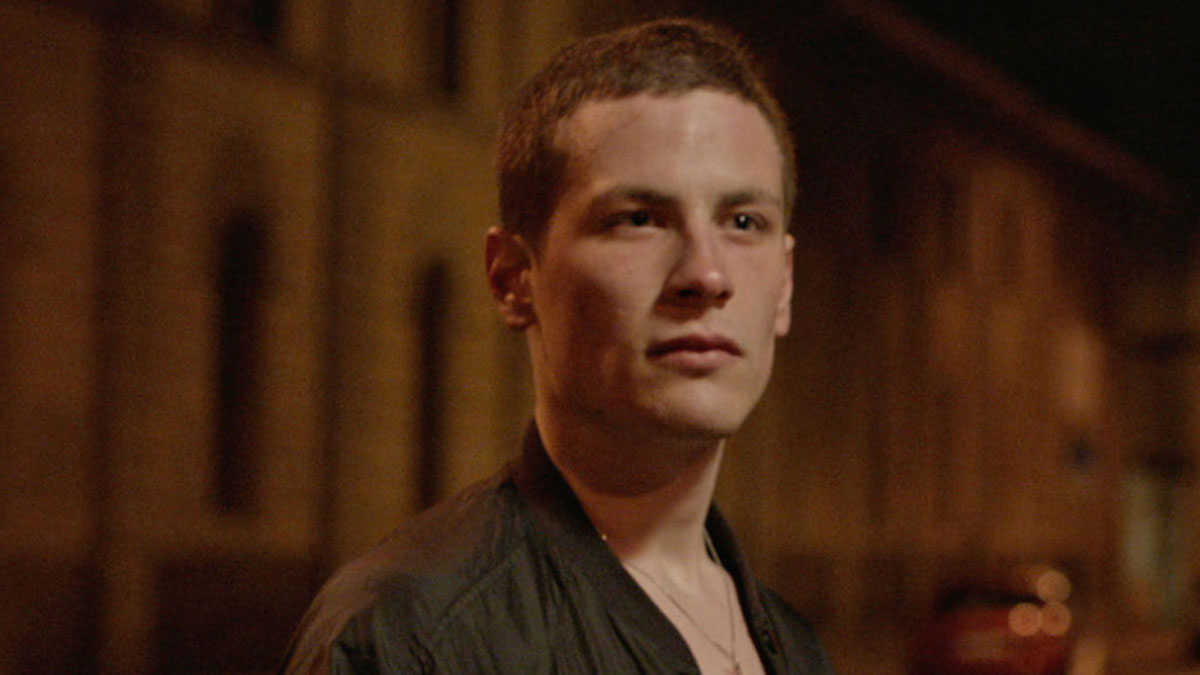 NQV Media continues its release of new content in 2021 with ‘Boy Feels: Desire in the Dark’ this week. Bringing together five coming-of-age short films, the collection focuses on boys in their complex formative years and they have a darker tone than we’ve seen from other NQV Media releases in the past.

Director Isabella Carbonell’s ‘Boys’ opens the collection and it takes you to an institution for young sex offenders. Focusing on Markus (Sebastian Hiort af Ornäs), the viewer is confronted with a character that has sexually assaulted a young girl with no explanation for his actions. As part of his treatment, Markus is trying to process and understand what he’s done, and meeting fellow inmate Tobbe (Marcus Lindgren) changes his outlook when he finds someone that doesn’t simply look at him like a monster. The subject matter is difficult and the short will make you think as you’ve likely never been confronted with something like this before.

The second short, ‘Ioana’, from director Simon Pfister is the crown jewel of this release. Young Romanian Adrian (Max Krause) is trying to raise enough money to get his sister out of Romania by working as a hustler on the streets of Zurich. He allows himself to get into horrendous situations, with the sole goal of being able to help his sister. Like the first short, it’s deeply unsettling but it really does highlight the lengths that people will go to change their lives and help the ones they love.

The three shorts after that aren’t as strong. Cleo Julia Mullis’ ‘Tomer & Elias’ tells the story of two brothers who observe the way their parents behave and decide to mirror it in the hope that it will keep them together. This gets a little uncomfortable by the end and you have to wonder if the older of the two boys is consciously being much more manipulative than he makes out he is. ‘Picnic’ from Jure Pavlović depicts a young boy being taken to see his father at a semi-open penitentiary by a social worker. I didn’t feel this short dug deep enough to make you connect with the characters and care.

‘Boy Feels: Desire in the Dark’ is something a little different from NQV Media. It’s less about sexuality and more about the hurdles and challenges young men face thanks to the decisions they make. All of these shorts are worthy of your time but for me, this collection isn’t as strong as previous releases have been.