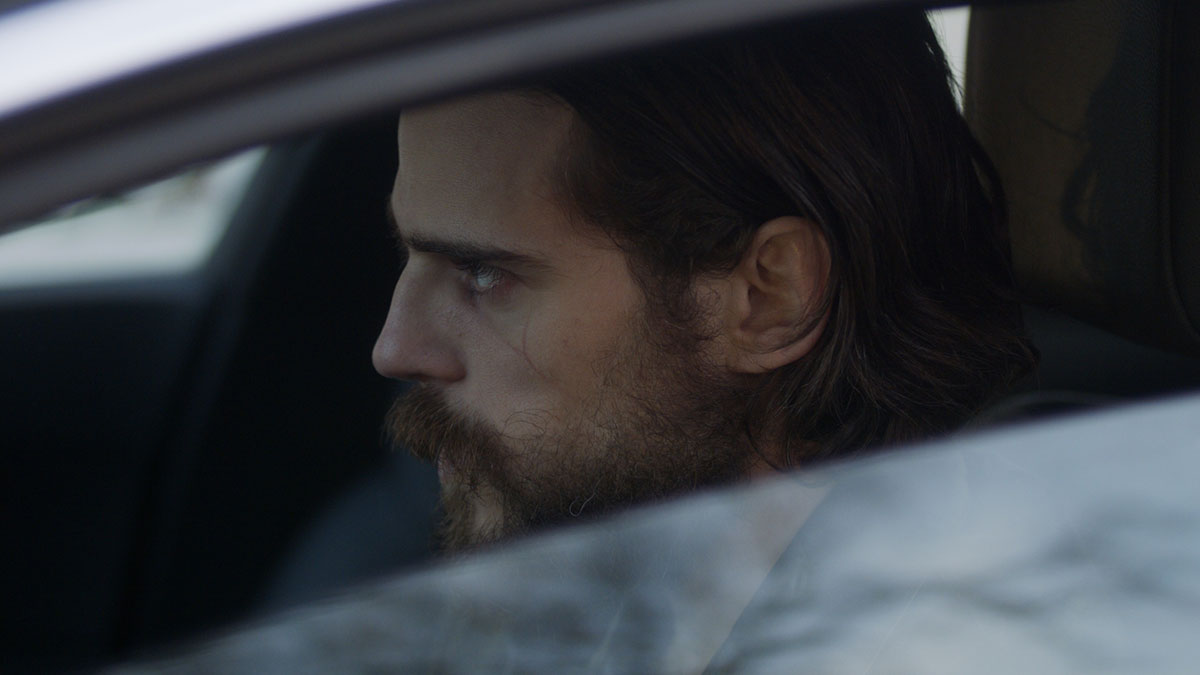 Uber driver Leo (Kevin Mischel) spends most of his time in his car, disconnected from the world due to past trauma. With aspirations of being a composer, Leo is frustrated and incredibly private, rarely letting anyone in. One day he picks up deaf dancer Amélie (Aurélia Poirier) and he feels an instant connection with her. Nervous around her, and unable to properly communicate, Leo tries to impress her while harbouring a dark secret that he preys upon, and murders, defenceless women.

‘Out of the World’ is a film quite unlike any other that I’ve seen before. Director and writer Marc Fouchard has crafted a compelling and unique story that combines romance with deeply unsettling horror. When the viewer is first introduced to Leo, he seems to be a nice enough guy but it’s clear that he has issues. His first meeting with Amélie is unremarkable but his quickly becomes obsessed with her. The reveal, shortly after, that he likes to murder woman comes as a bit of a shock and plunges the film into much darker territory than you’ll expect.

With each woman he stalks and kills, Leo is looking for a way to impress and win over Amélie. At one point he holds a woman captive in her home while he questions her about how to win a woman over. It’s chilling and made even more so by Leo’s disconnect with his actions and disregard for any potential consequences. Amélie is completely unaware of course that her love interest is a psychopath and as she draws closer to him, you’ll move to the edge of your seat desperately hoping she realises what he’s really like.

At the centre of the film is a very strong performance from Kevin Mischel. Despite the horrendous actions of Leo, the audience still stays on his side and that creates an uncomfortable feeling while watching the film. It also makes you fear for Amélie who seems to be off-limits for Leo as far as being murdered, but you never feel you can fully predict what Leo is going to do next. Aurélia Poirier is impressive too, with one particular dance sequence bringing a surprising amount of beauty to an otherwise very dark film.

‘Out of the World’ is unsettling, it’s difficult to watch at times and it’s utterly heart-breaking. If there was ever a romantic horror, this film would be the definition of it. I would have liked to delve more into Leo’s past but we get enough of his backstory to keep up satisfied. The climax feels inevitable but that doesn’t make it any less shocking, and I’m fairly certain I already want to watch this film again.