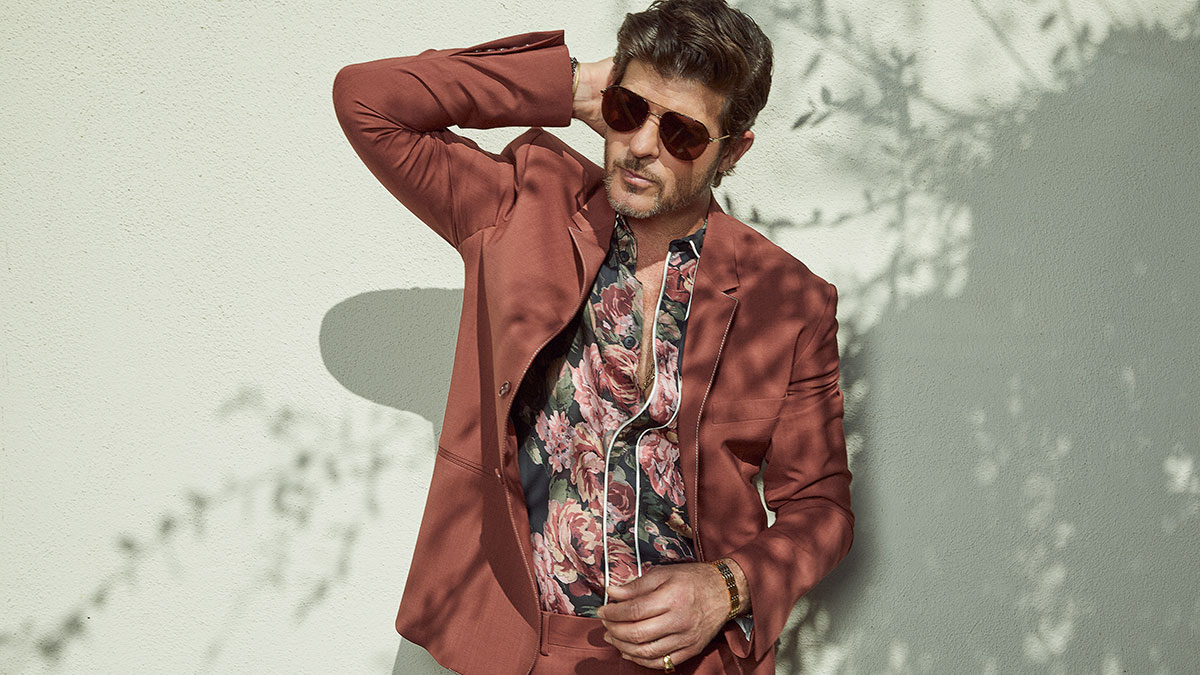 Robin Thicke built a solid reputation as the face of modern R&B thanks to the success of 2007 single ‘Lost Without U’ and its parent album ‘The Evolution of Robin Thicke’. For the next six years, Thicke proved to be a consistent artist dropping high quality albums that showcased his abilities as a writer, a musician and a vocalist. In 2013 he released the Pharrell Williams-produced ‘Blurred Lines’ (and the album of the same name), which catapulted him to the top of the charts across the world but ultimately took a wrecking ball to the career he’d so carefully built. Controversy around the song’s meaning, a lawsuit from the Marvin Gaye estate, and an ill-judged MTV performance with Miley Cyrus turned Thicke from the hottest star on the planet to one of the most derided.

Things got worse when Thicke separated from his wife, actress Paula Patton, in 2014 and that same year he released new album ‘Paula’, which was a very public attempt to win her back. The critics mauled the record and Thicke ended up divorcing Patton in 2015. By that time the tabloids had taken their pound of flesh and Thicke took a step back from the limelight. A handful of singles have followed over the past few years and Thicke has proven popular as a panellist on ‘The Masked Singer’ in the US. With his eye back on his music, Thicke is also ready to get back to his roots on eighth studio album ‘On Earth, and in Heaven’.

Long-time fans of Thicke will be pleased to know that ‘On Earth, and in Heaven’ is a reset of sorts for the singer-songwriter. The mainstream pop of the ‘Blurred Lines’ era is nowhere to be found and these 11 songs are a real return to the music Thicke was making when he on his way up. Lead single ‘Forever Mine’ wipes the slate clean and mixes gentle jazz rhythms with blue-eyed soul. It’s the kind of music Thicke was born to make and it’s a million miles away from his biggest hit, which is a good thing. Paired with real instrumentation, Thicke’s beautiful falsetto allows you lose yourself in the music and it’s stunning.

Thankfully the rest of the album follows suit. Opening track has that slight bossanova groove that Thicke has incorporated into his music so successfully over the years. Without all the bells and whistles, Thicke shines the brightest and honestly, when you have a voice like silk, you don’t need it to be overwhelmed with production. The groove lifts a little on second song ‘Hola’, with a gentle beat and flamenco guitar, and it’s a classy slice of adult pop that leans into Thicke’s romantic side.

‘Lola Mia’, a tribute to Thicke’s daughter, is a loving promise from a father to his child, ‘Things You Do To Me’ is a classic slice of soul that’s so authentic you’ll feel like you must have heard it before, and ‘Out Of My Mind’ is a personal song about dealing with depression and anxiety. On the stand-out ‘Beautiful’ you get to hear Thicke at his most commanding as he flits between his husky lower register and his angelic falsetto. It’s ear candy of the purest kind.

In the last section of the record, Thicke celebrates frontline workers, mothers, daughters and grandmothers on ‘Look Easy’, revisits a song he started with Pharrell years ago on the stunning ‘Take Me Higher’, and delivers one hell of an emotional punch on closing track ‘That’s What Love Can Do’, the first track he wrote after his father passed away.

‘On Earth, and in Heaven’ is a bid to get Thicke’s music career back on track and it’s a stunning collection of songs that ought to do just that. Forget about ‘Blurred Lines’, this is the real Thicke right here, laying his heart bare and serenading us with his incomparable voice. No one else in modern music can do what Thicke does, and this album is a much-needed return to form.