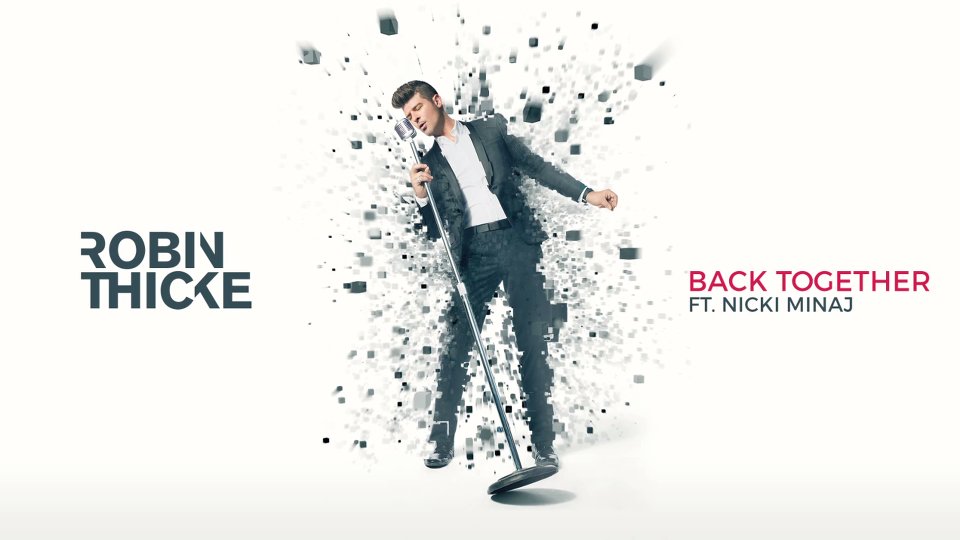 Robin Thicke has teamed up with Nicki Minaj for new track Back Together.

The uptempo track is a soulful slice of Robin at his finest and it marks the second time he’s collaborated with Nicki following their 2011 collaboration Shakin’ It For Daddy. Back Together is the second track to be released from Robin’s upcoming studio album.

Earlier this year Robin debuted Morning Sun, a laidback soulful jam that marked a return to his signature sound after the release of 2014 album Paula. He’s also enjoyed success featuring on the Flo Rida track I Don’t Like It, I Love It with Verdine White.

Following the success of 2013’s single and album Blurred Lines, Robin experienced a backlash causing Paula to under-perform. The singer also experience well-documented personal issues with the breakdown of his marriage to actress Paula Patton.

Details on his new album are being kept tightly under wraps but it looks like Robin may be on the road to a rather impressive comeback.

Listen to Back Together below: