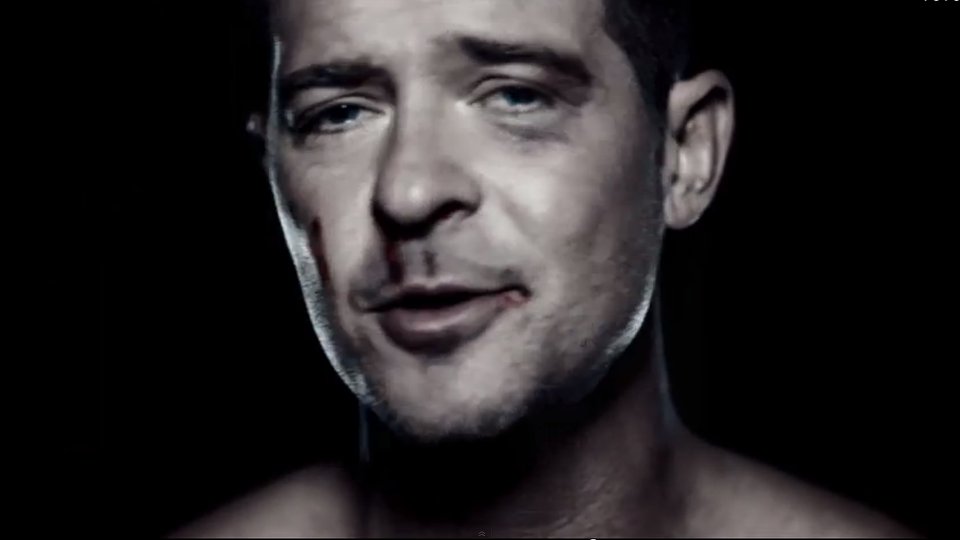 Following the huge international success of last year’s Blurred Lines, Robin Thicke has found himself under a hell of a lot of scrutiny. Until that point, Thicke had remained largely under the radar outside of the US with the notable exception of Top 10 hit Lost Without U back in 2007. Blurred Lines has proven to be a double-edged sword for Thicke and he’s struggled to find another hit of the same proportions.

Since achieving global fame, Thicke has found himself hit with criticism left, right and centre about everything from his music to his personal life. In the aftermath of his success, Thicke announced he was separating from his wife Paula Patton in the midst of claims that he’d been unfaithful. With his new album Paula, Thicke has returned to the sound that he explored prior to Blurred Lines and has embarked on a public campaign to win her back.

Before anyone even heard Paula, the knives were out and the album’s remarkably quiet release here in the UK has seen some critics label it a flop after it sold 530 copies in its first week. It would seem though that those ‘critics’ haven’t actually listened to the record because if they had they’d find a genuinely emotive and moving record from a talented artist who is laying his heart on his sleeve.

The album’s lead single Get Her Back is a good indication as to the sound and style of Paula. Out are the EDM beats and pop sensibilities of last year’s Blurred Lines album, and back in are the soulful grooves, honest lyrics and gorgeous vocals that made us fall in love with Thicke in the first place. Get Her Back sets the tone perfectly for Paula and is one of his boldest statements about wanting to reconcile with his wife.

Over the duration of Paula, Thicke tries out a few sounds we’ve not heard from him before. Living In New York City is brashy soul-tinged track, Love Can Grow Back sounds like an ode to the legendary Etta James, and Time of Your Life is big band a la Michael Buble. Something Bad is one of the ballsiest tracks on the record with Thicke seemingly acknowledging his own shortcomings.

One of the best moments comes on emotional album closer Forever Love. The simple, stripped-back piano ballad is simply stunning and it’s nice to once again hear Thicke’s voice away from the polished pop of his last record. The sentiment is gorgeous and the vocal is one of Thicke’s finest.

Another highlight is Lock The Door which features female harmonies as Thicke recounts an explosive argument in a call-and-response kind of way. The song suggests that Thicke ignored the warnings from his estranged wife that their relationship was heading for trouble.

Whether or not Paula is a huge commercial hit is neither here nor there really. The album is clearly a passion project and one that Thicke has poured his heart and soul into. We actually think it’s a brave record with plenty of variety and for us this is the real Robin Thicke. Whatever anyone else tells you about Paula, we ask that you listen to the music before you make a judgement. We can guarantee you’ll find yourself surprised.