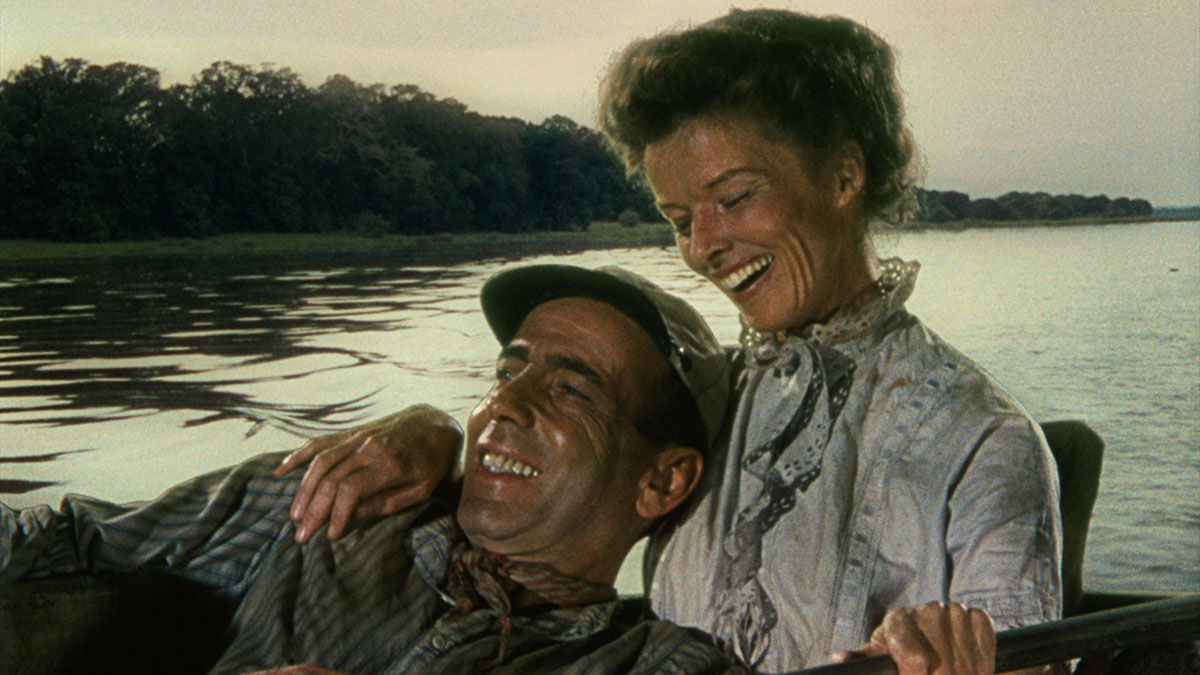 Eureka Entertainment has re-issued ‘The African Queen’, John Huston’s heartfelt and thrilling romantic adventure starring Humphrey Bogart and Katharine Hepburn, on Blu-ray as a part of The Masters of Cinema Series.

Three movie giants come together in the cinematic classic ‘The African Queen’, combining the masterful direction of John Huston with the fabulous chemistry of Humphrey Bogart and Katharine Hepburn in their only onscreen pairing. Adapted from a novel by C.S. Forester, this wartime romantic adventure sees the pair forced to travel together down a hazardous East African river after the outbreak of World War I.

Katharine Hepburn plays Rose Sayer, the maiden-lady sister of a prim British missionary (Robert Morley). When invading Germans kill her brother and level the village, Charlie Allnut (Bogart in the role which won him his only Oscar), the slovenly, gin-swilling captain of a tramp steamer called the African Queen, offers to take Rose back to civilisation.  She can’t tolerate his drinking or bad manners; he isn’t crazy about her imperious, judgmental attitude. However, it does not take long before their passionate dislike turns to love.  Together the disparate duo work to ensure their survival on the treacherous waters and devise an ingenious way to destroy a German gunboat.

‘The African Queen’ is one of the most beloved films in the history of cinema, and may well be the perfect adventure film. With a roller-coaster storyline complemented by the chemistry between its stars, and masterful direction from John Huston, The Masters of Cinema Series is proud to present ‘The African Queen’ on Blu-ray.

‘The African Queen’, a thrilling romantic adventure starring Humphrey Bogart and Katharine Hepburn, is out now on Blu-ray and can be purchased here https://amzn.to/3e2b8bg